News 26 Sep 2017
Voting is now open for the 2017 Modification/Homemade Contest. Polls will be closed at 11:59pm eastern time Friday October 6. Results will probably be posted by the following Sunday October 8.

Please go to each of the following threads and, review the writeup, and rate each blaster on the 4 listed criteria (Originality, Functionality/Aesthetics, Complexity, and Writeup Quality)

Dusting Off The Cobwebs 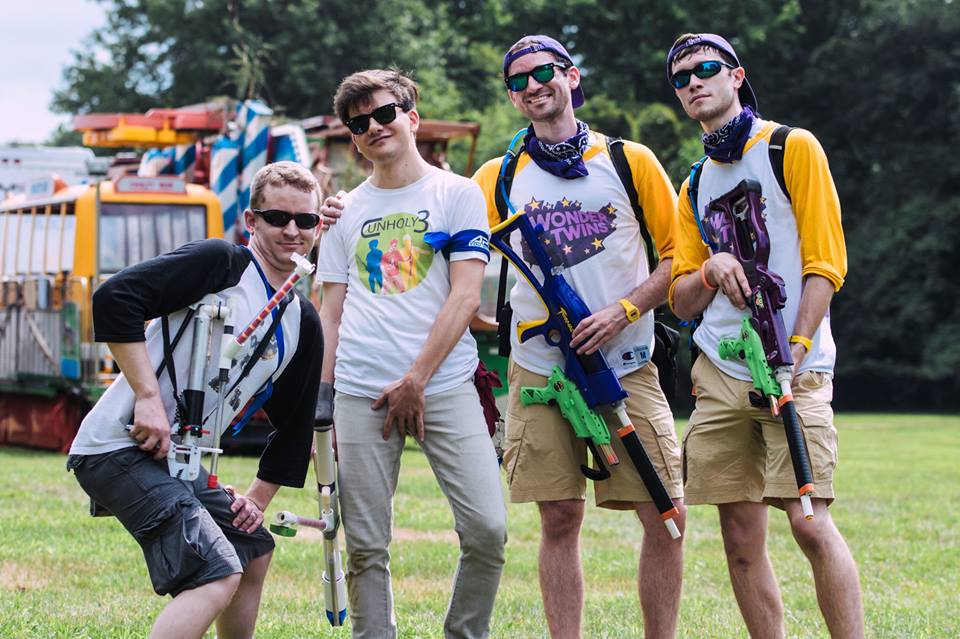 It's the 2017 war season, and boy, is it overdue for a news post. We finally have the Apocalypse 2017 thread up and running with all the information you need, and Armageddon 2017 (the 18th edition) is a week from today. Break out those blasters, those works-in-progress, order those darts from China, and get ready to fling some foam. Check out the useful information below and be sure to opine on the discussion topic.

So our hosting made some unexpected changes which broke the site, and after trying to deal with technical support people from two different companies and a database that resembled a dumpster fire, I gave up and reset the site back to the latest viable backup (thanks to Doom for providing backups).  We lost about a weeks worth of posts, but the problem appears to be resolved.  Thanks for your patience during the downtime.

Spring/Summer 2016: Once More Unto The Breach

GET HYPE FOR NERF WARS

It's spring, so hopefully the thaw has found you and opened your fields for competition. This summer we will see the next installments of Armageddon and Apocalypse, the longest-running and second-longest-running Nerf wars in the community. Can you believe that Armageddon is turning 17 this year? Insane.

If you would like your war featured, please make sure to post in the 2016 Nerf War Schedule thread.