HI! Meaker VI
This file release date is already scheduled,
coincidentally  everyone is releasing their new work at this time!
Swapable barrels are very creative,
Can this be replaced with a rival round or mega?
PVC Pipes is:
CNS (Chinese National Standards)1298
>>>>>What kind of FPS/range do you get?
60~72 (6kg spring)
75~110(12kg spring)
>>>>>Great work as always 3dBBQ
Thank you!

I'm curious about your turret development.

I intend to use rubber band as a rotating power, pre-winding idea,this will be easier than pressing the trigger.

There is one aspect that i'm especially interested in - the flip top hopper feed cap. Is that one you might consider releasing the files for?

Thanks to everyone who contributed ideas.

I adopted soda bottle for designing. It is very light and works just fine.

A few months ago, I spent a huge amount of time dealing with airtight, especially for the connector due to uneven surface and gaps, even with 100% infill. They made air sealing very hard and tricky. After a whole month of struggling, I overcame the problem eventually. The solution is to keep the airtight object from touching 3D surface. 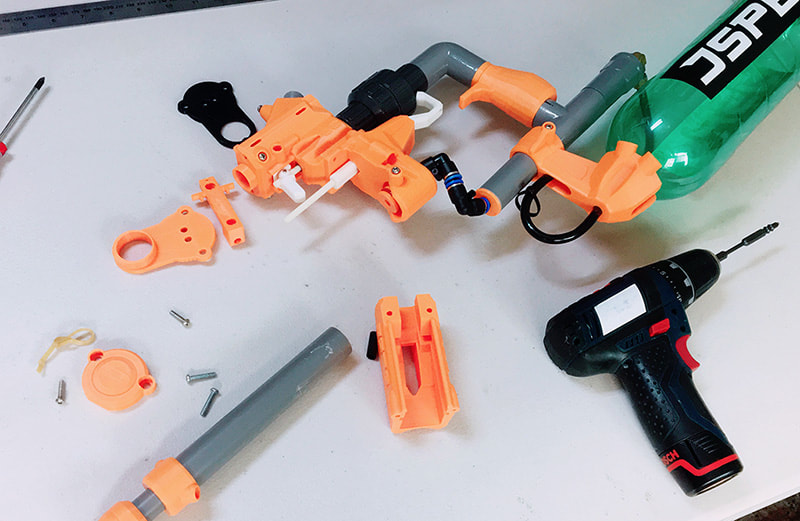 The soda bottle air tank that everyone has been waiting for is coming! It is capable of continuous air supplying, safe and low-priced. After trying a bunch of different methods and going through a lot of materials, I found the best solution at last! Let us take a look at the series of changes! 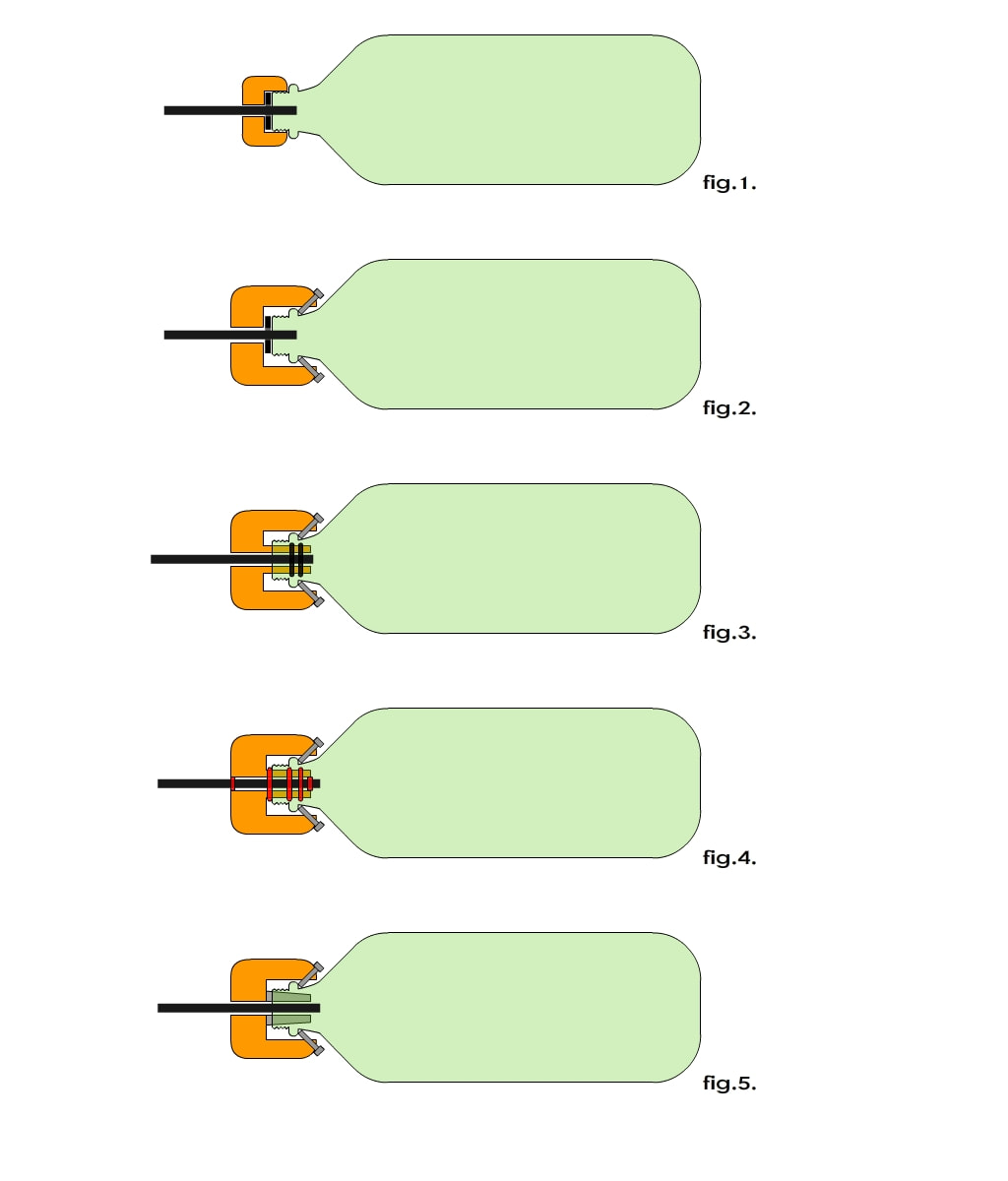 The design concept of soda bottle connector differs from general design due to the coordination with 3D printing materials. For example, avoid using support material while designing components.

ver.1 (fig.1.) The connector is composed of a traditional cap and a washer. The airtight is incomplete and the cap could loosen up easily during movement. ver.3 (fig.3) A plug-shaped thingy is created, placed into the opening of the bottle, and fixed with 4 screws to keep the cap from loosening up.

ver4 (fig.4) Replaced the material of O-ring with silicone rubber and achieved 99% airtight. However, air leaks from the contact surface between PU tube and 3D printed part. Though the contact surface could be glued to reach 100% airtight, it causes a lot of trouble. Eventually, ver5 (fig.5) is able to keep all air pressure from the surface of 3D printed part by plugging the bottle with a cork (rubber stopper) and inserting a PU tube to achieve 100% airtight. 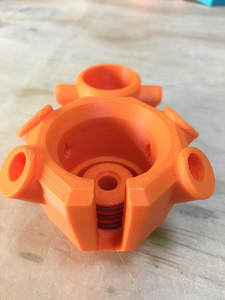 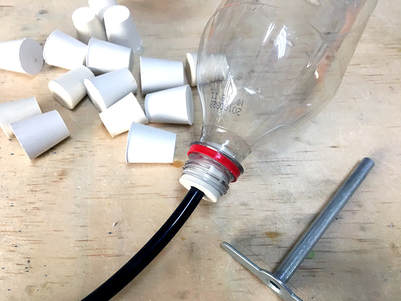 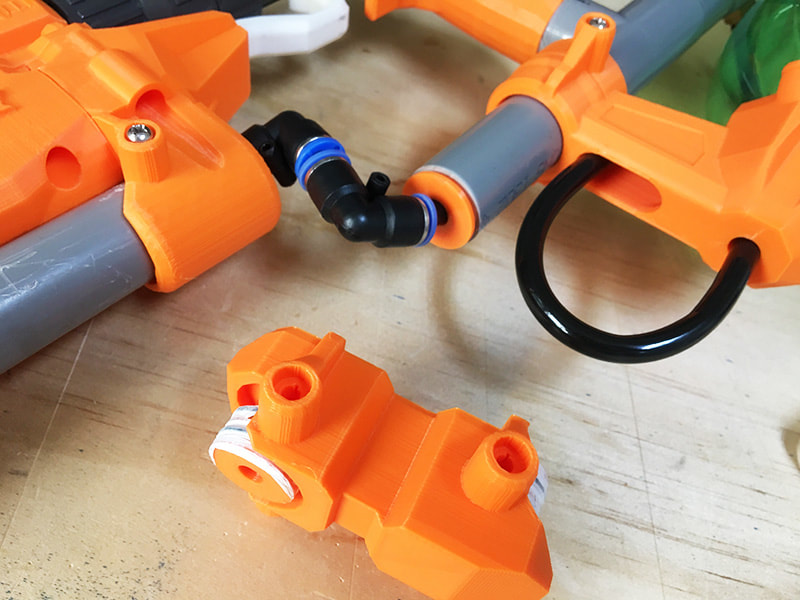 Fig.8. S-Path
(fig.8.) To improve the appearance, I created S-Path, a part that moves the air pump upward. Originally the part was 100% fill 3D printed, later replaced by pneumatic quick coupling connected with PU tube due to airtight problem as mentioned earlier. 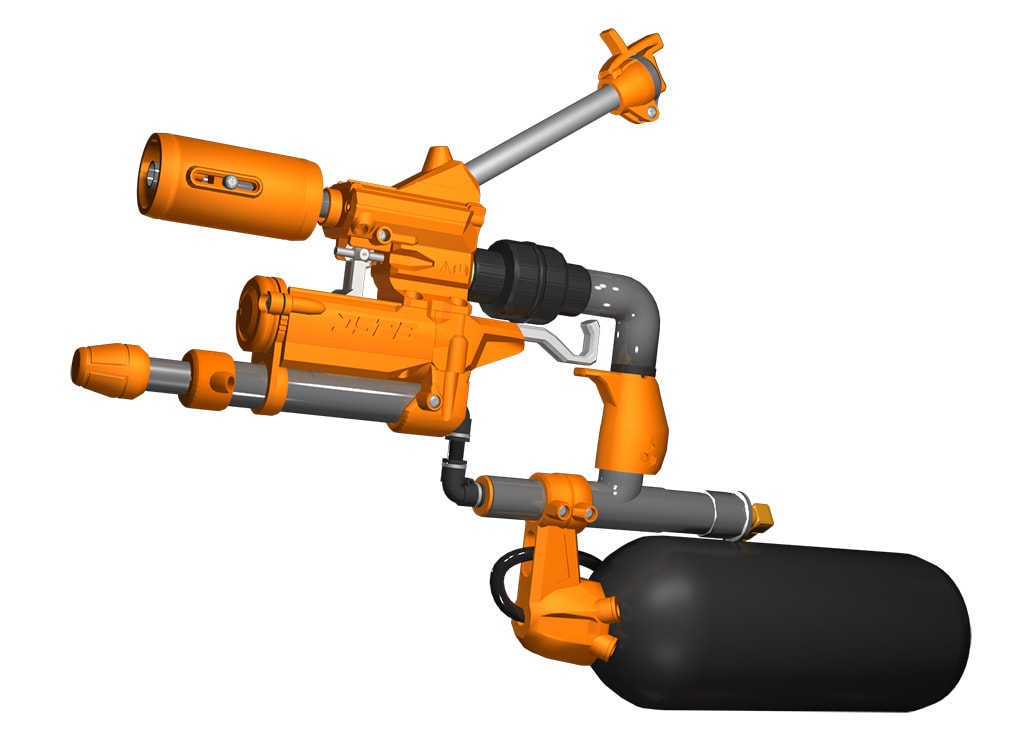 fig.9. complete assembled illustration of B&B Mini hopper + Mega tank + S-Path
The mechanism of cylinder rotation is powered by pulling the trigger. However, the rotation could be smoother. So far, I’m trying to fix this problem.The development of Mega tank has come to a temporary end. It’s time for cylinder.  The below image (fig.10.) is a prototype in testing phase.
​ 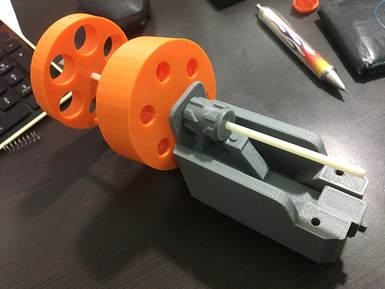 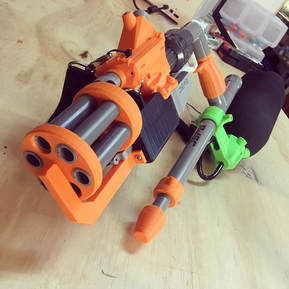 fig.10. ​Cylinder
At the end, let’s talk about other things. First, during manufacture, filament often ran out without my knowing. Therefore, I installed an optical filament runout sensor. The alarm will be triggered if the filament ran out or broke, indicating the filament needs change or refill. 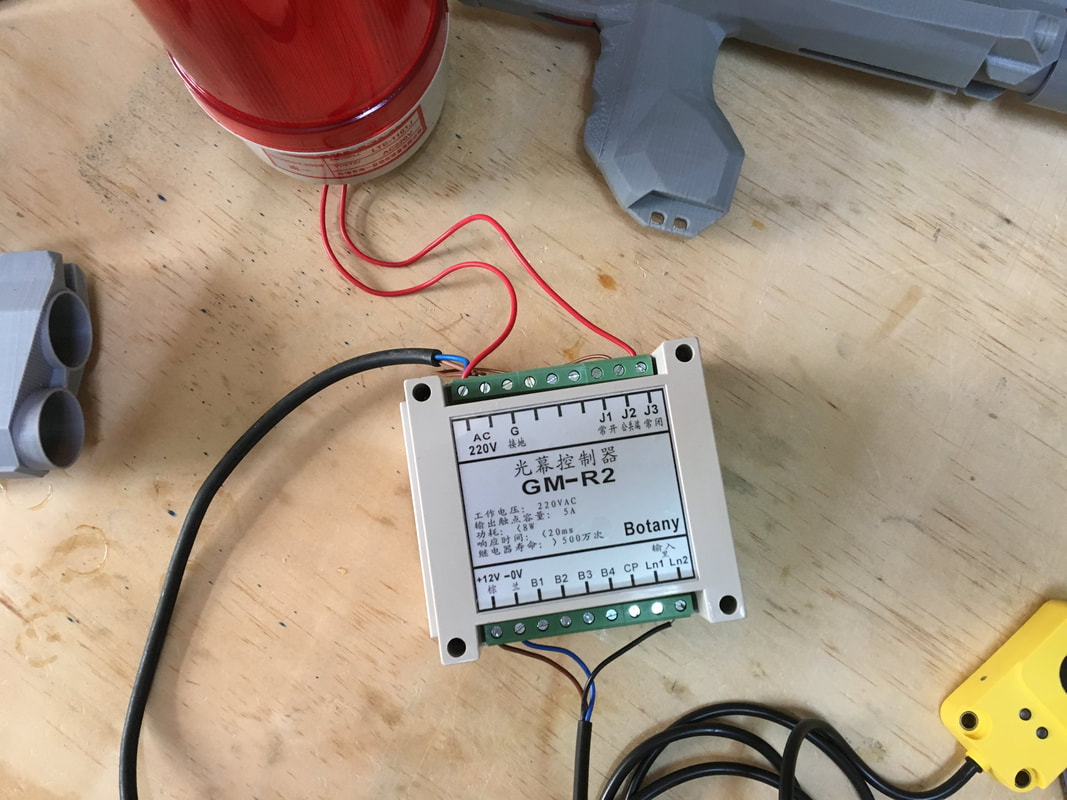 Then, it comes to JSPB check valve 3D. The design concept is fairly simple. I hope that people are able to print their own check valve at home instead of buying expensive ones or ones that breaks easily. Simply print it yourself. 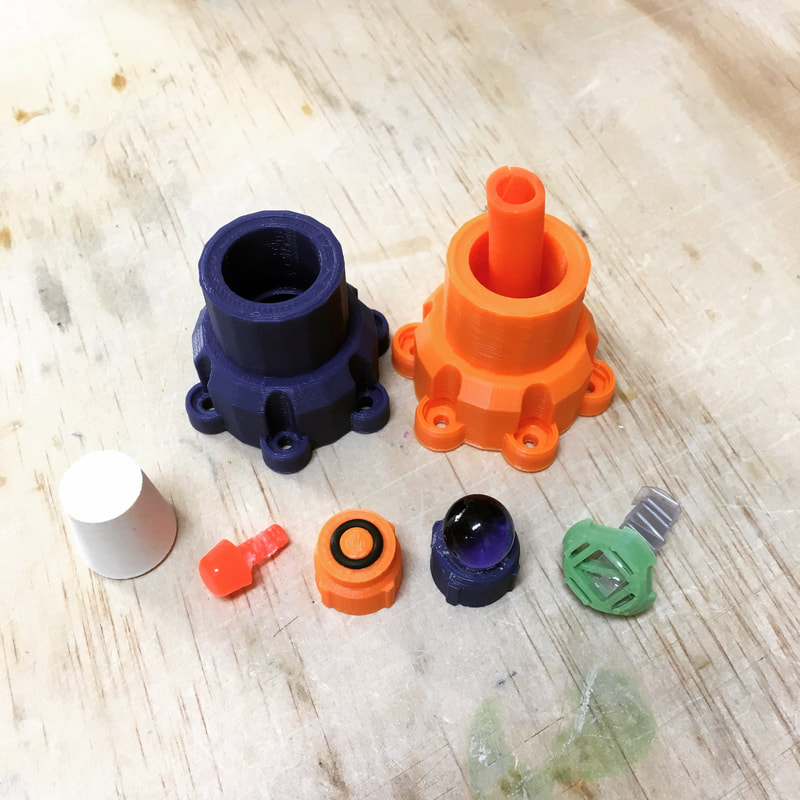 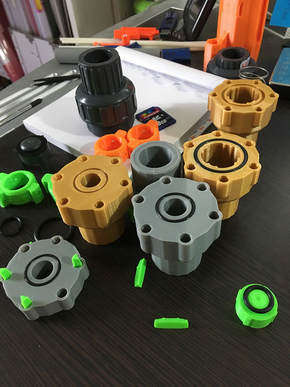 JSPB check valve 3D is not yet completed though many materials and parts have been tested. So far what I know is O-ring and marbles are not applicable. After preliminary test, Nerf dart tip and cork seems to work and are ready for further testing.


This is my recent progress and development for the last two months. Thank you!