My entire Arsenal, complete with all of my new barrel attachments.

Just picked this up.

Painted 2k for a friend.
It's actually carbon black with hunter green internals.


I know it isn't anywhere close to a great PJ, but this guy is worse than OMC about throwing guns, so...

This is my longshot with a recon spring inside. Also sprayed a red tiger camo. This gun i call "Skullsmasher".

Write me in for President!
Colbert 08'

I just got finished with my Mega Maverick and Nite Finder. The Mega Maverick has the air tank from the Mega Missile and has been extended with pvc pipes. At about 8 pumps it can fire whistler darts up to 60 ft flat. The Nite Finder just has the basic mods of air restrictor and post removal. 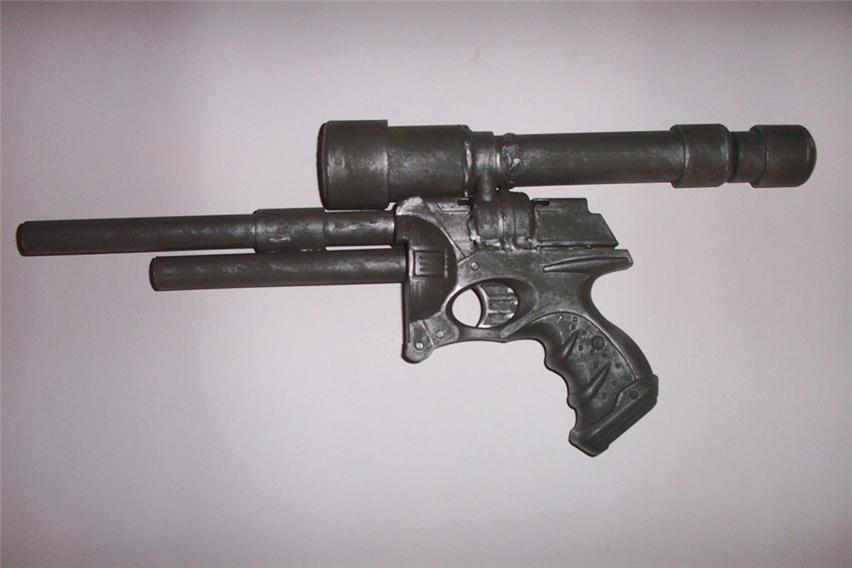 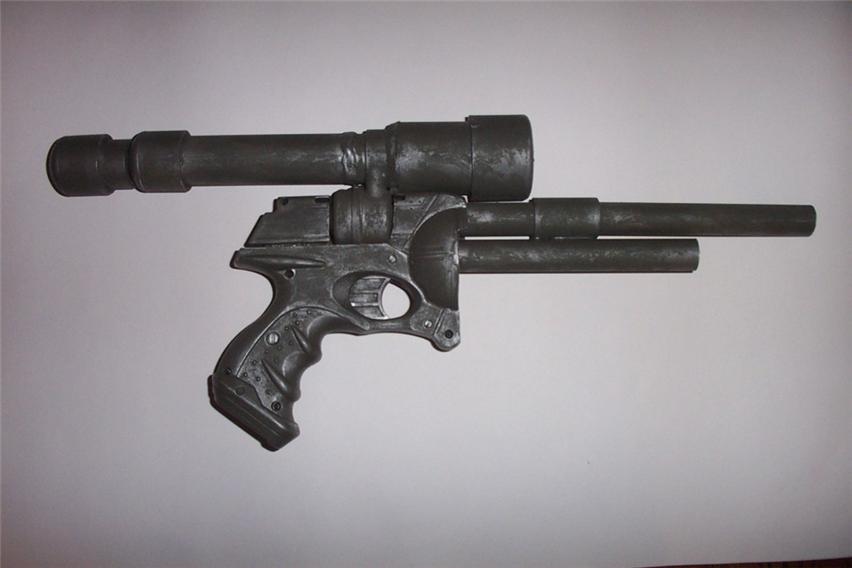 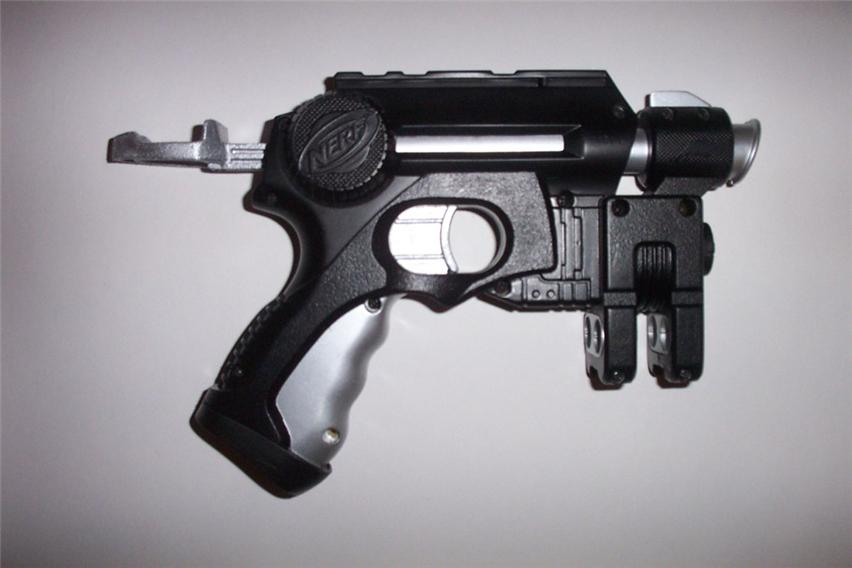 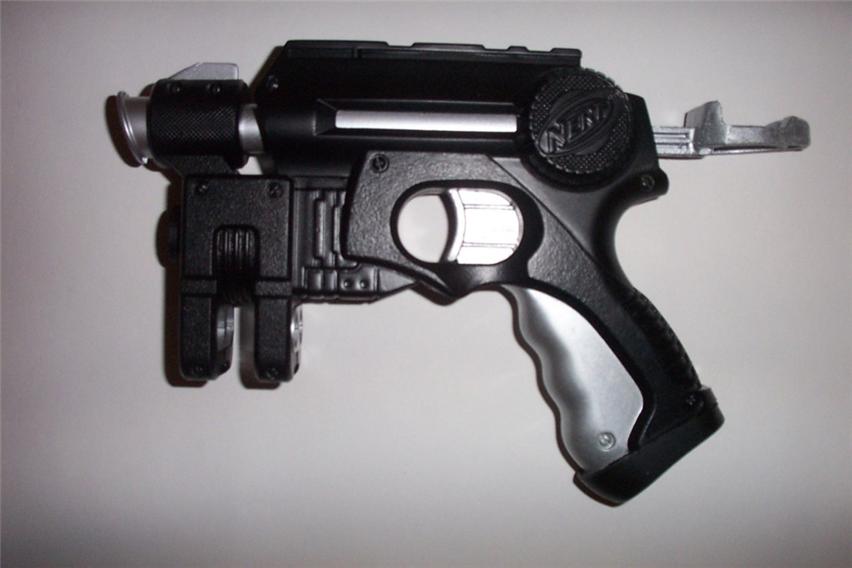 Made it at the top!

Split's Thundersplat - Video at the bottom!

Ranges are what I expected, 35-45 feet. That's with Blacksunshine light stefans. When I use the medium weighted stefans ranges drop dramatically. I didn't know dart weight could throw ranges so far! It's still not worthy of an outdoor sidearm, but it's quite fun in my house!

And here it is, the fabled 50 round ammo box for the Vulcan, made without the use of a cookie tin. I'll post a write up later tonight, though in all actuality it wasn't that hard.

No paint just yet, and by the time it's done it will be much prettier.

I call it the rebel

I am especially proud of the Nerf logo

and the detail on the chamber.

I know it doesn't match up to really good PJs like Salindin's, but it's my first time and I think I did a good job.
-iMod

Kid Flashed Vulcan: Yes it is balancing on a phone

Front View. Yes, that is a piece of copper tubing. It fits the barrel, oddly enough.

My modded nightfinder.
It's my first real paintjob, I used krylon fushion and then painted on the silver. I had to use paint marketed for plastic model cars.
GIVE ME FEEDBACK AND ADVICE IF YOU HAVE IT.

My modded/painted Air Zone Professional. I re-barreled it with CPVC, drilled a hole in the tank and added a 1/2" PVC endcap to give it more power. Due to the tiny pump stroke it takes a while to fill, but it packs a hefty punch for it's size.

Forget about ranges; range means nothing if your blaster is a giant rattle after three shots.

I reinforced the priming bar, trigger, and the plunger head
PVC with a nested CPVC coupler for multi-barrel use.

Anyway, when I max out the stock OPV, I get 60-70 foot ranges. Less if I use the silly light balls instead of my preferred yellow Target balls.

I also glued 1/2" copper coupler in to the compression adapter, which allows me to use a long (like 12" - 16") CPVC barrel for dart shots up to 150 feet. No joke. Flat. I shot my neighbor, across the street in his yard, from the back edge of my 126' long lot. Good thing he's in college, or he probably would have been pissed.