Hey guys, I may be coming to America very very soon, and was wondering if anyone would be willing to host me and take me to wars and such. Keep in mind I would be there for about a month. I would have about $200 spending money, to spend on blasters not available in Australia.

I really hope to see someone who is willing to 'take me under there wing'. No pedophiles please.

Hope to see some of you soon.

Me and my friend just made a review on the Lanard Triple Shot and Nerf Bandolier Kit. I would love for you guys to check it out.

Hey guys, i know there isnt a lot of Australian nerfers on this particular forum, but if there are, and any from Melbourne, it's going to be on the 6th of March. PM me for a location, since where still looking. BYO blasters please. MUST WEAR EYE PROTECTION!

Hey guys, I recently saw a Buzz Bee Power Bow, and it looks sort of like the old nerf Bow n Arrow.

I was wondering if you guys new if its a good buy, or if its just a cheap, unmodifiable blaster.

) and a lot of 16 dart refill packs for $7. I'm really only interested in the power bow.

Thanks guys, i hope to here you opinion. If you guys think its worth it, ill get it and make a mod write up. 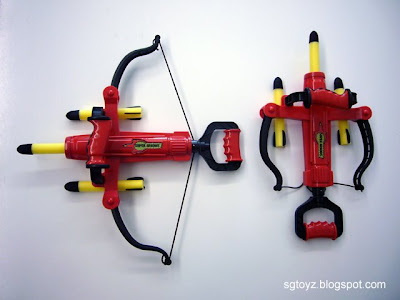 Help With The Buzzbee Belt Blaster!

Hey guys. I got the Buzz Bee Belt Blaster a while ago, and havn't seen any mods done to it on the 'haven. I want to single it and make it like an angel breech, but with no clip. Is this possible?

But i defiantly want it singled, because i see serious range potential if treated right. I want it for a primary at my upcoming war. Please help. Any suggestions welcome. Also, this isn't on the subject, but is getting a Star Wars clone trooper blaster for $50 worth it?