That looks amazing.  Could you do a DIY guide?

Both of my links are to guides.

shmmee, quite nice work. I bet the hair was heavy!

Back in the day I used to build homemade water guns. I've gotten back into this lately, though the new one I built this year hasn't worked so well and I intend to re-purpose it. I'm planning another one which would completely avoid the faults of my newest one.

One homemade water gun I built that I'm particularly proud of I called SuperCPS. 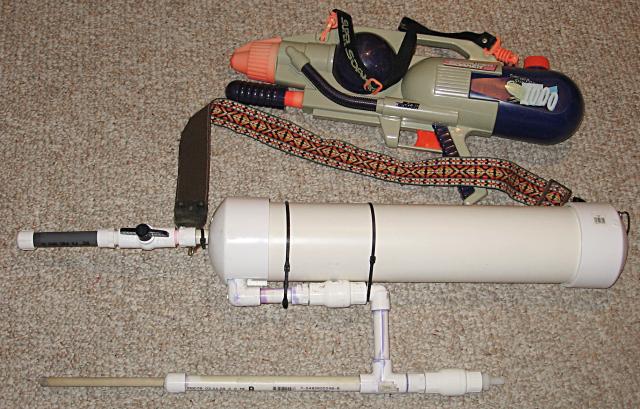 This one worked nicely, but I broke part of it by trying to upgrade it. I never bothered to fix it, though I might now.

My most powerful one I called Supercannon II. Not practical for actual water fighting in any way, but it's extremely powerful and gives a good buck when shot, especially when the nozzle is removed so you have a 1.5" diameter water jet. 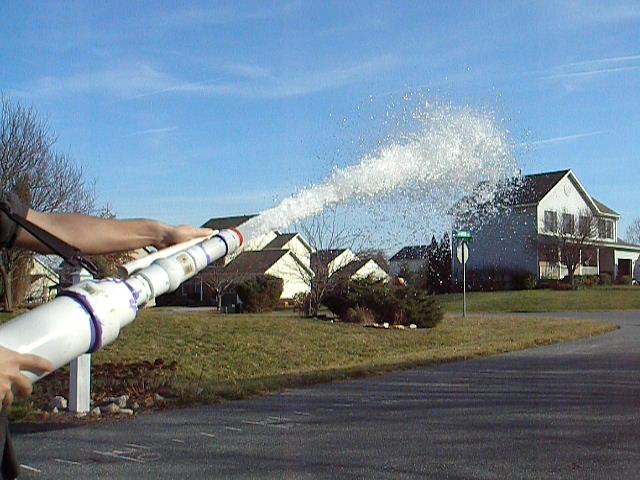 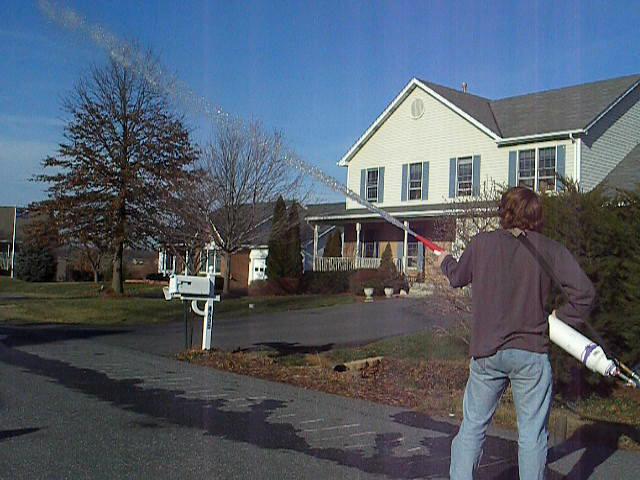 Back in 2008 or so I bought some hefty constant force springs (probably 9293K14) for a water gun design. You usually want constant pressure, so this would do that. I don't remember all the details, but after getting two of the springs (to avoid the balance issue you have) I scrapped the project and returned the springs to McMaster-Carr. I think I decided the springs were way too unwieldy, and I was skeptical of the safety of the design. But this is making me reconsider given that it could be combined with another crazy idea I have for a water gun, which probably wouldn't require the largest springs.

Ultimately, I think Kane is right and increasing force is better for Nerf. You want to build up pressure as quickly as possible, so you'd want higher force initially to get higher acceleration and more compression initially.

The age of the tubing is less of a concern than how many stress cycles it has been through. Silicone (silicon tubing does not exist to my knowledge and seems to be a typo on Hobby King) rubber can be pretty good in this regard from what I've read, but I've never seen comparisons with latex rubber. No time to look right now, but I'll post again if I find anything along those lines in the future.

In Topic: What to do about Broken Images. Also, Fuck Imageshack

Langley, I did an image backup in 2014, and it appears to be on the root of the NH server in a file called "nh_images.zip". Probably is worth checking out for images lost in the interim. I don't have the time to look at it right now, unfortunately. I also don't recall saving the images in a particularly logical format. I imagine they were all just put in one directory, and if I wanted a broken image I'd match the filename. There could have been conflicts.