So I got 2 dozen of Draconis's Small Bore Ballistic Balls and naturally I want to shoot them at my friends. I spent a little time walking around Lowes dropping one of the balls through any and every tube I could find.

What I found was that the best fit around was a 1-1/2 galvanized steel pipe that weighed about 5lbs. Obviously this won't do for a war ready blaster.

The next best fit (which is still really good) was in one of these nifty drain extenders. 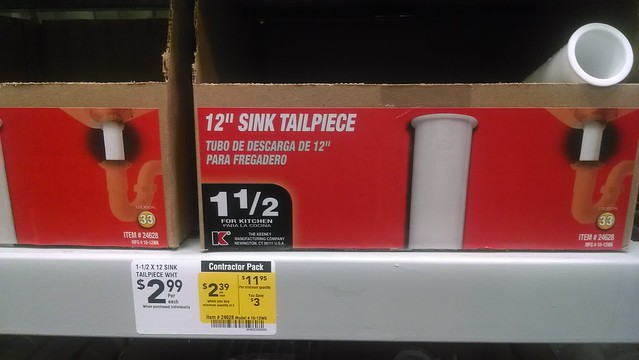 They come in a bunch of different sizes and configurations but this is the one I got. 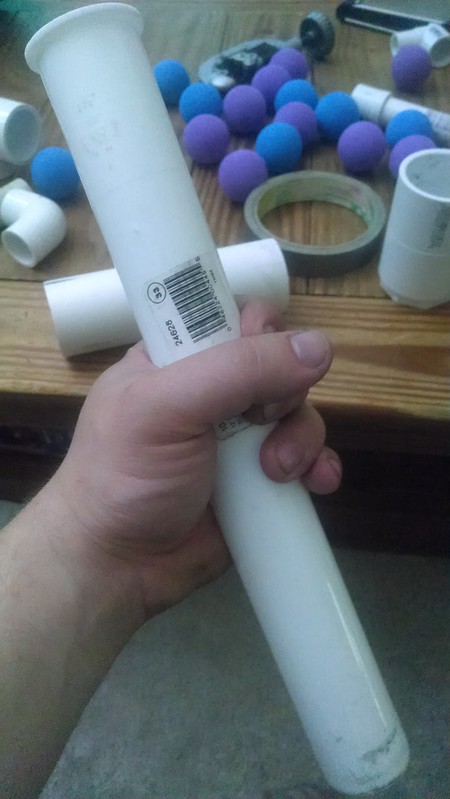 Now that I have a barrel material I have to find something for it to nest in to get it to a common PVC size.

More searching revealed that this tube fits well inside THINWALL 1-1/4. My Lowes carries thin wall PVC in many sizes so this wasn't a problem.

So I brought it home and cut it roughly in half. Because I don't have something like a COBRA that can put out enough air to fire one of these balls out of a 12inch barrel. 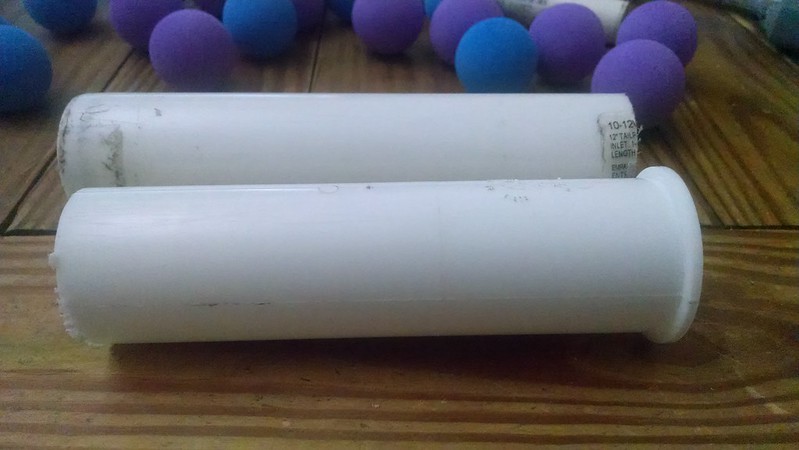 Nest that in some 1-1/4 PVC. Needed only a single layer of tape to fit perfect. 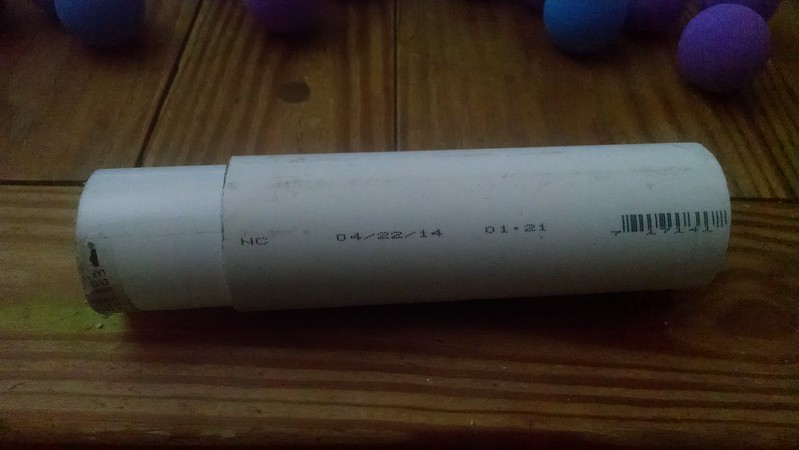 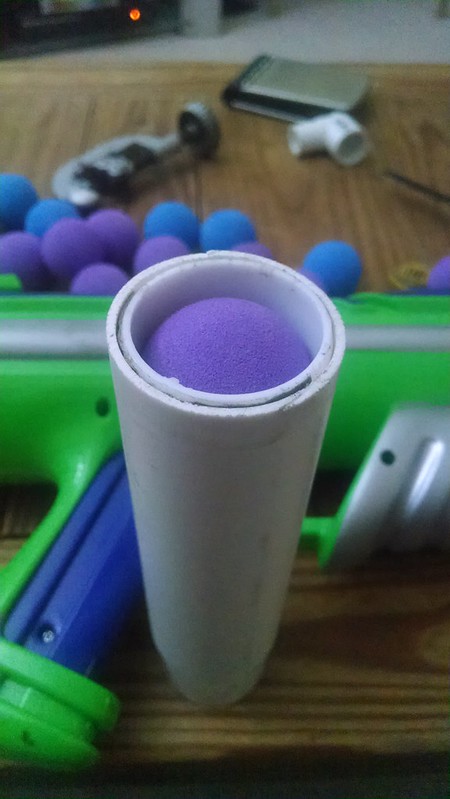 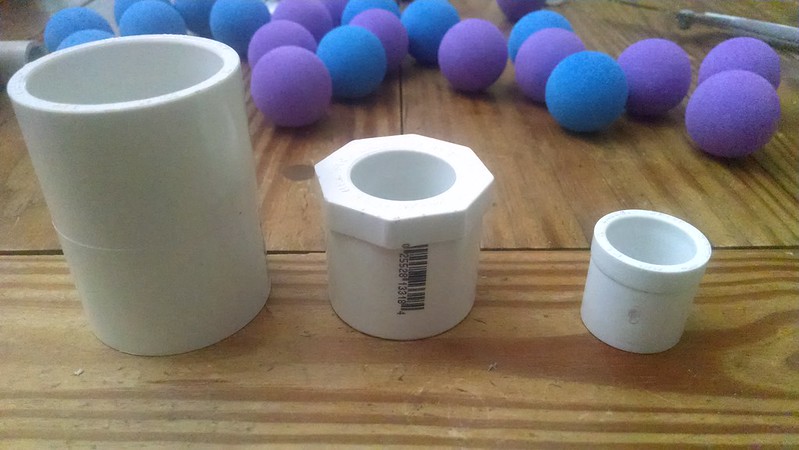 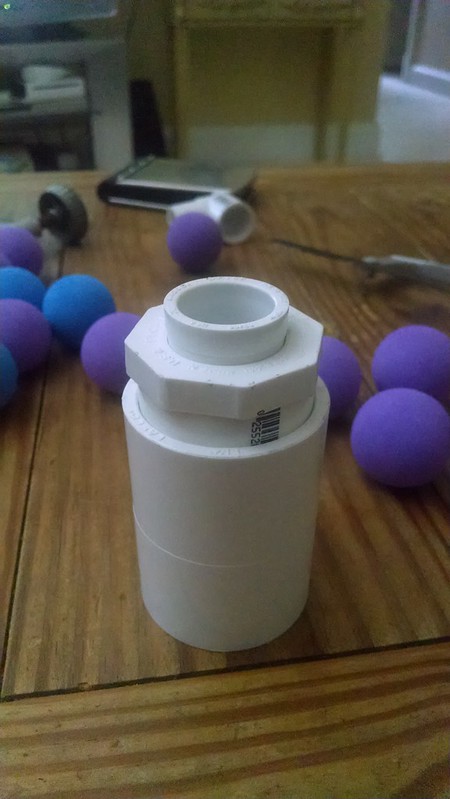 Then added a bit of 1/2 PVC to get back to the coupler in the blaster. 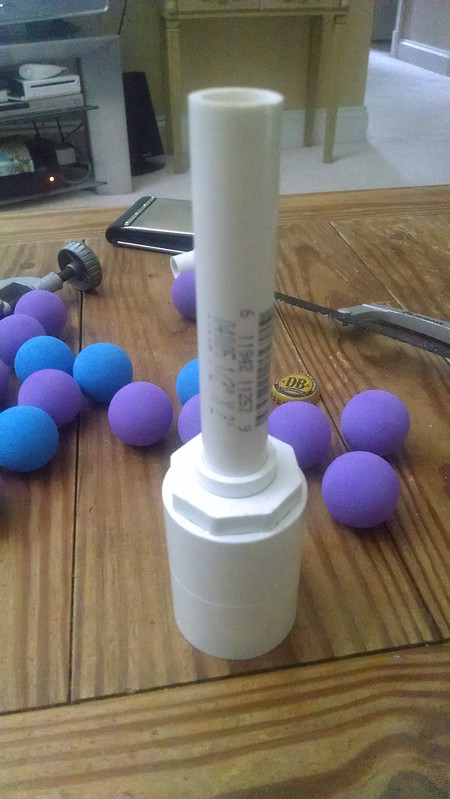 Heres the entire assembly in my BBBB (stock pump and oprv) 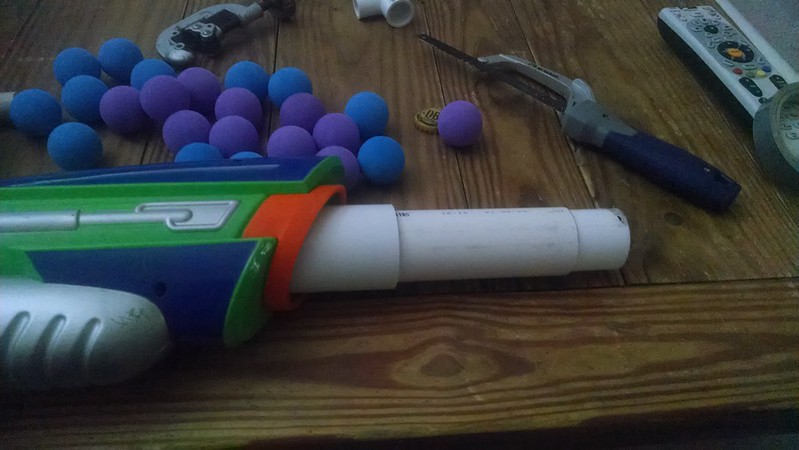 Ranges? Dont really matter as this is more of a writeup for the barrel. But....

What I found is both ball size and tube diameter vary SLIGHTLY. So ranges are rather varied as well. With my BBBB I could get anywhere from 35-55ft.

But that's all I really wanted. I just want something to shoot them relatively well and I got it with this setup. However you could do better as I have a relatively large amount of dead space for a singled-style barrel and the RELATIVELY small amount of air in a stock BBBB. I hope to make some sort of multi round barrel assembly in the future, perhaps a Hopper or RSCB will add to this thread if/when I do.

Hope this helps anyone who was thinking of buying these balls but didn't have anything to fire them with. I know this was really simplistic and easy but I only thought it right to go along with the effort to make the site a little more newb friendly.


PS: TO any of the big war hosts out there would you allow something like a cobra or titan tank if it fired these balls in a similar configuration?