You will need a Longshot and a Deploy

Here they are aren't they pretty.

We now need to go a bit Dr frankenstien on them. The Black marks are sharpie marker and are the lines that we need to cut on

So now we have a pair of butchered blasters. I like to deal with the Deploy parts first.

So this is what we have and it is the only part of the Deploy IMO that is any good.
Throw the rest away unless you a an affinaty for really bad blasters that are performace impaired.

The other small ports i like to get rid off just because im like that. I dont actually think they impeed anything 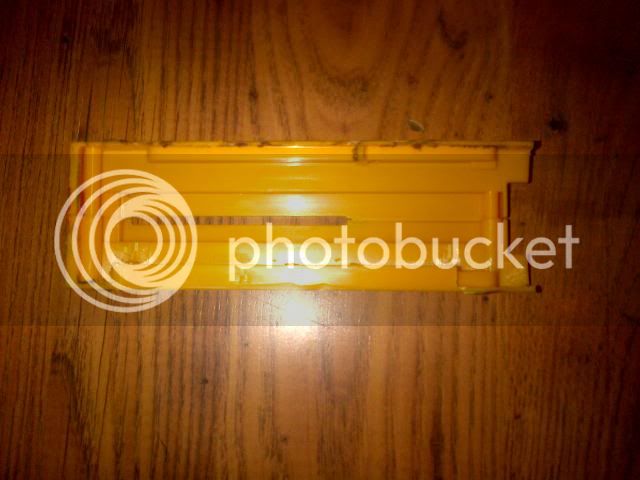 This is were we need to elongate the slider hole and shorten the nubs on the pump grip.
Cut again were the black marks are.

Thats it for now put it to one side we will see it again later. 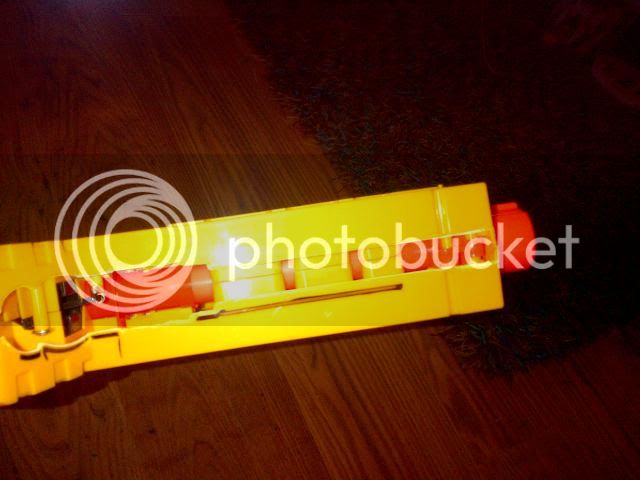 Now we deal with the internal mods on the shell. Take the top part of the shell that hasnt got any of the internals attatched.
This photo might be a bit difficult to work out unless you are really familiar with longshots

Once again the plastic between the black marks has to go. I dont have a pic of pieces removed (sorry).
This only needs to be done on one side of the blaster Make it as smooth as possible i just use a utility knife as the plastic is very soft.

Once that has been done put the blaster back together. Only use enough screws so it doesnt fall apart. Do the same with the deploy part.

Once both are partially assembled glue them together how ever you see fit. I used super strength hot melt glue sticks in my glue gun.

Once the initial glueing is cured open up the blaster again and glue the parts together from the inside.

Now on to the Hot work (PLEASE PLEASE WEAR HOT WORK GLOVES AND GOGGLES) Here is what we will need.

Take the needle nose pliers and bend the end around so there is a loop that will fit over the screw port that the original priming rod of the deploy was around. 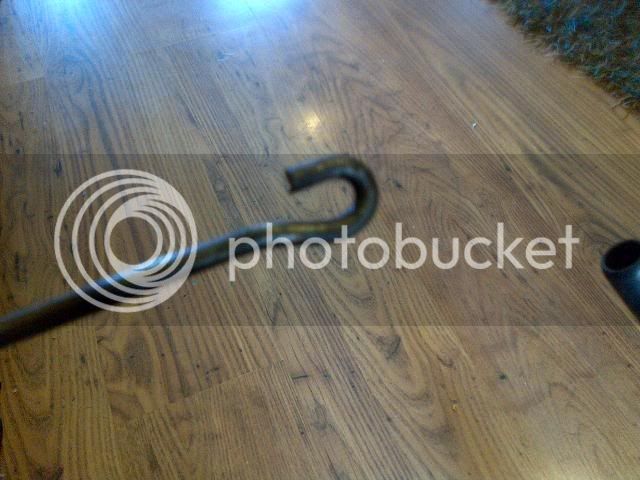 Now some more bending is needed all of this is by eye so i dont have any measurements. I will put the pics up so you can see the shape needed. I will make another and get measurements coz im nice.

Little tweeks are going to be needed to get it just right this is the third one i have done and its dead easy once you get the hang of it.

I found to get the bar to sit correctly you will need to scallop the hole on the bolt sled. The scallop needs to be going toward the front of the blot sled. Pics are on the way for that.

Once this is all done it can all go back together.

This is what i do with my rods (oh i say) with higher spring rates i use chemical metal in the picture it looks like white miliput but its just the flash.

The next pic is a little blurry but i think you will get the idea. It is a picture of the scalloped boltsled so you can get the idea

I havent finnished my blue version yet i will update when its done. Im using the front blaster off the blue one as the pump action. Its proving a little tougher but it will be good.

Finally a use for deploys! This seems like a vert simple way of making a pump action longshot. I like it.

This is brilliant! A clean looking pump grip and a use for the deploy! should one worry about the metal bar warping over time though?

I do reviews and mod guides, check them out here: https://www.youtube....jtOQo09ejo7bHnQ

This looks very nice and is very practical, but can this hold up against stronger springs? What is the highest spring combo this can hold?

Alternate method: put the rod through where the bolt-sled attaches to the bolt. Reduces stress on the bolt-sled, might need a slight work-around for shell stuffs.

This is brilliant! A clean looking pump grip and a use for the deploy! should one worry about the metal bar warping over time though?

I have used this with a 5kg spring and all is fine so far. But with my brass breech version with a 10kg spring the bar has had a little gusset brace More details comming later for that.

Alternate method: put the rod through where the bolt-sled attaches to the bolt. Reduces stress on the bolt-sled, might need a slight work-around for shell stuffs.

I really dont know why you would do that. As it wont reduce stress on the bolt sled only move it to a more vunrable place. Not to mention loads more shell work.
This is not really a viable option IMO.

Also, you may want to make it so that the rod connects to both sides of the boltsled, which would be better for its longevity. Otherwise, it (the boltsled) has a chance of snapping on you because of all the force on one side. V2?

Do all those other toy blaster companies really need to exist? Think, people. think.

Dood, your boltsled is going to be the first thing that goes if you put some springs on it. The boltsled attaches to the bolt. Kill the middleman, put the pump rod where the bolt attaches to the boltsled. There are a bajillion versions of people putting the force on the bolt successfully, saving their boltsleds from destruction. Even if it is "tons more shell work", it's gonna save your bacon later.

Also: ^What he said.

My Youtube Channel
Back to Modifications · Next Unread Topic →