Buzz Bee Panthers - normal or a batch of lemons?

So I found six Panthers at Meijer for $5 each, and was going to grab one, but then I did a bit of test firing and was disappointed. They all sounded very weak, with most of them just fizzling the air back out. I figured they were probably all lemons, and didn't get one, but then I thought on the way home that maybe there was something in the air restrictor causing the issue, like how Nerf Nitefinders and Mavericks have the little spring & prong setup that the dart pushes back.

So I wanted to ask if this was a normal behavior with no darts loaded, or if the blaster should really "pop" like the 2K's I've known and loved for so long. Can anyone comment on this?

This is indeed due to the restrictor setup. I imagine there will be duds (SSPBs always have a few duds, as do the Supasplat paintball versions of this setup), but try bringing a spare dart next time. You should see a major difference.

Sweet - I was really hoping that was the case. I will be returning to Meijer ASAP!

Thanks for the quick answer Buffdaddy! Maybe I can shoot you with it the next time you come over for Foam in the Fort. (Or if I ever make it over to a Columbus war!)

I can definitely say that it's the air restrictor set up. 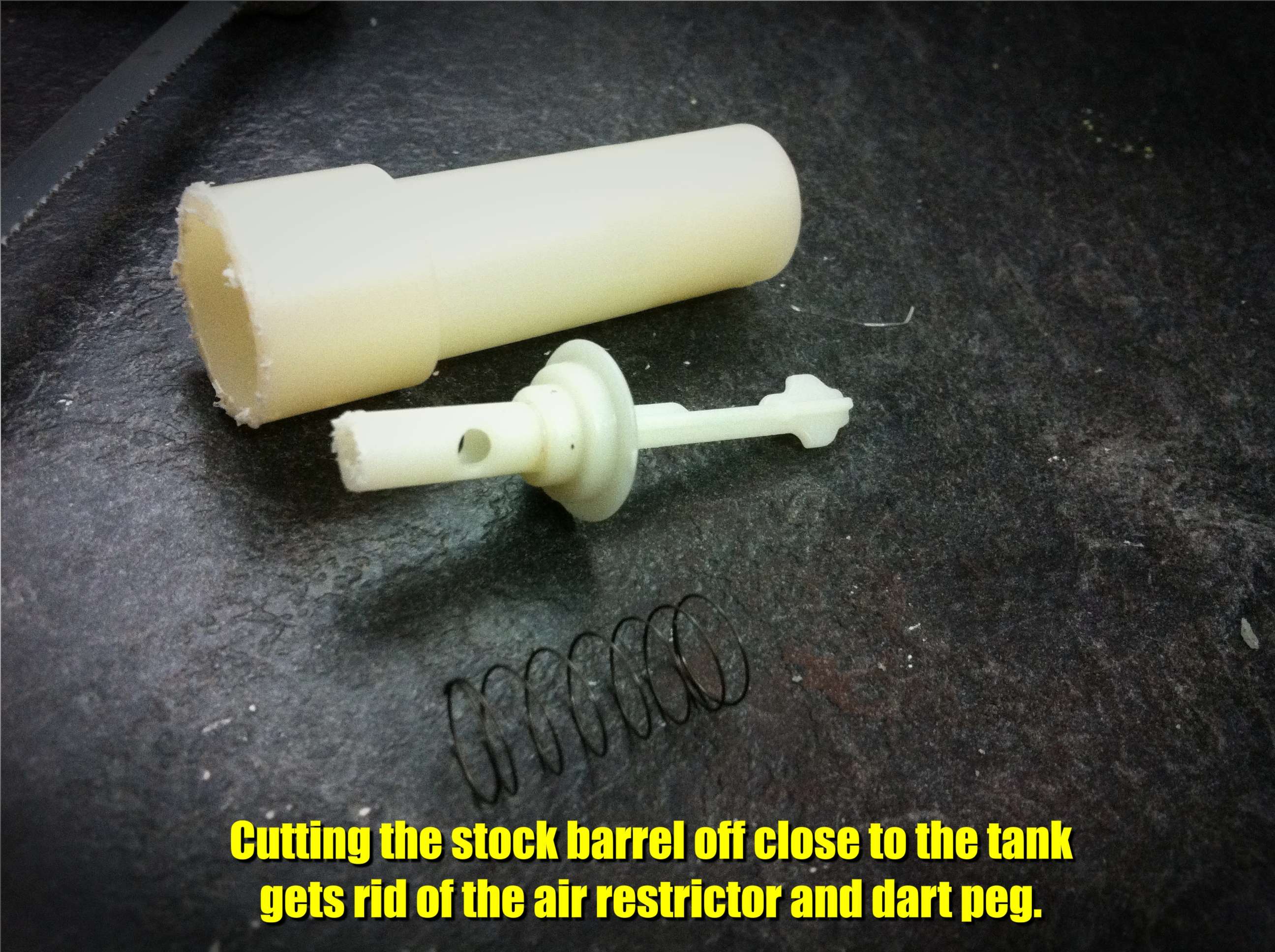 The dart pushes the disk type object down along the peg which exposes the air hole that shoots the dart out. If the disk is not depressed, no air gets released out the barrel. In effect, it is supressed. Which is why it seems quiet.

It would be like plugging the barrel of a springer that has an 85% seal. The plunger head doesn't slam into the end of the plunger tube so there's no(to very little) sound. The air leaks out eventually, but the air pressure cushions the plunger head to rest.

When the air restrictor and peg are removed, there is quite the noticeable "POP" that you're looking for.

Picked one up last night, loaded a dart, and...WOW! These things are freaking sweet!!!

Thanks again for the info guys. Glad I didn't just give up on them.

Foam in the Fort IV
The fourth exciting Nerf War in Fort Wayne, IN.
Back to General Nerf