**Before everyone gets up in arms about 're-creating' a post that was posted only days ago, I was actually in the process of creating this write up at nearly the same time. This is in no way trying to take away from BabyGandhi's post. It is NOT the same process.


The idea for this actually came to me by happenstance a while ago, just before "Hell Before Halloween 5". I never got around to creating a write up about it because life became complicated. I lost a job, started a new job, bought a house, moved, family issues ... you know ... just life in general. Everything has settled. So no worries guys.

While I was making darts for HBH 5, I accidentally left my hot glue gun a little too close to some PETG (who hasn't done that?). 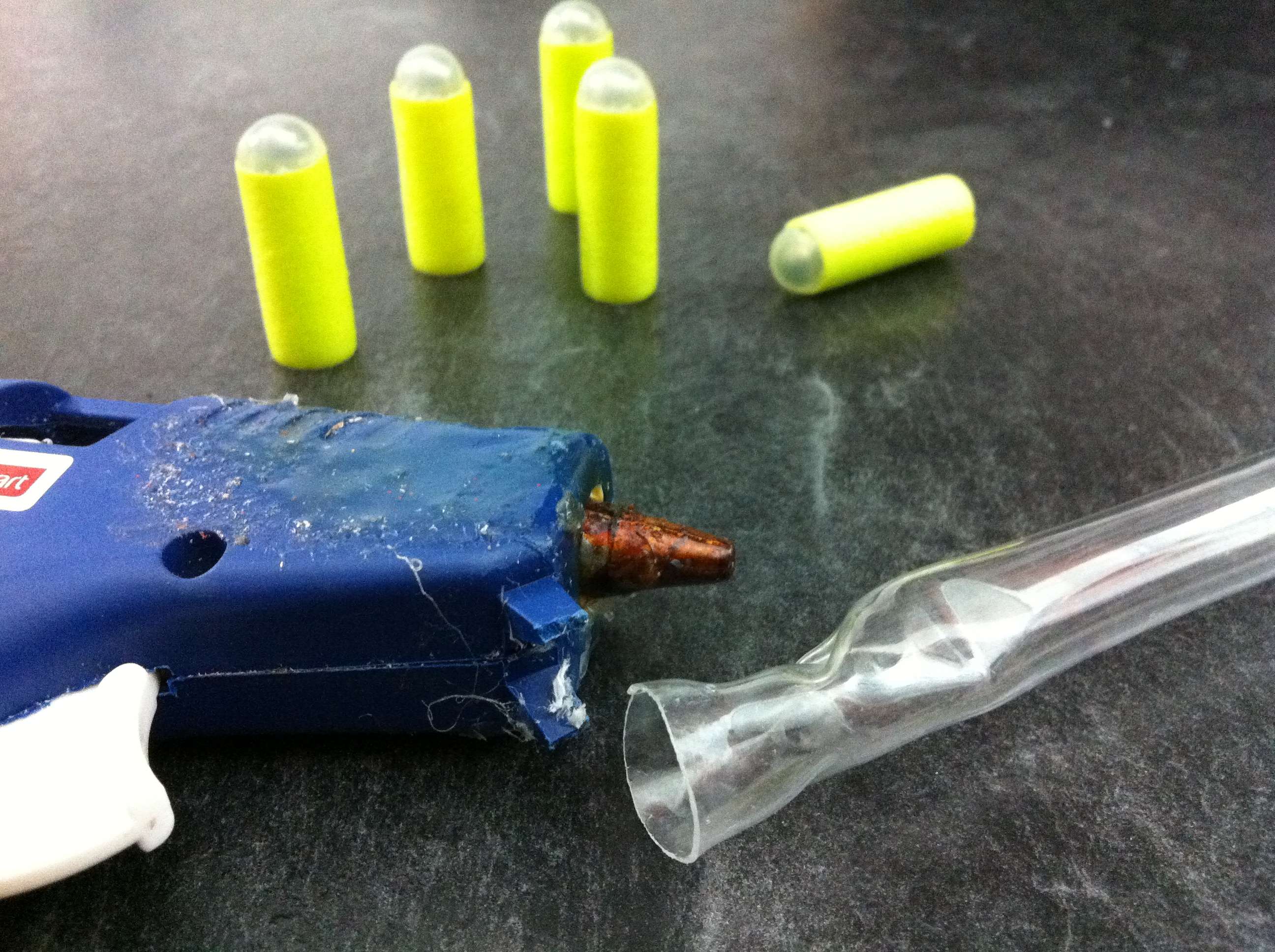 Much to my dismay, it had melted my PETG, something awful. 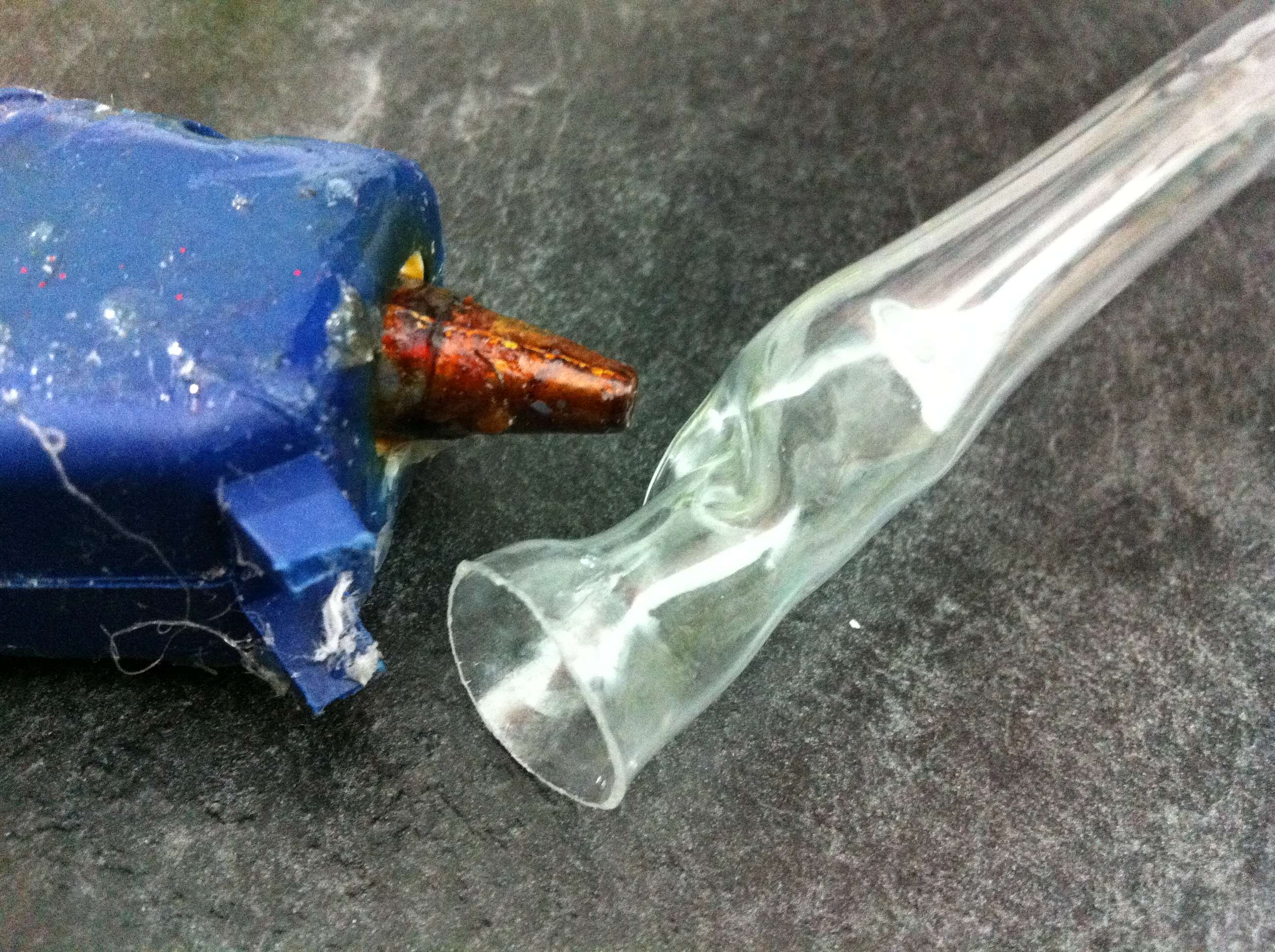 But as they say, "Where some see adversity, others see opportunity."


I had already known about various methods of creating tightening rings using stubs of brass or a pipe cutter with a washer. However, brass can be hard to find and can get expensive. Especially, if you like modding turreted blasters, like myself. Using a pipe cutter, even replacing the blade with a washer, I could never get the rings 'consistent' enough. i.e. each barrel had a different fit. Some looser, some tighter. Very annoying in turrets.

After examining my distorted piece of PETG, I had a stroke of genius. If you've ever seen the movie, "A Beautiful Mind" starring Russel Crow, I had one of those moments. The items in my immediate workspace started to float and glow and connect.... Here's what I came up with; 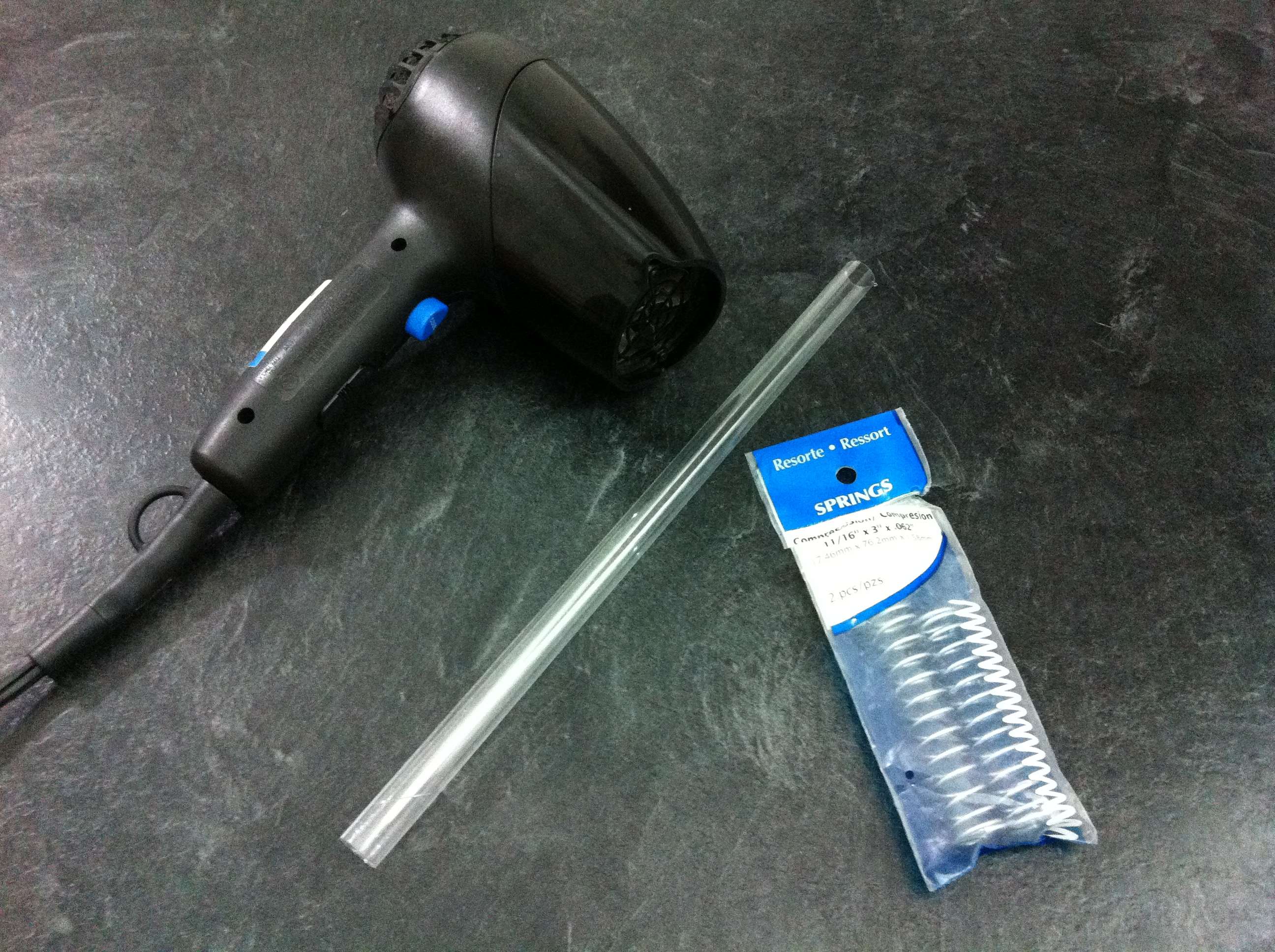 A hair dryer, some PETG and springs I had previously found at Lowe's. 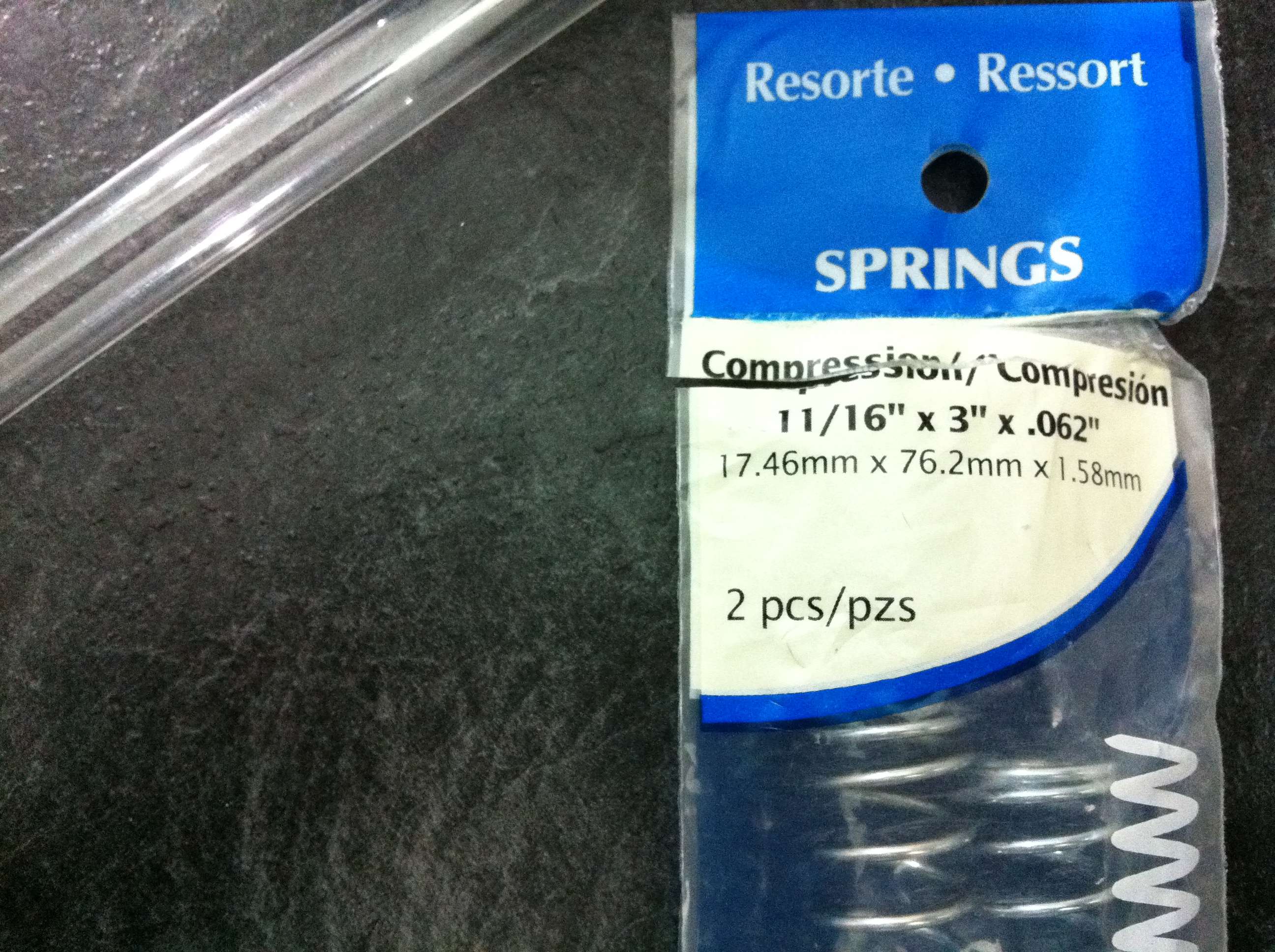 I discovered that my PETG fit 'very' snuggly within these springs. A twist fit if you will. They come in a pack of 2 but you only need one of them.

I began by simply measuring my darts (dart length will depend on personal preference). In my case, it was about 4 cm. 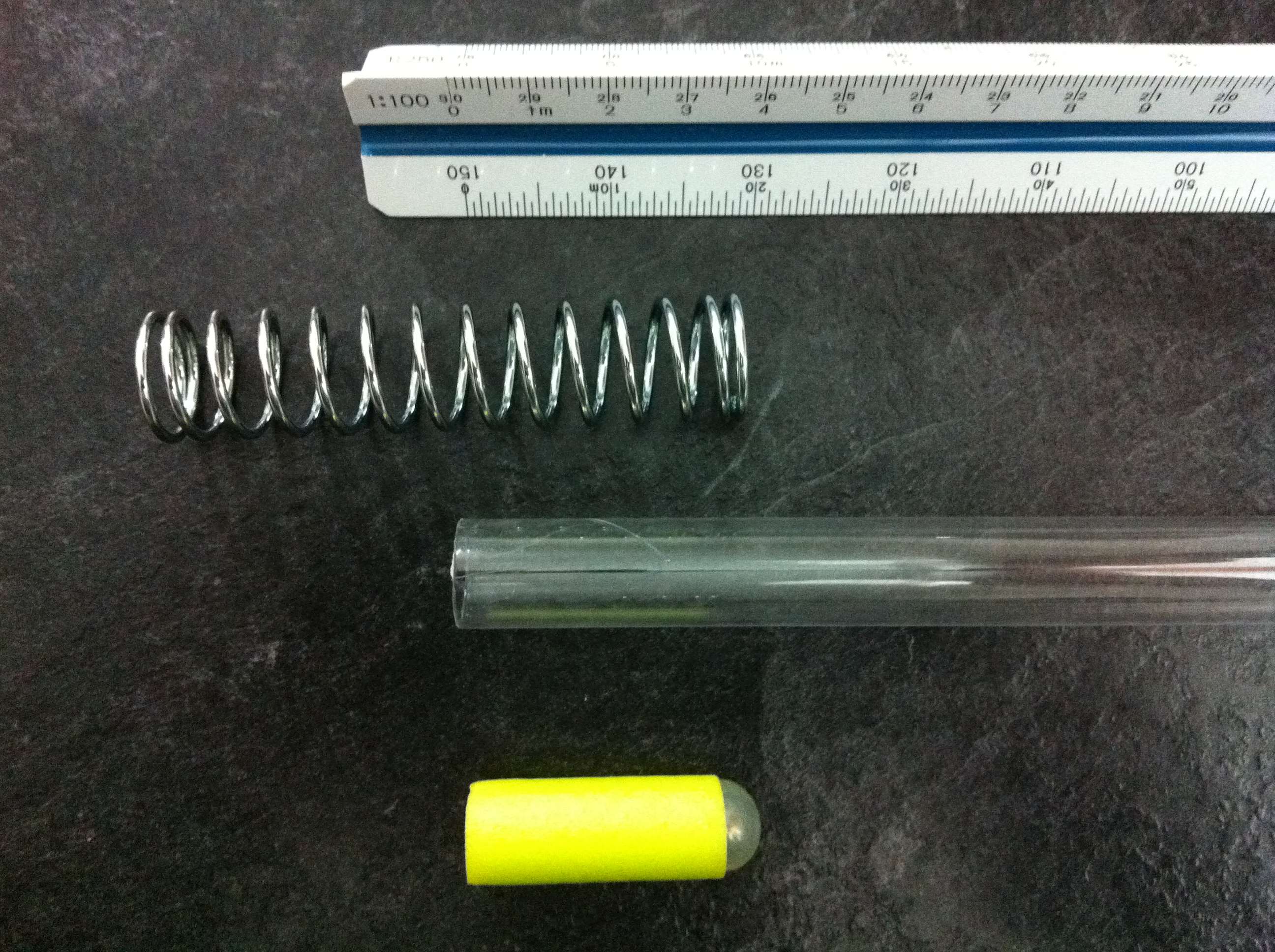 So, I nested the PETG into the spring that amount. 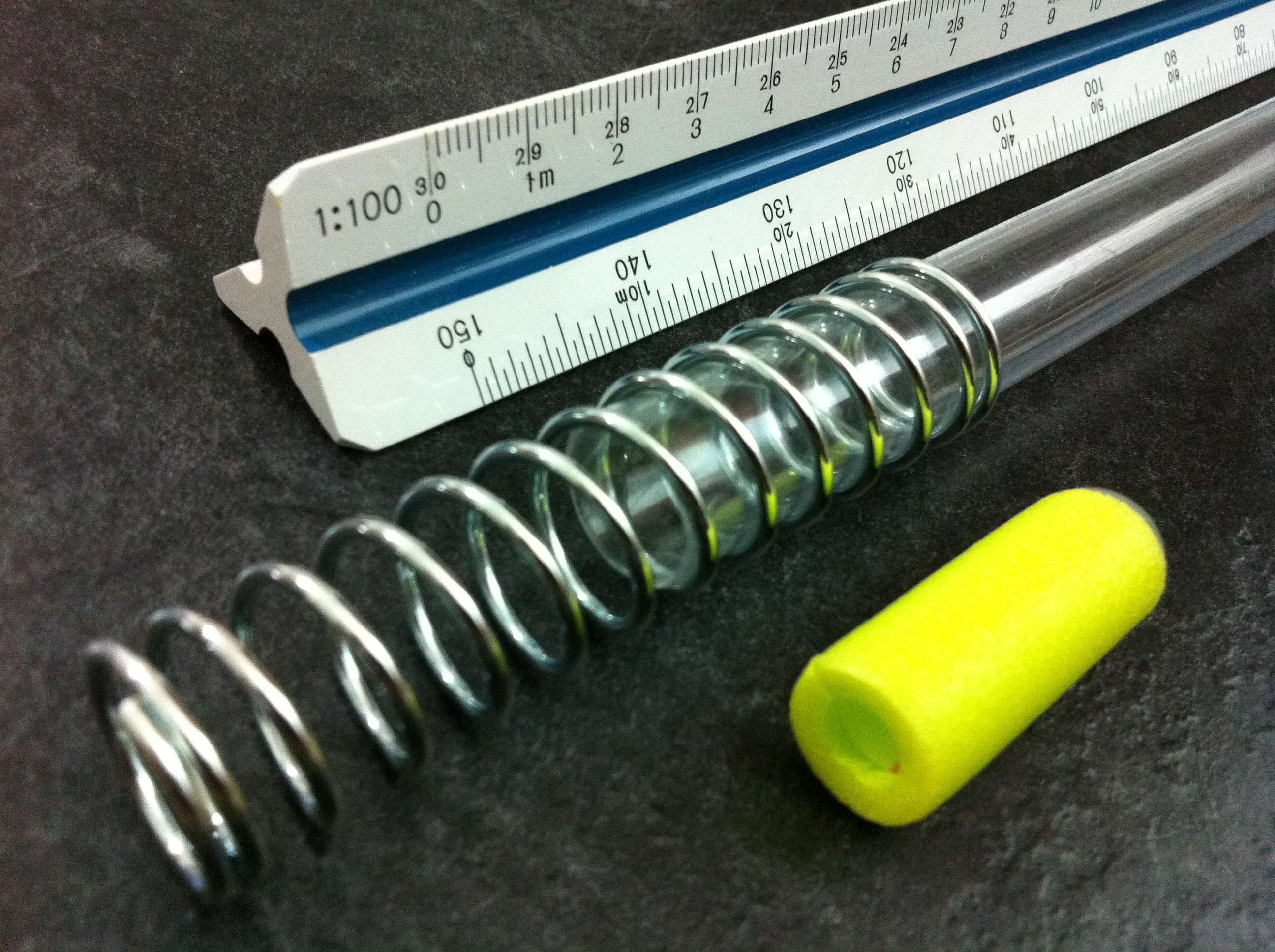 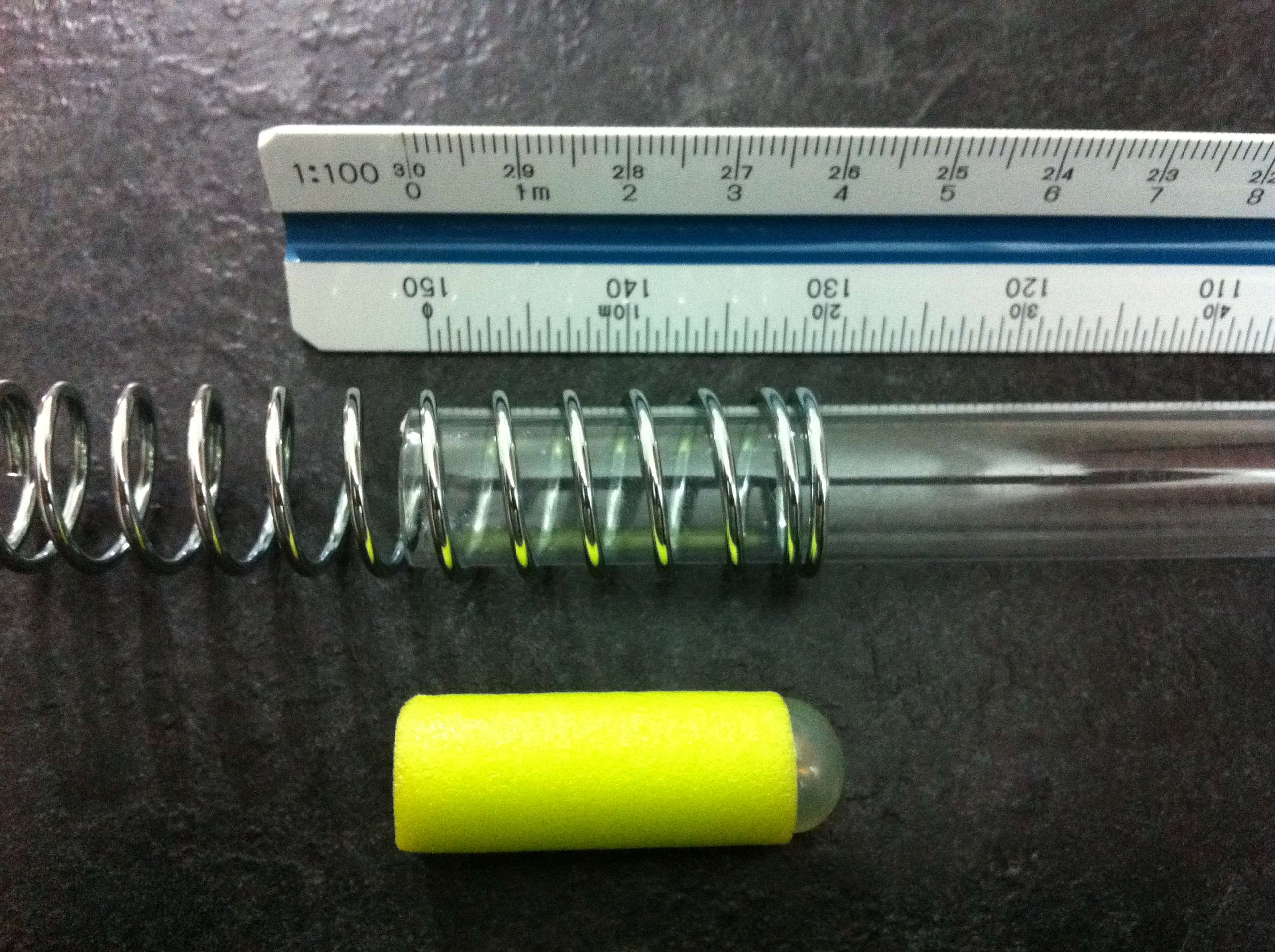 Here's the part that makes this method cool.. or should I say hot (

groan.....). Using the hair dryer, I heated up the whole thing from underneath being very careful to hold it as vertical as possible (When PETG is heated up it can get very maleable. The weight of the spring is enough to bend it). 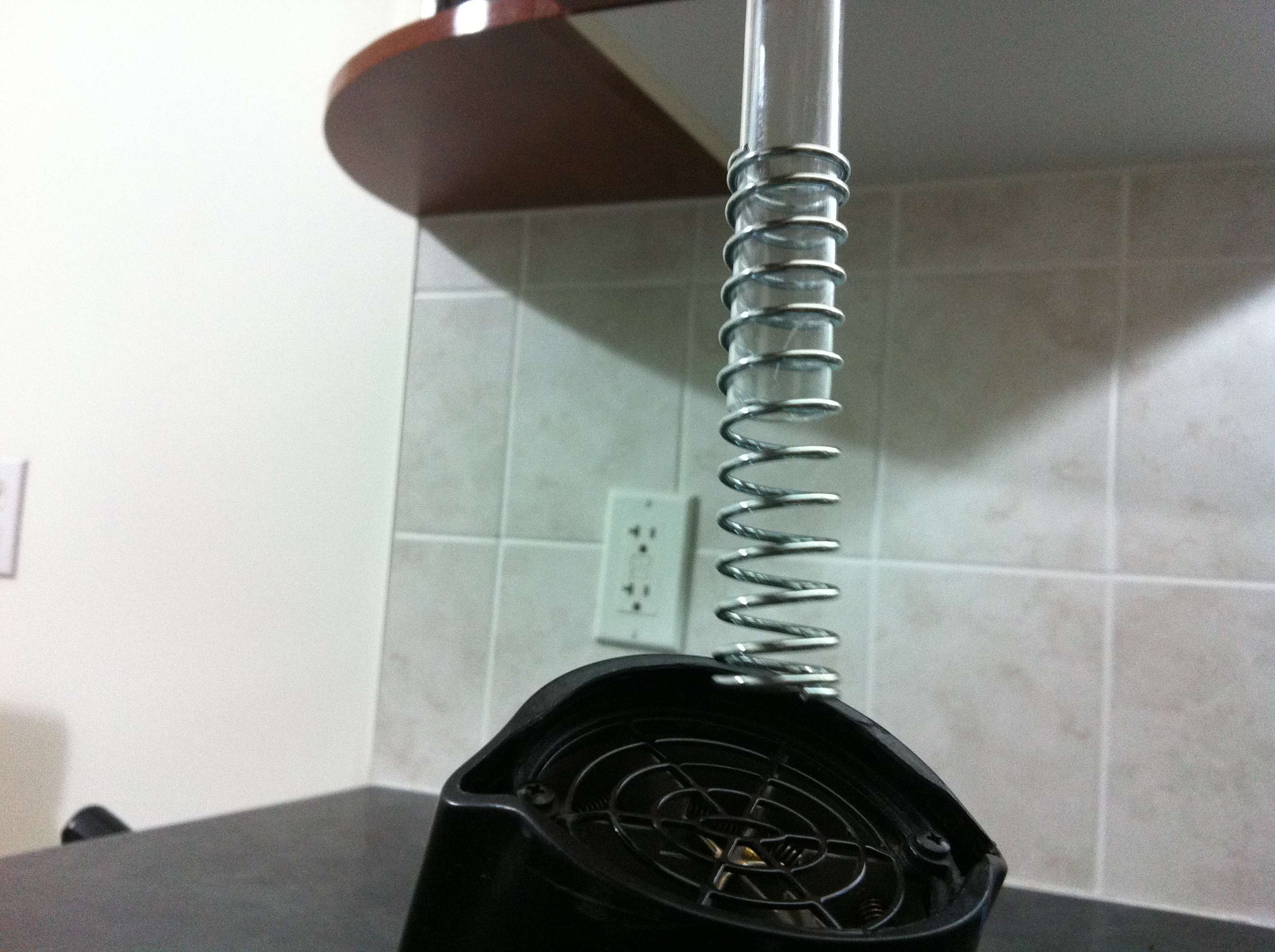 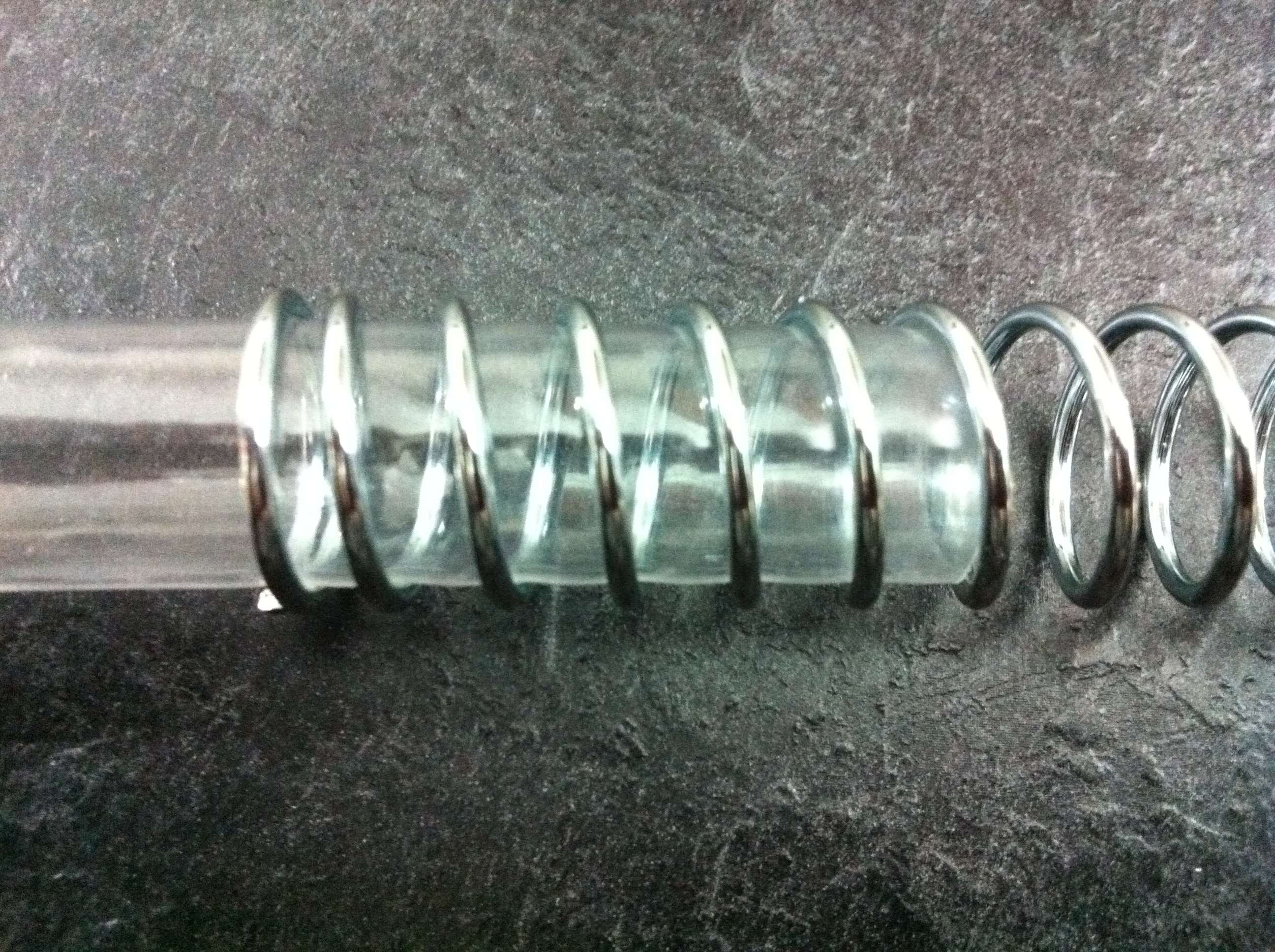 Before removing the spring, I waited for it to cool down. Maybe, 15 to 20 seconds. (Trust me. Let it cool down hanging vertically. Don't attempt to remove the spring before it's ready. You'll burn your fingers or at the very least, bend your PETG. Also, I don't suggest trying to speed up the process by running it under cold water.) 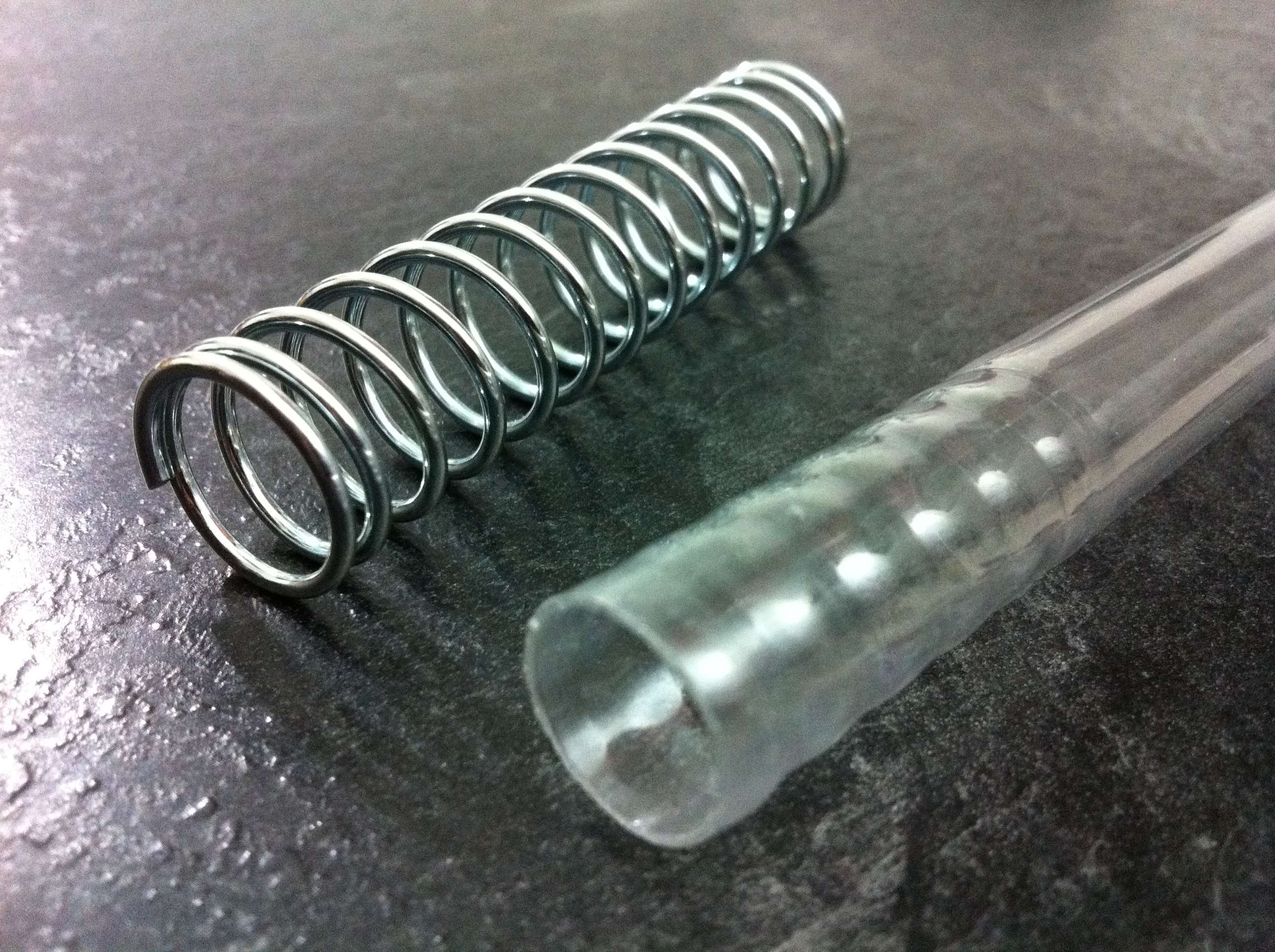 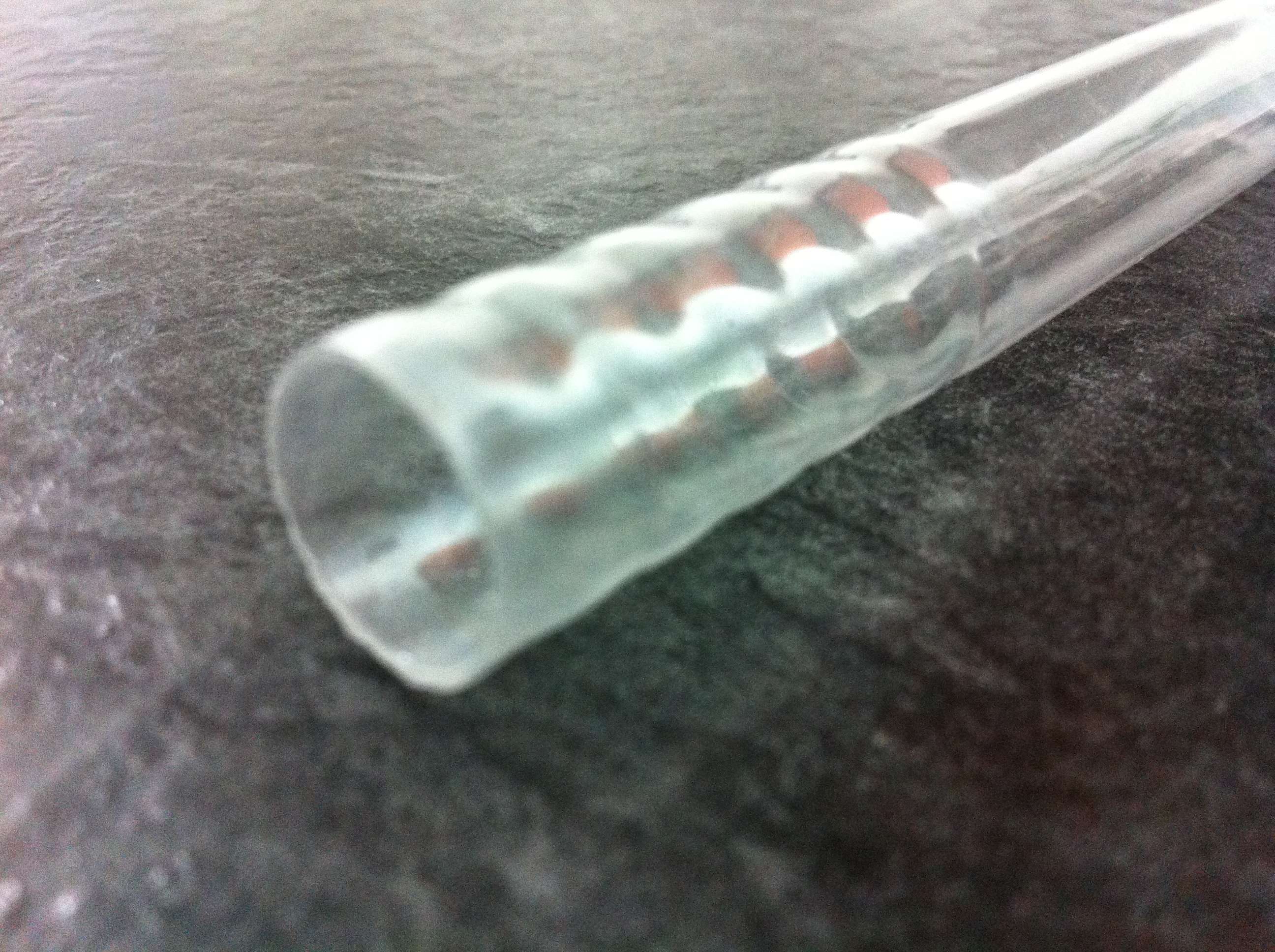 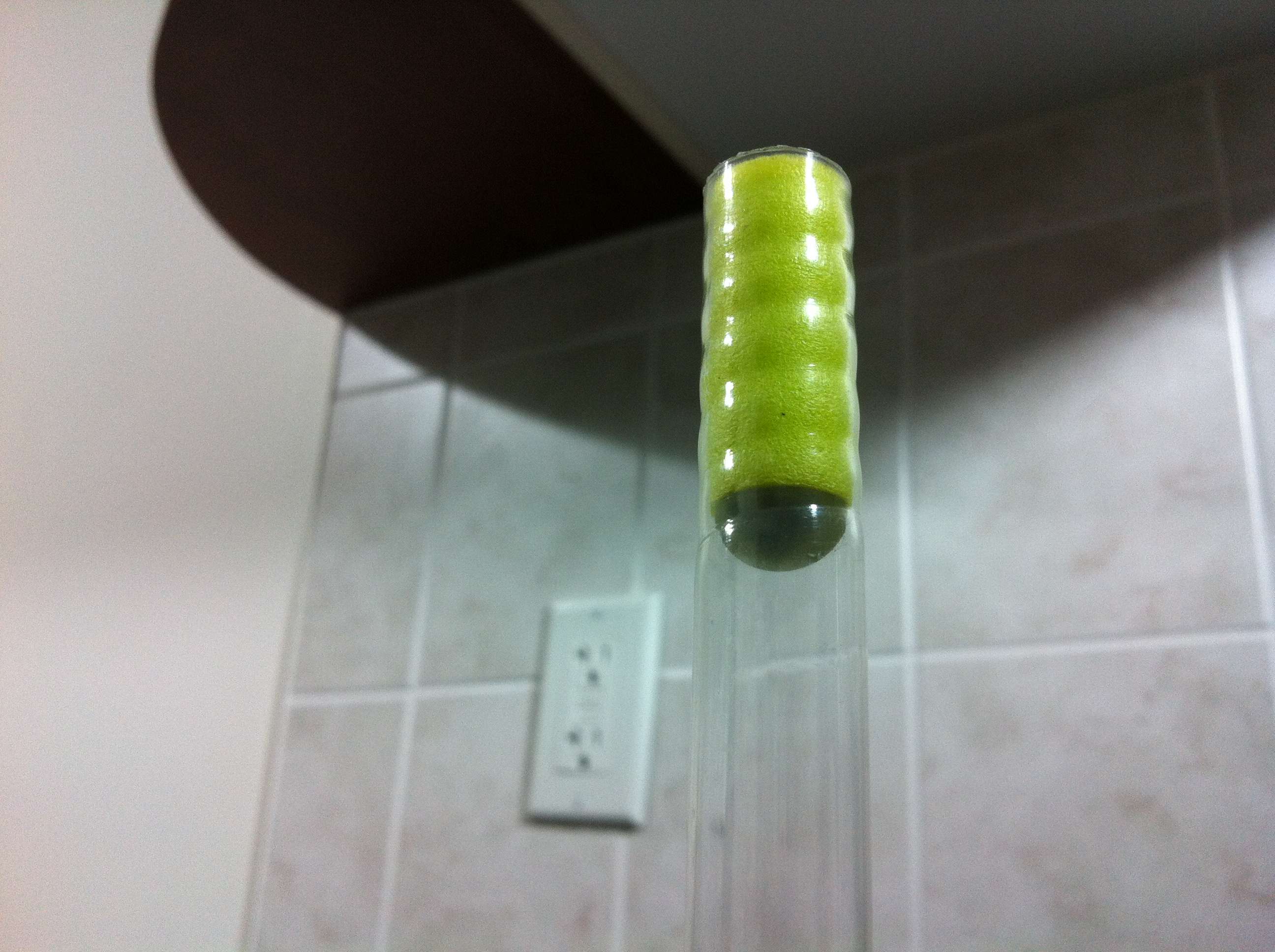 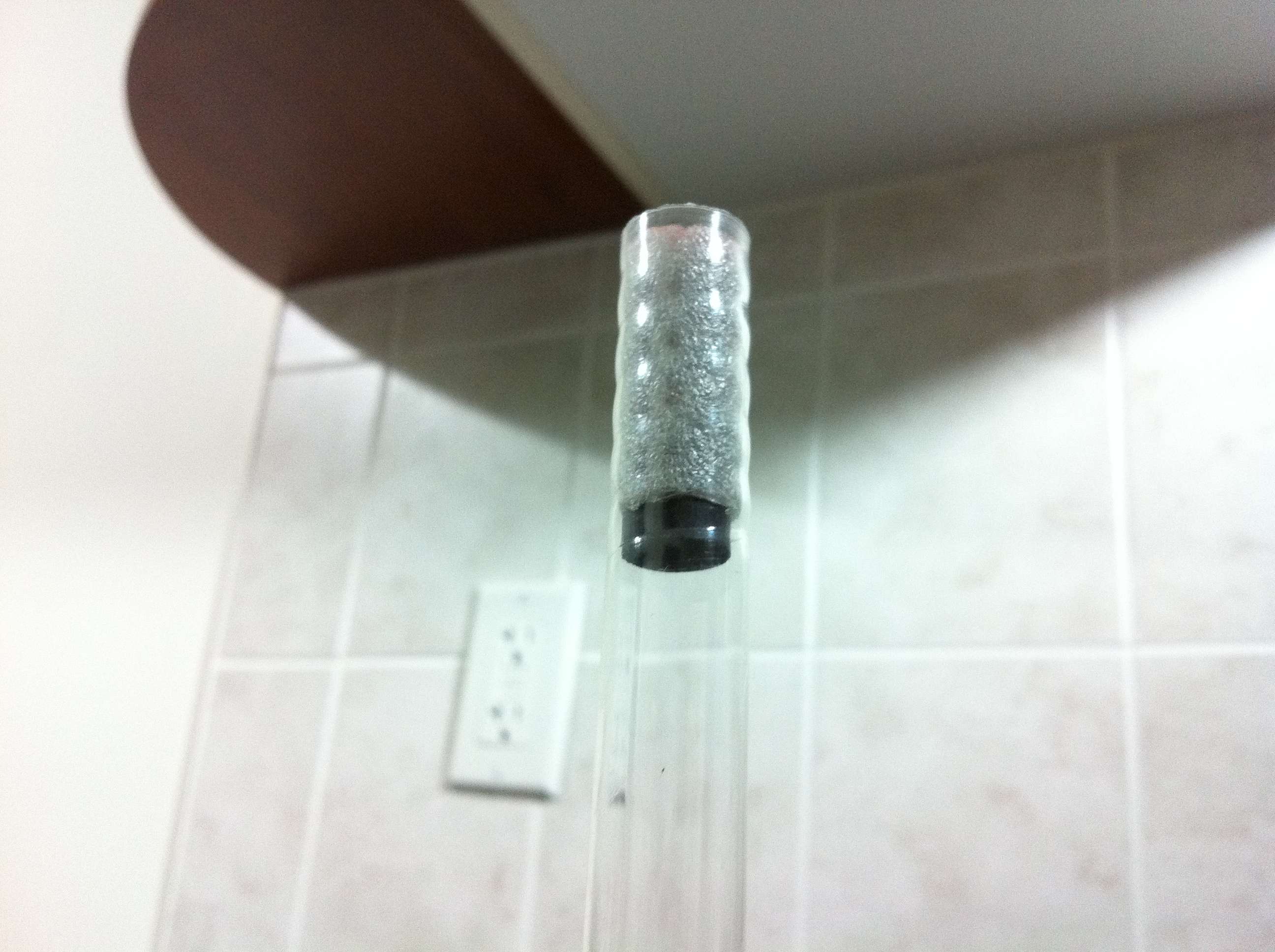 - cheap grey FBR (notorious for being too loose for PETG) 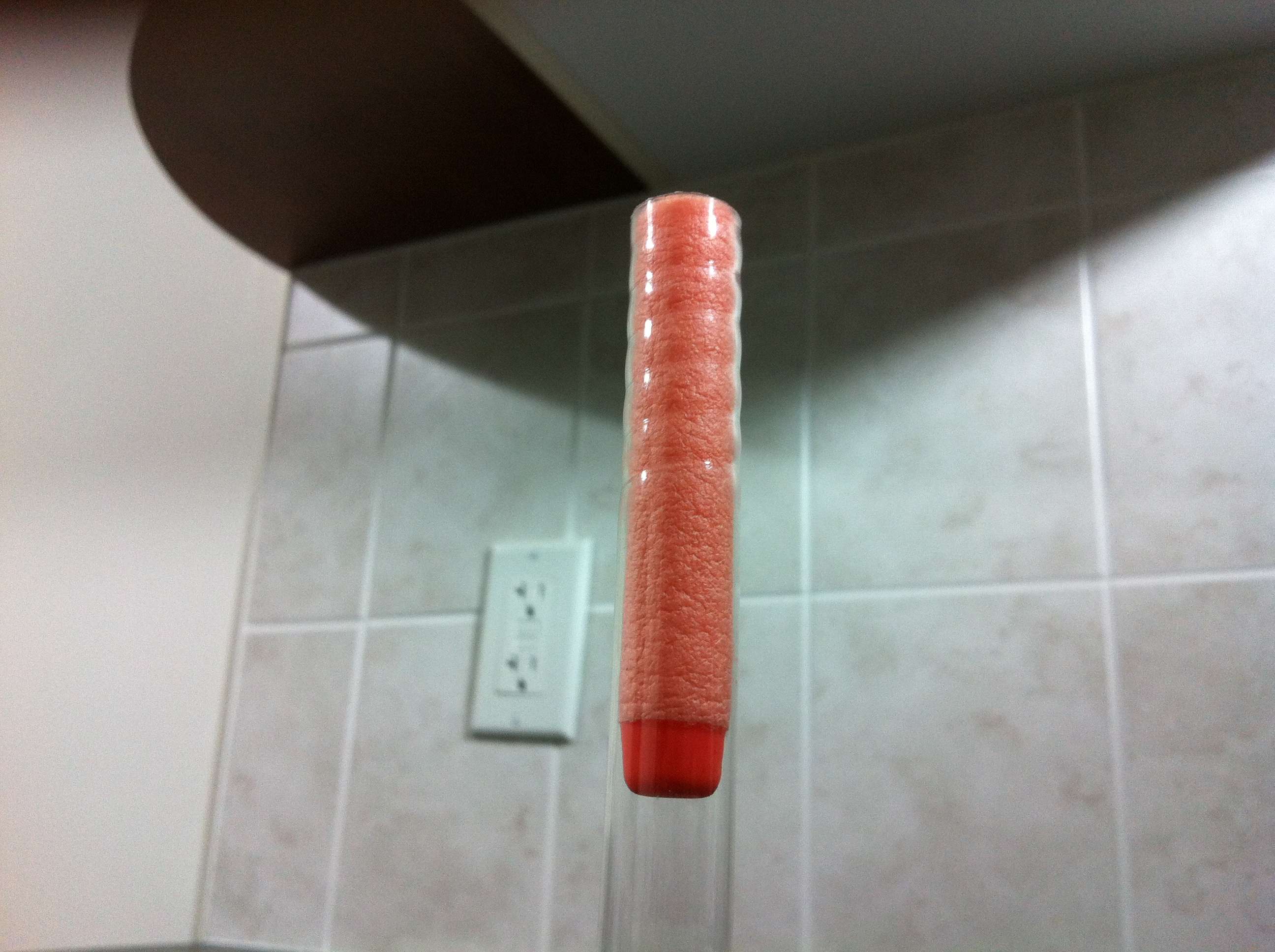 P.S. I've tried this with rubber o-rings but found it to be temper mental. The spring method is definitely more reliable.

VERY nice. I will definetely try this if I get some more PETG.
Off topic, where did you find that 3-sided ruler?

Nice MIG. I've got access to a heat gun for my electronics stuff so ill try this. How well does the plastic hold up after this? I've bent petg lexan and poly carb before so I know roughly but this seams different.

Oh and chaos I believe that's a scaling ruler for drawing. You find them at like art stores or hardware places I think.

Silence is golden but duct tape is silver

I tried this out today and it works really well. The 2 pack of springs is only $3 and change at Lowes and the results are a lot more consistent than the ones I was getting with a rotary cutter.

In terms of the plastic holding up: I squeezed and flexed it a little bit and it felt like there might have been a 10% loss in... "structural integrity"? But I feel like the change was so small it could have just been my mind messing with me.

@ChaosPropel - Thanks. The ruler is a drafting/scaling ruler found in most 'art' stores. It's very handy, I find.

@EvilBunnyo @BabyGandhi - Thanks guys. For your information, just in case you didn't already know, PETG is a lot more common than you think. It is not exclusive to 'us'. Pretty much any clear-rigid type packaging you see is PETG (Glycol-modified PolyEthylene Terephthalate). It's used from packaging to bottles to medical applications.

It's main function is to be heated up and form/vacuum molded. In industry, it is more commonly found as sheets of different grades (thickness).

Part of it's success is the fact that it retains its integrity after being molded.

Structural integrity is not an issue.

It's used from packaging to bottles to medical applications.

Does this mean I have to worry about BPA? I've been using these things for straws ><

Does this mean I have to worry about BPA? I've been using these things for straws ><

Haha... I don't know actually. I wouldn't use these things as straws though. I (we) don't know what our PETG (tubes) contain. There might be a reason why it's not in hardware stores or in local plastics manufacturers. There's no "Recycle 1" emblem to tell us it's safe to drink from.

This is really cool... much better than putting little bits of brass in the ends of the PETG.