This is an old mod that I originally only posted in the 'Paint Job/Modifications' thread. I never got around to doing a full write-up, so here it is. Better late than never.

You've all seen this neglected blaster. 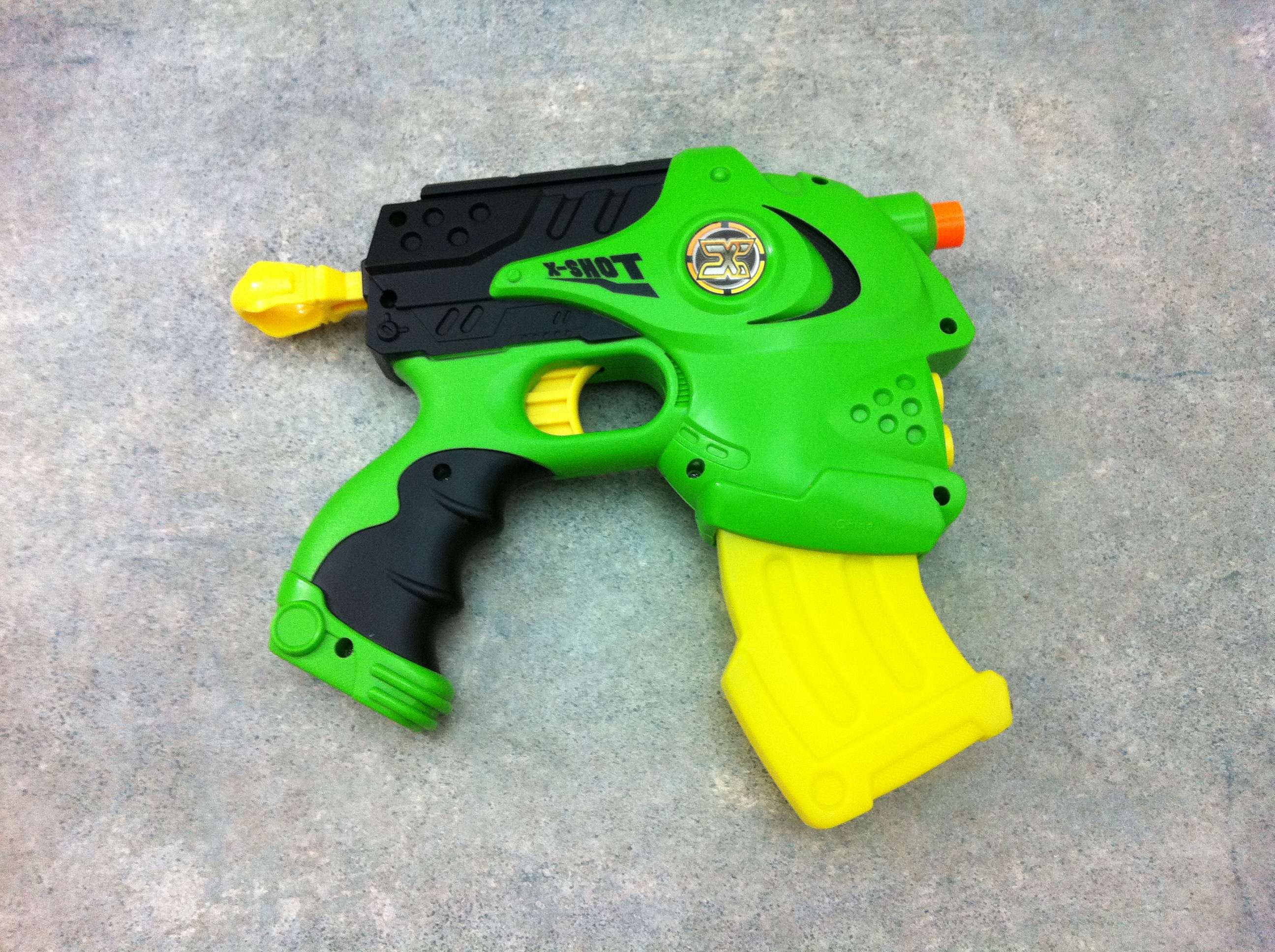 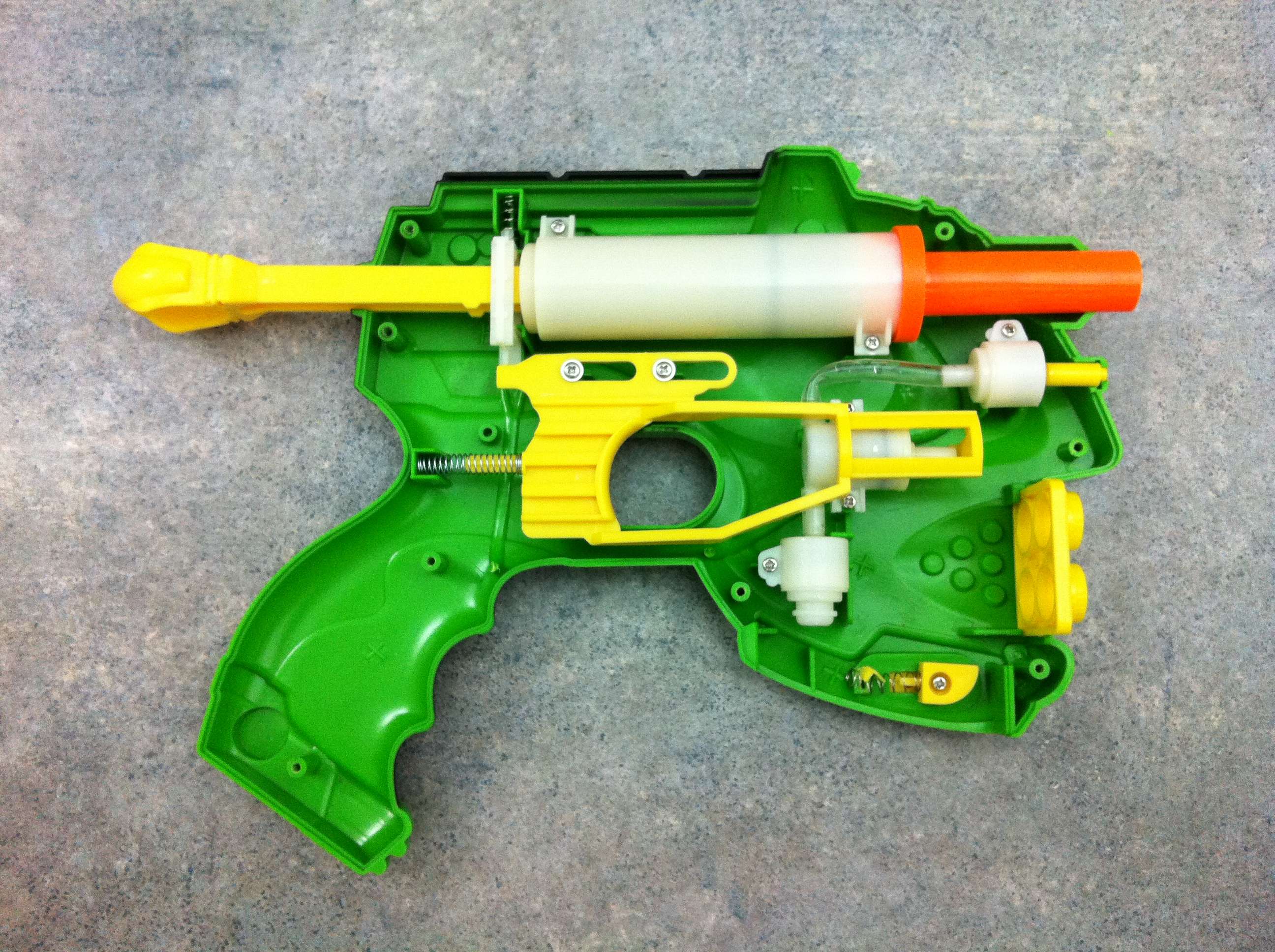 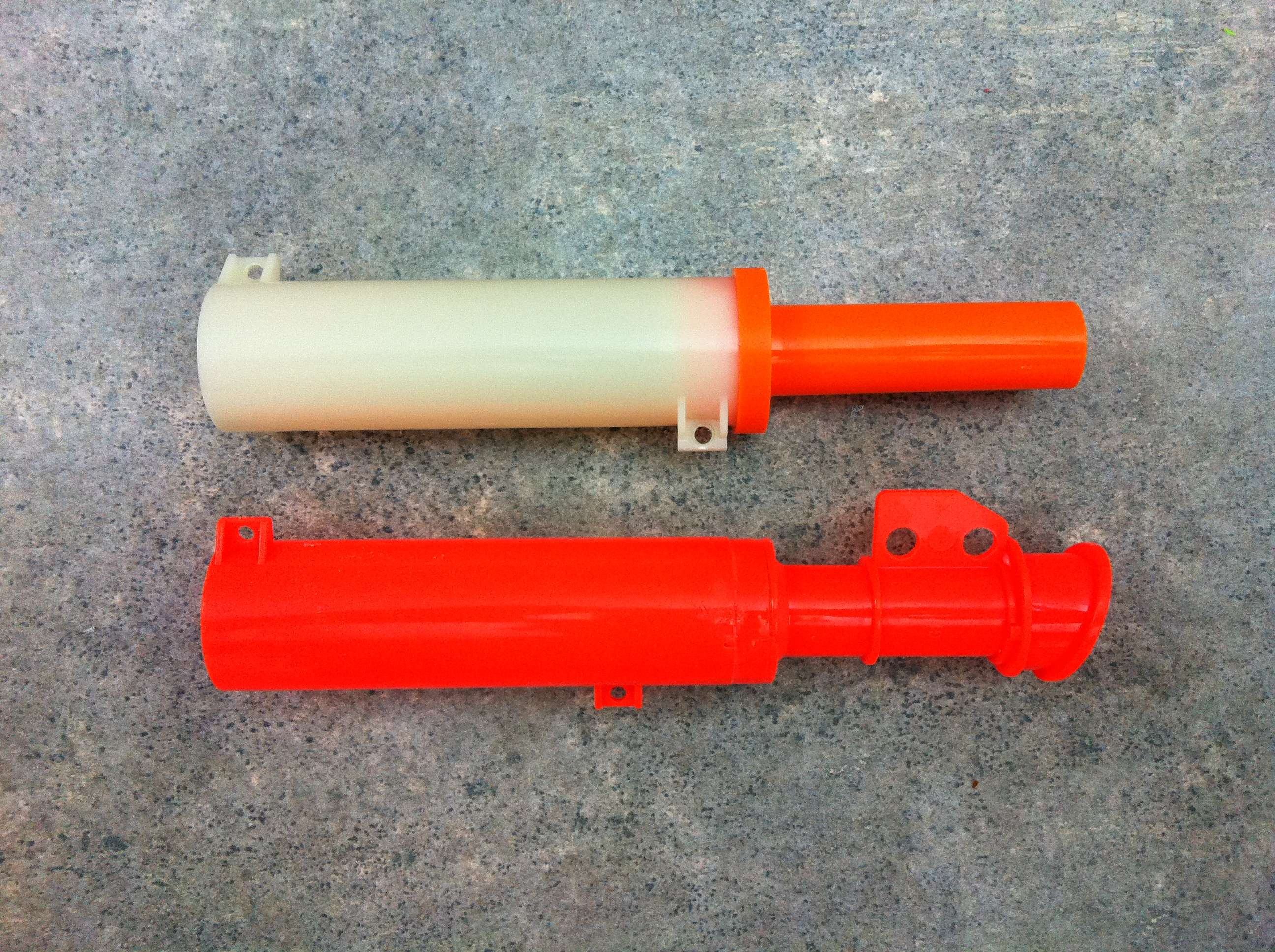 As you may have suspected, the plunger tube size is very similar to that of a NiteFinder. 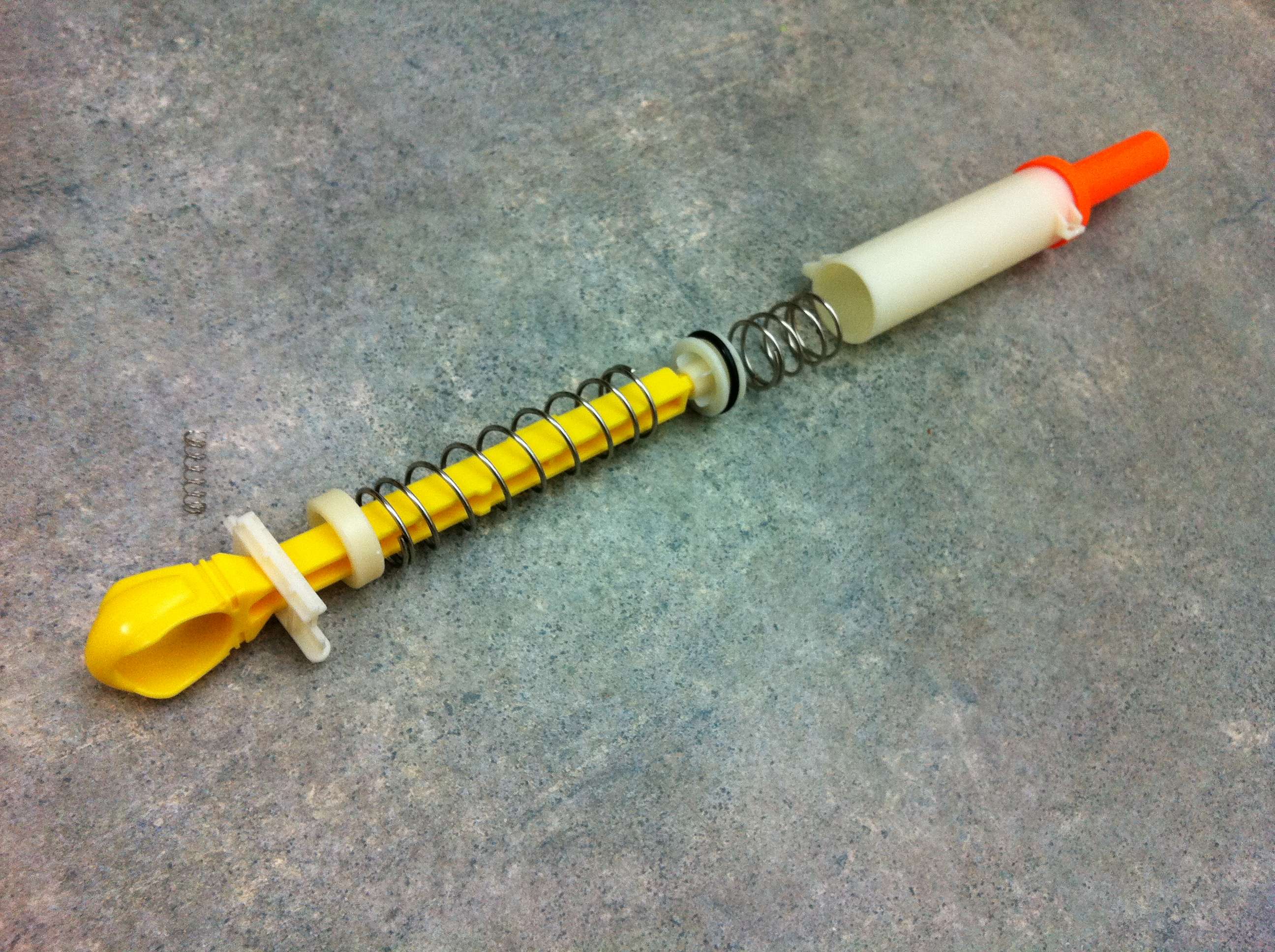 Above is an exploded view. The only real differences between the x-Shot and a NiteFinder is the spring in front by the plunger head - it acts as a buffer very much like you would find in a Pistol Splat (WipeOut, Predator 1000, etc....I discarded it)) -and the circular spring rest in front of the catch.

The spring on top is the stock spring. The replacement spring is an 810 Campi Spring; 36lb max load spring. 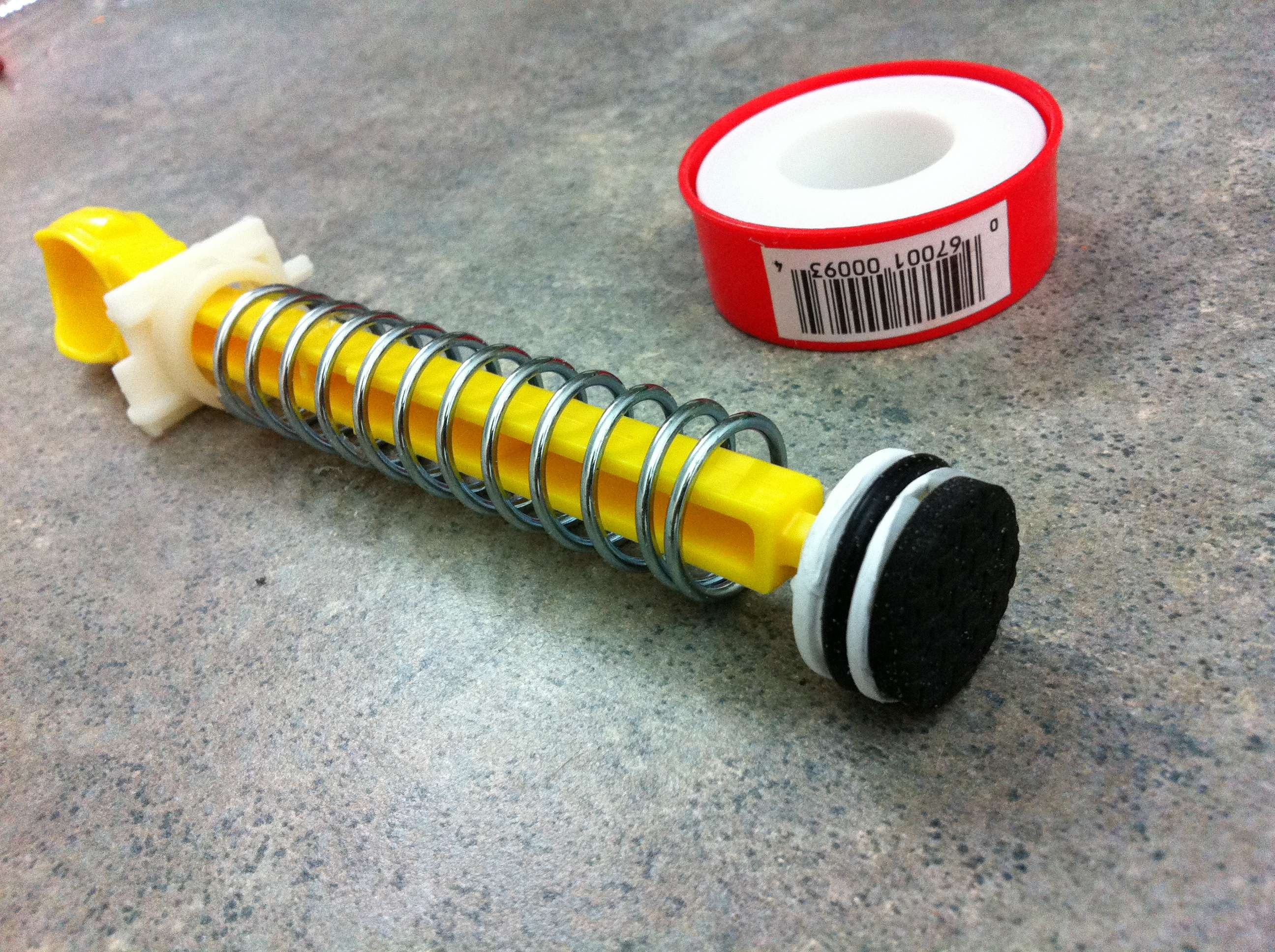 Treating the plunger head is exactly the same way as you would treat any. Some teflon tape under the O-ring and a rubber pad.

The barrel and air restrictor is glued on, so, I uncharacteristically drilled it out very sloppily. 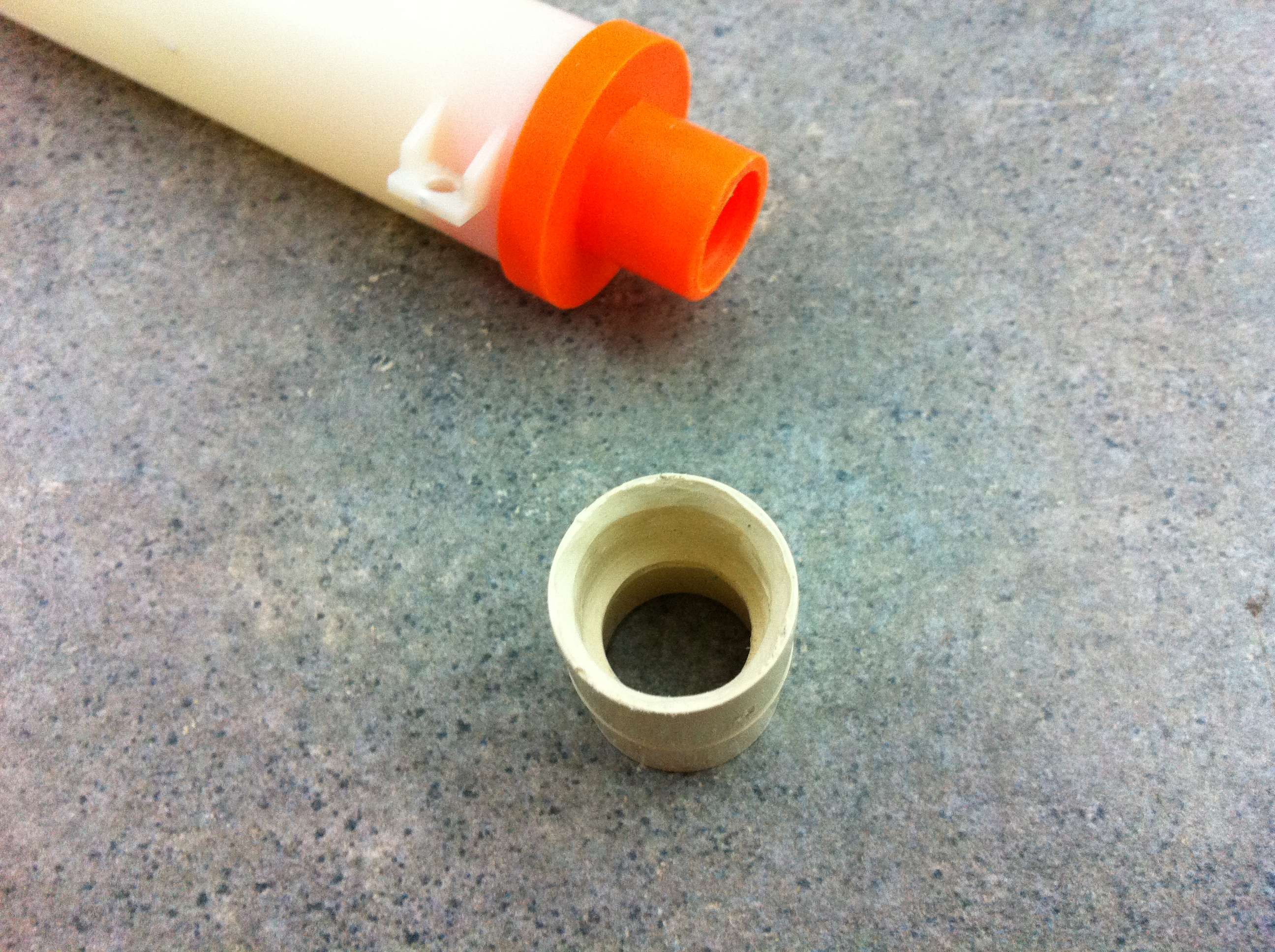 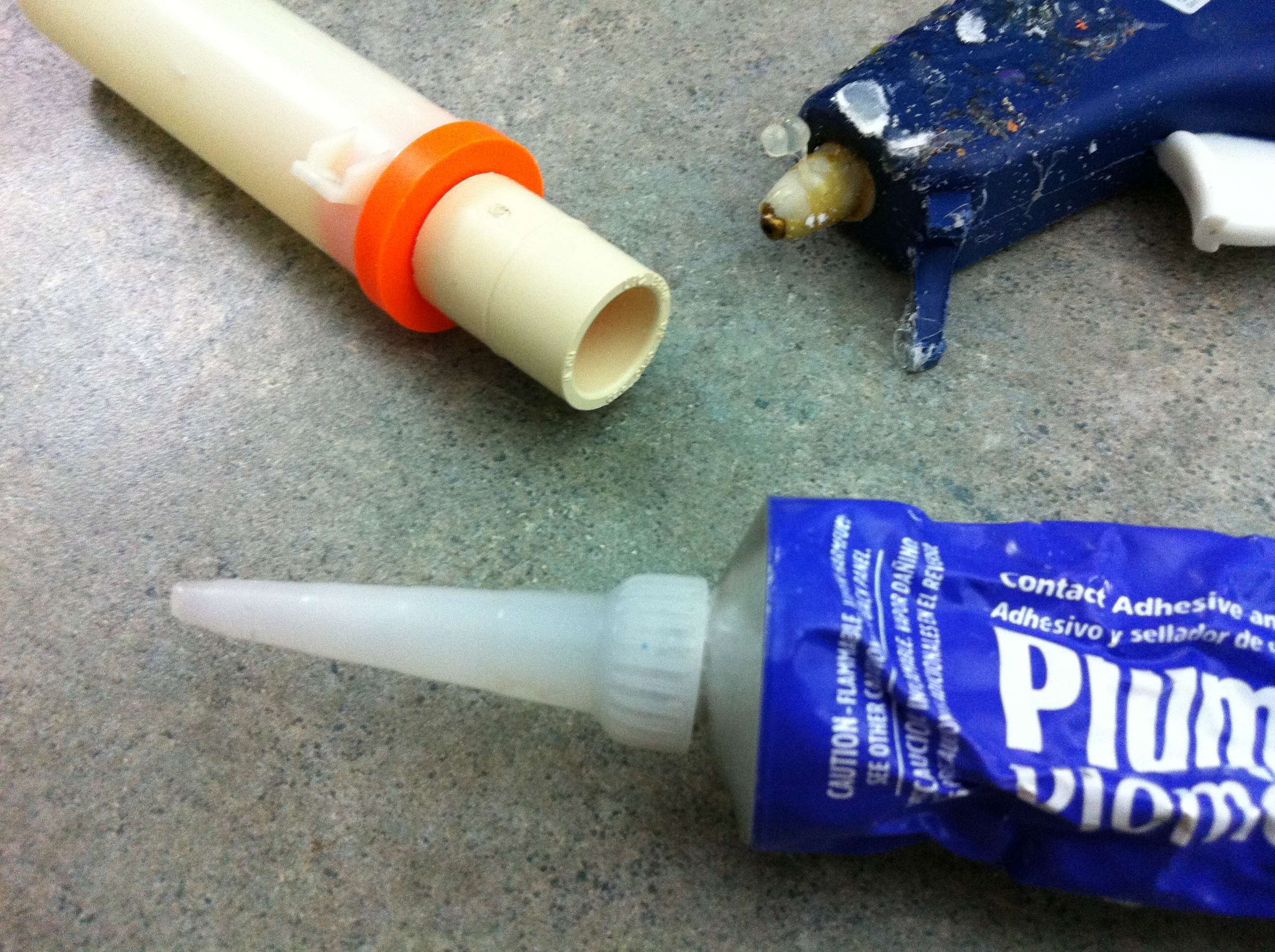 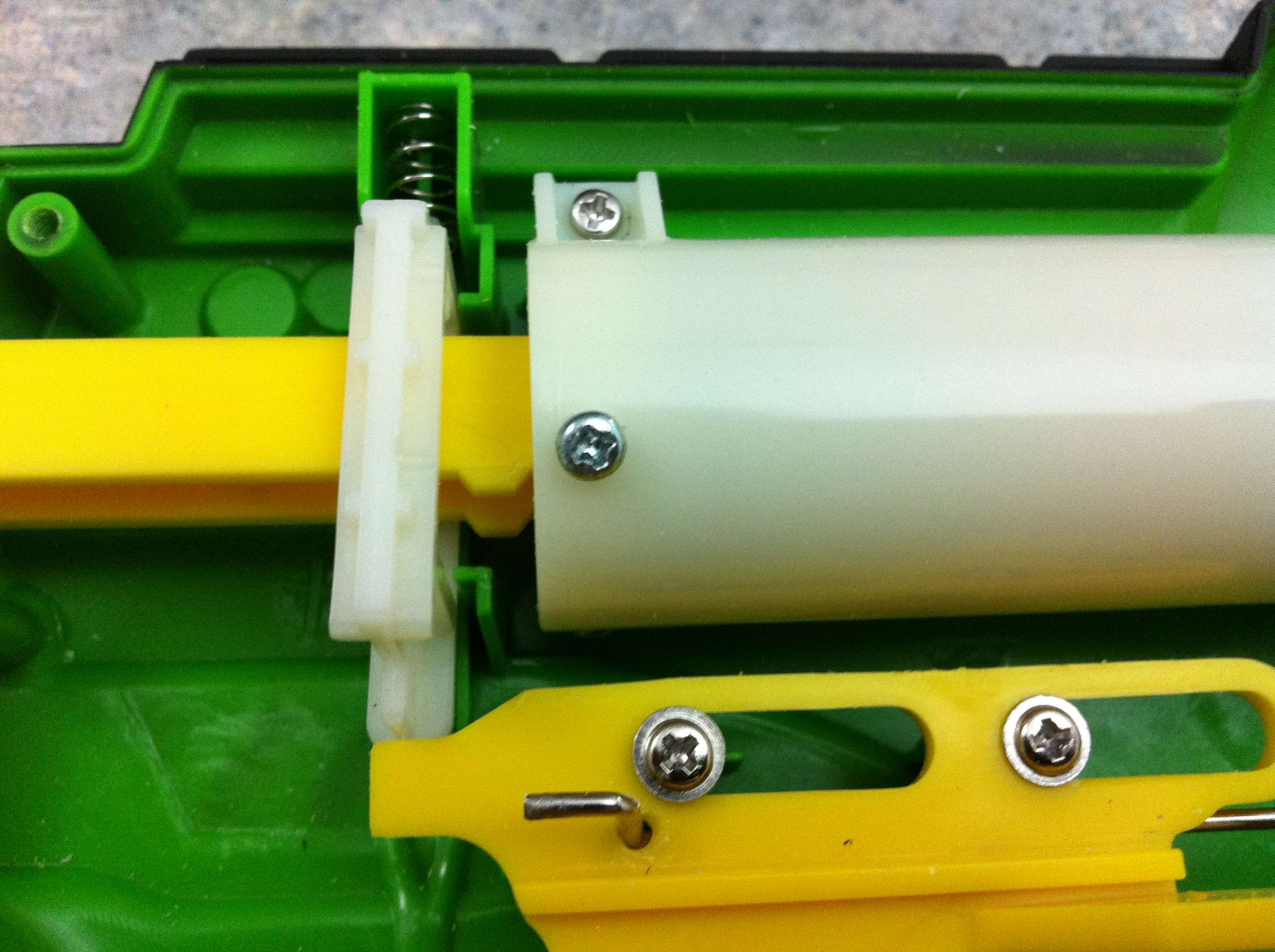 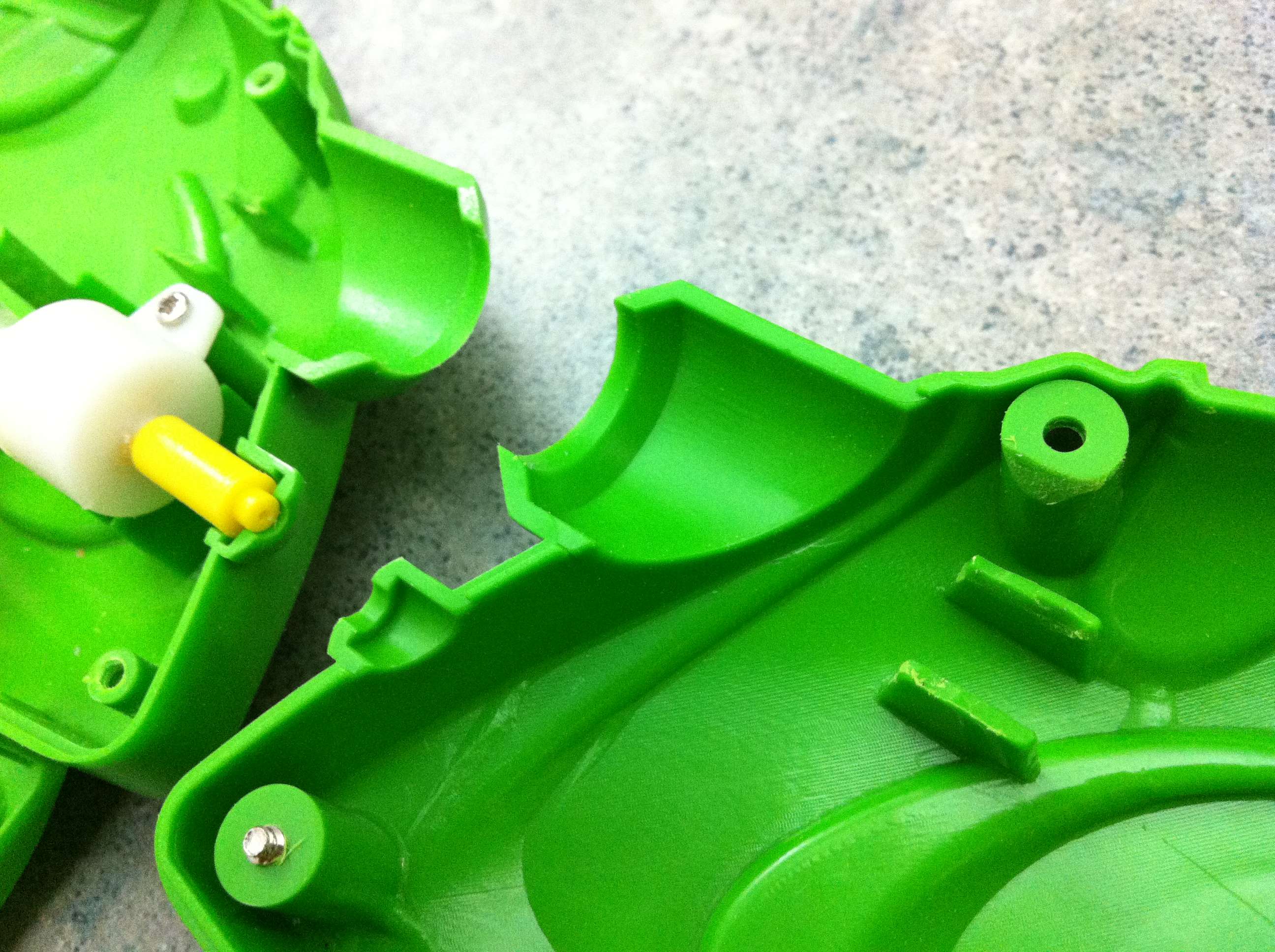 ...Some slight modification to the plunger tube support to accomodate the new coupler. 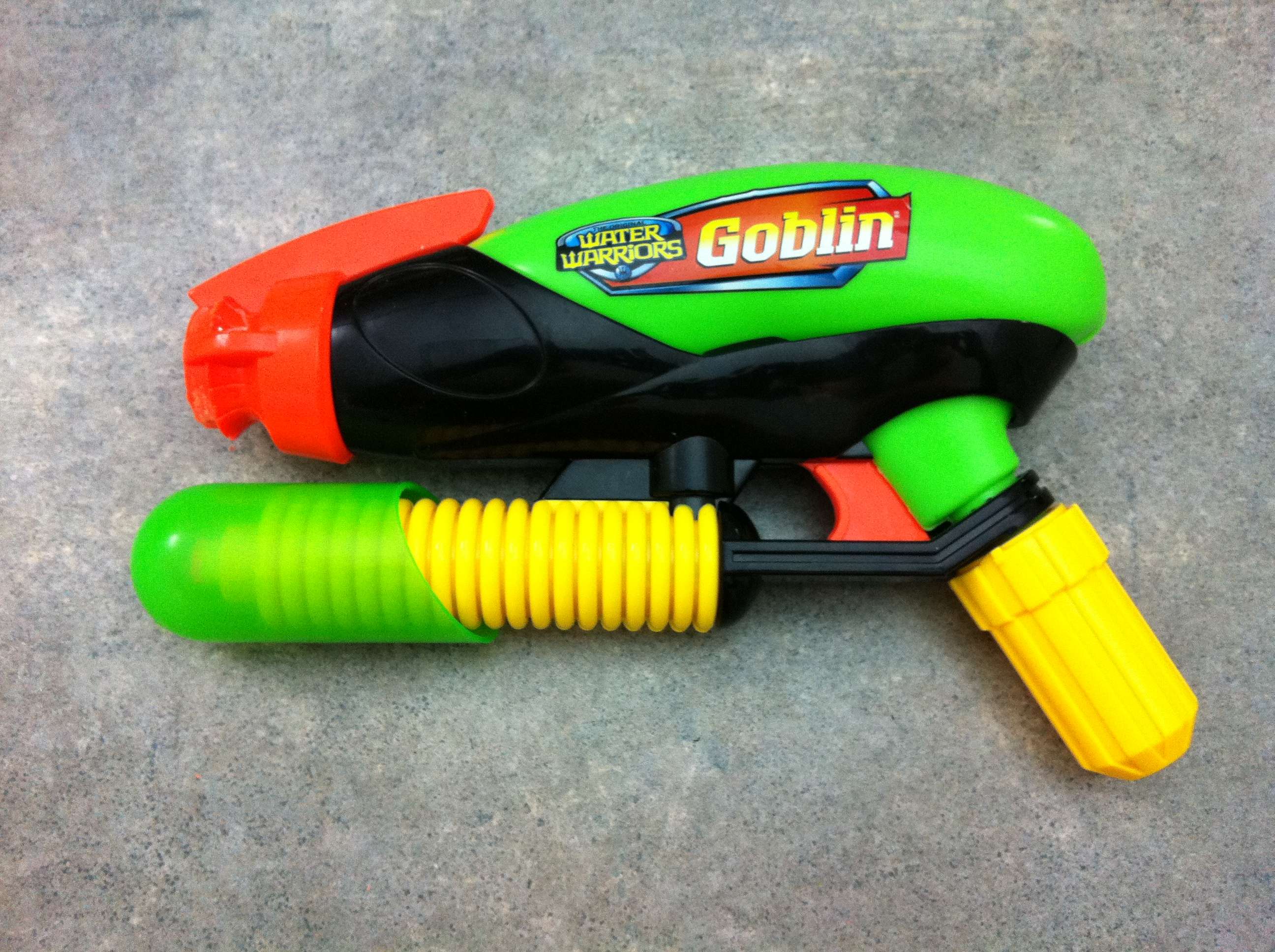 This is the blaster I used to replace the 'squirt gun' portion. There was no gentle way of opening this thing, so I literally pried it open wide enough to get my fingers in there and pulled a Hulk Hogan. 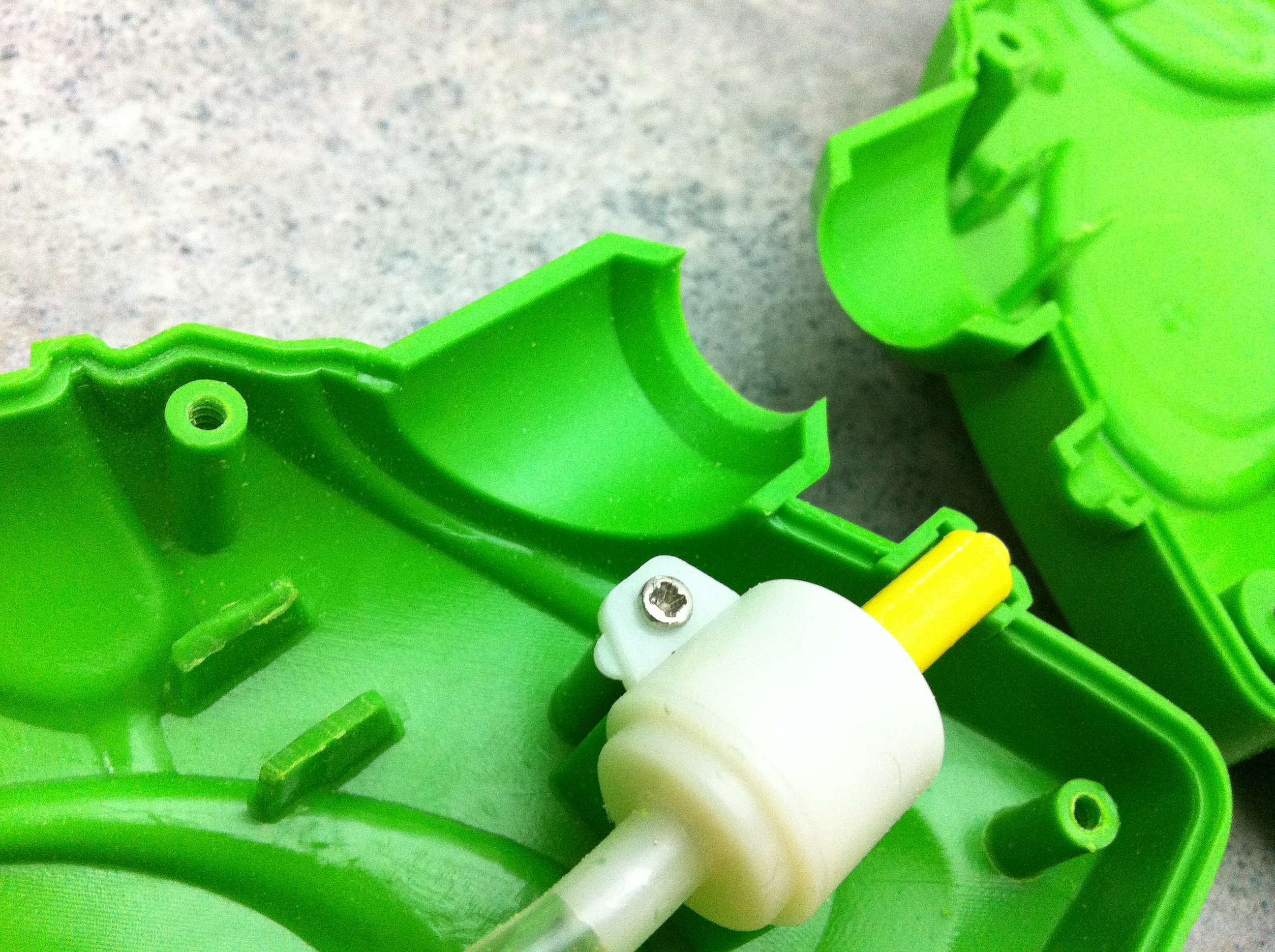 I replaced the above water nozzle with the pressure tank of the Goblin. 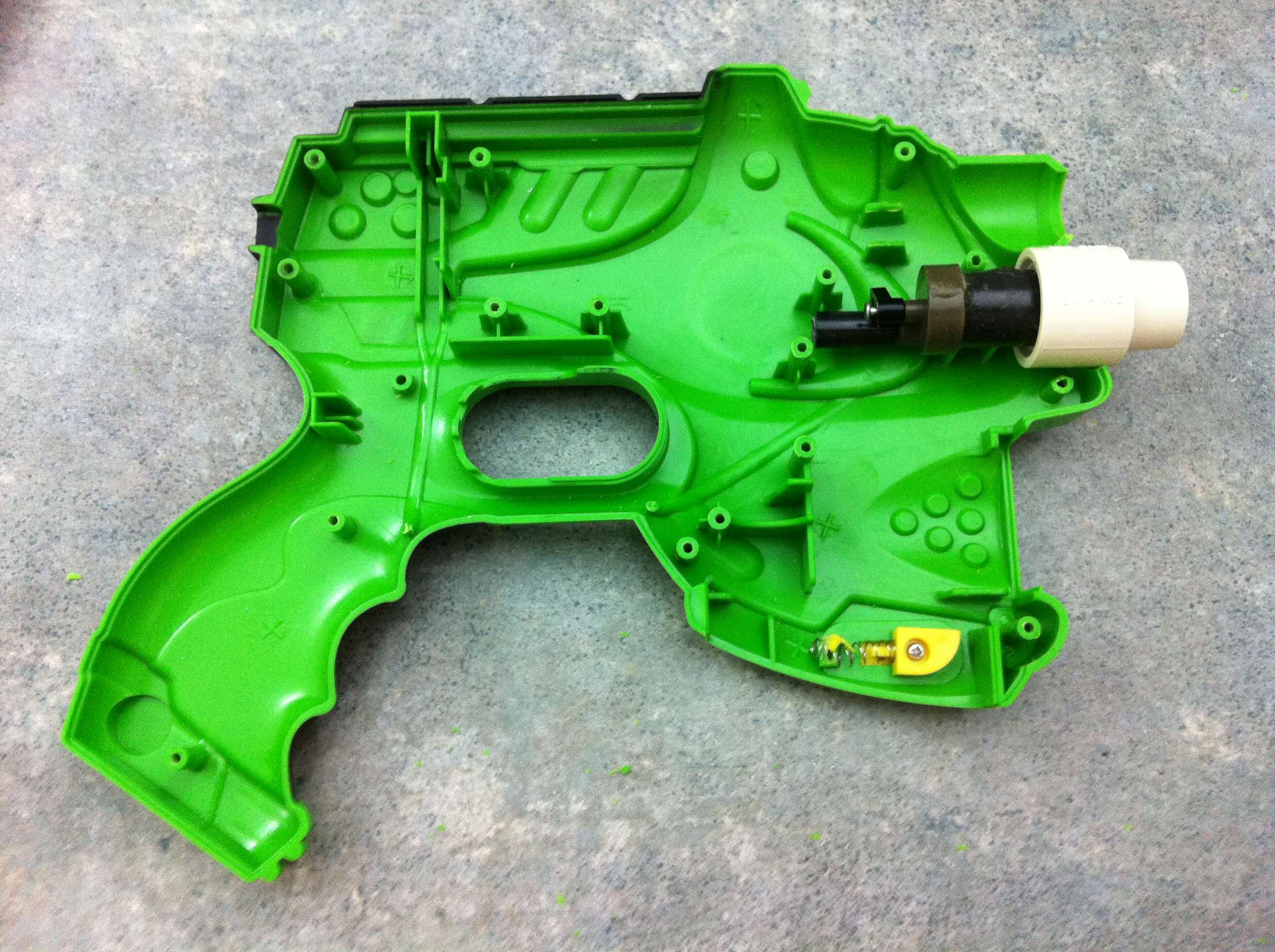 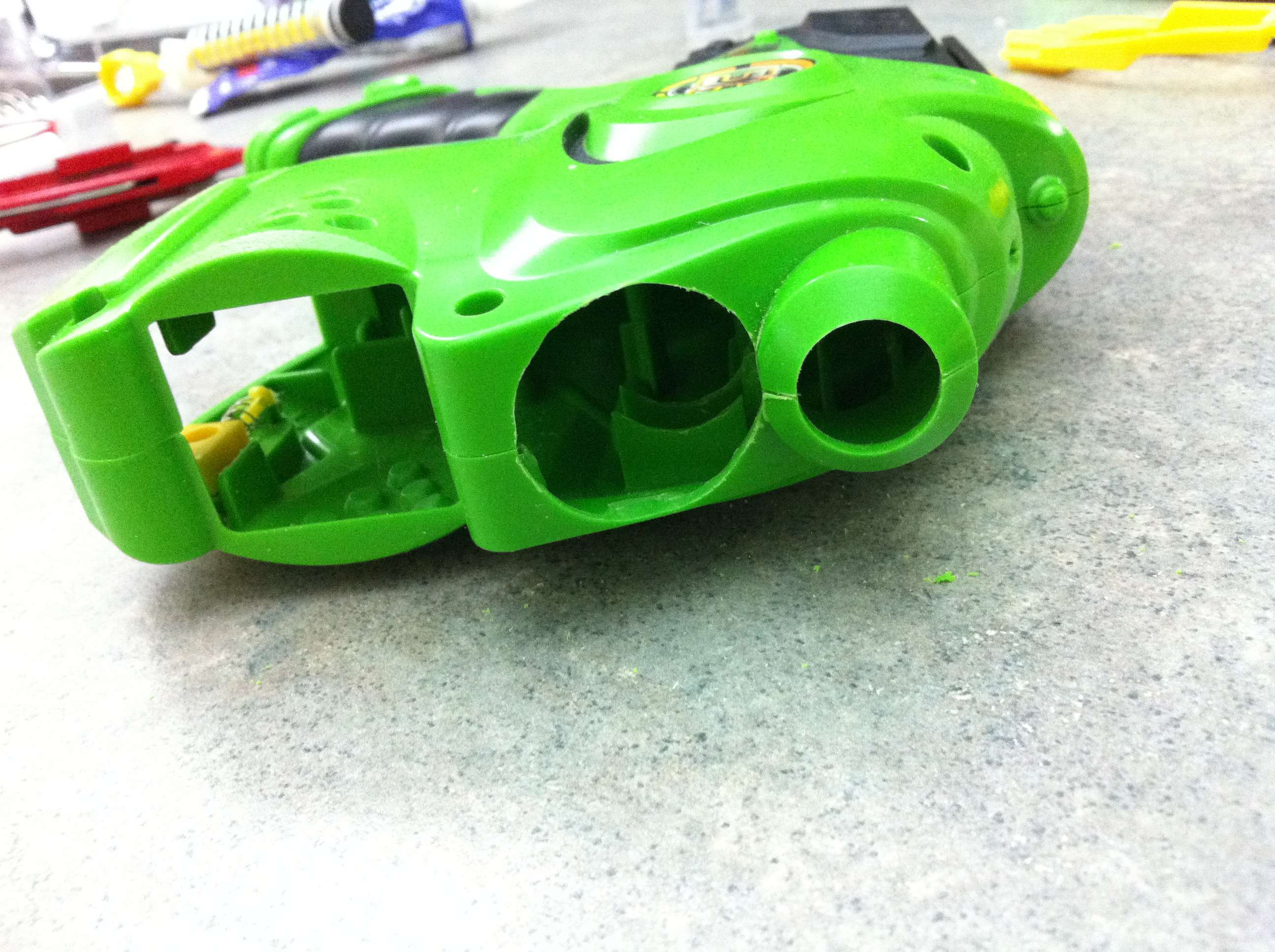 Shell modification was needed to fit the coupler. 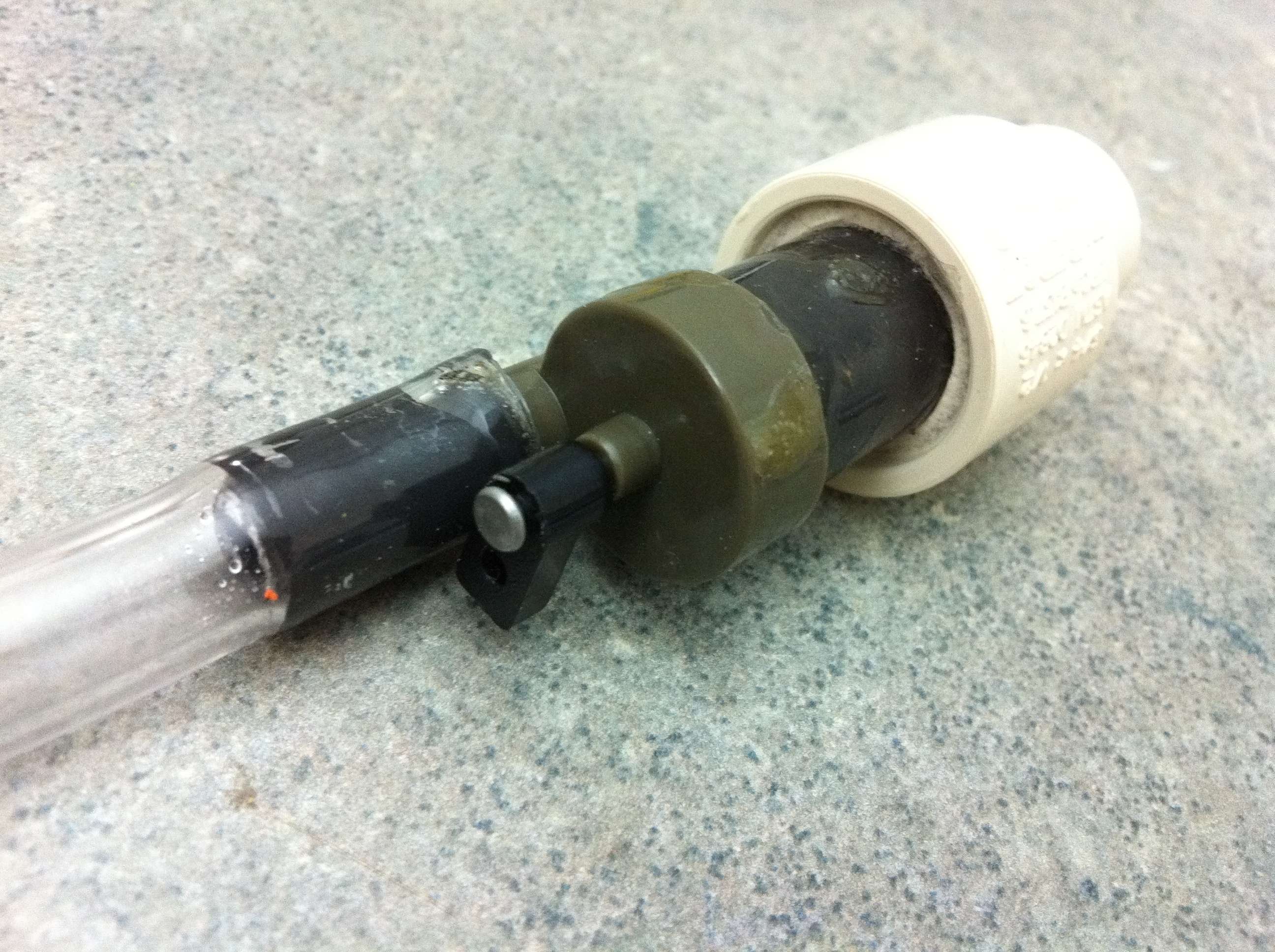 Using some vinyl tubing, I solvent welded a piece from the new tank to the water reservoir of the X-Shot. And again from the water resevoir to the cut up pump from the Goblin, which fit surprisingly well in the dart holder. I also moved the placement of the 'water-fill-up' hole to the side of the reservoir since the reservoir is now no longer removeable. 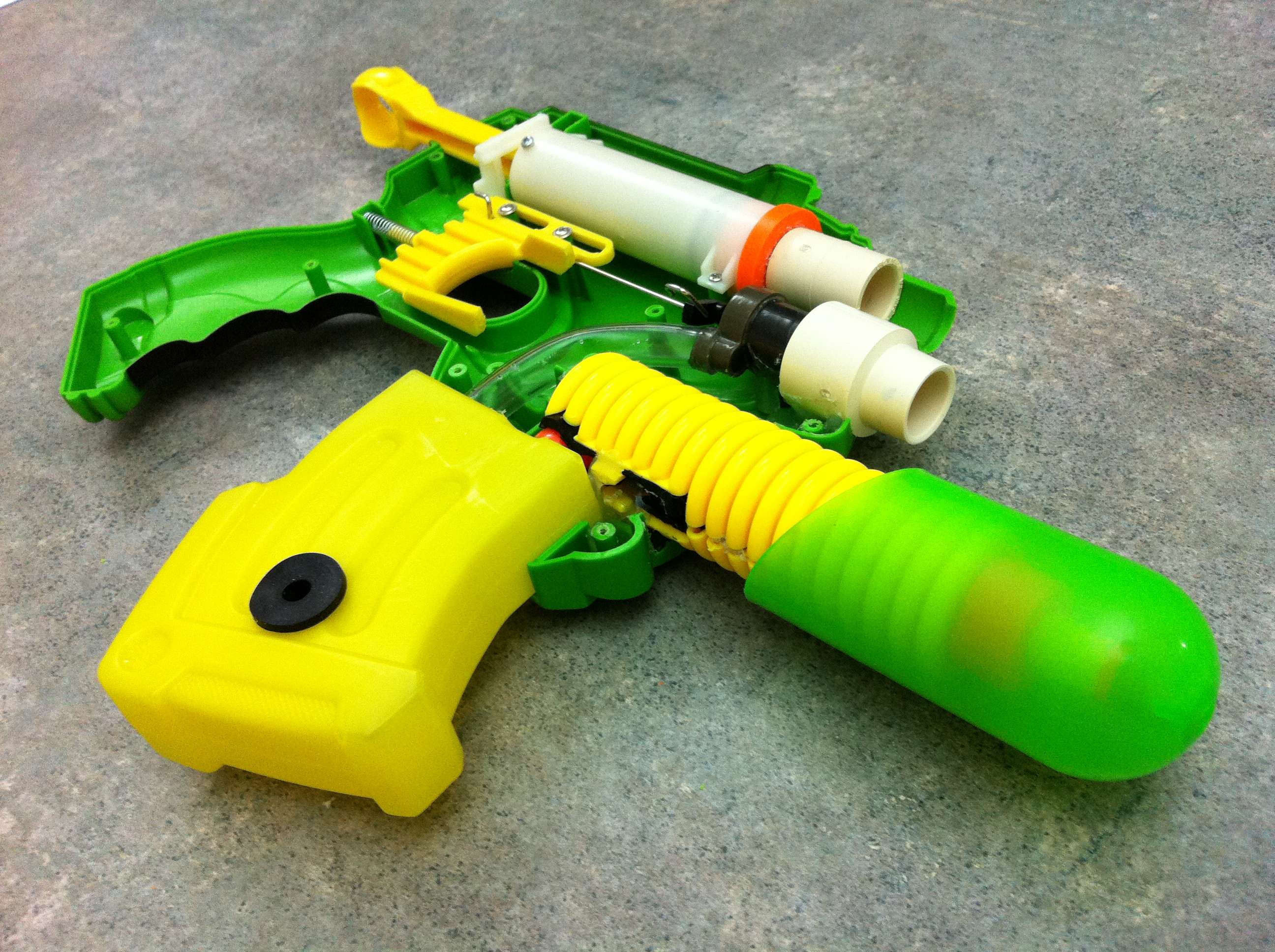 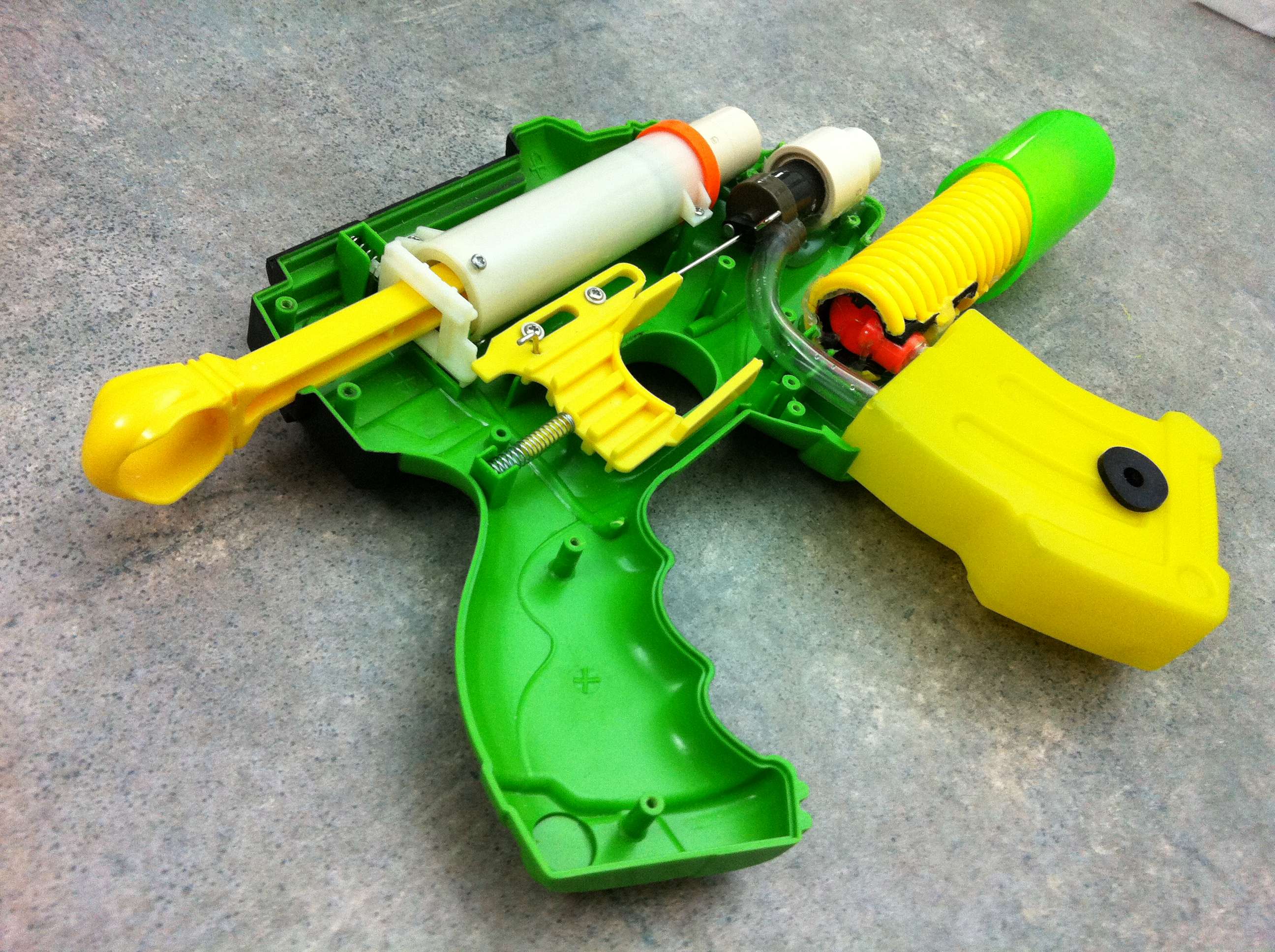 I know it seems like there were a few steps skipped, which now reminds me of why I didn't post a writeup way back when. The pics were lost in translation as it were.

An added little bonus was this: 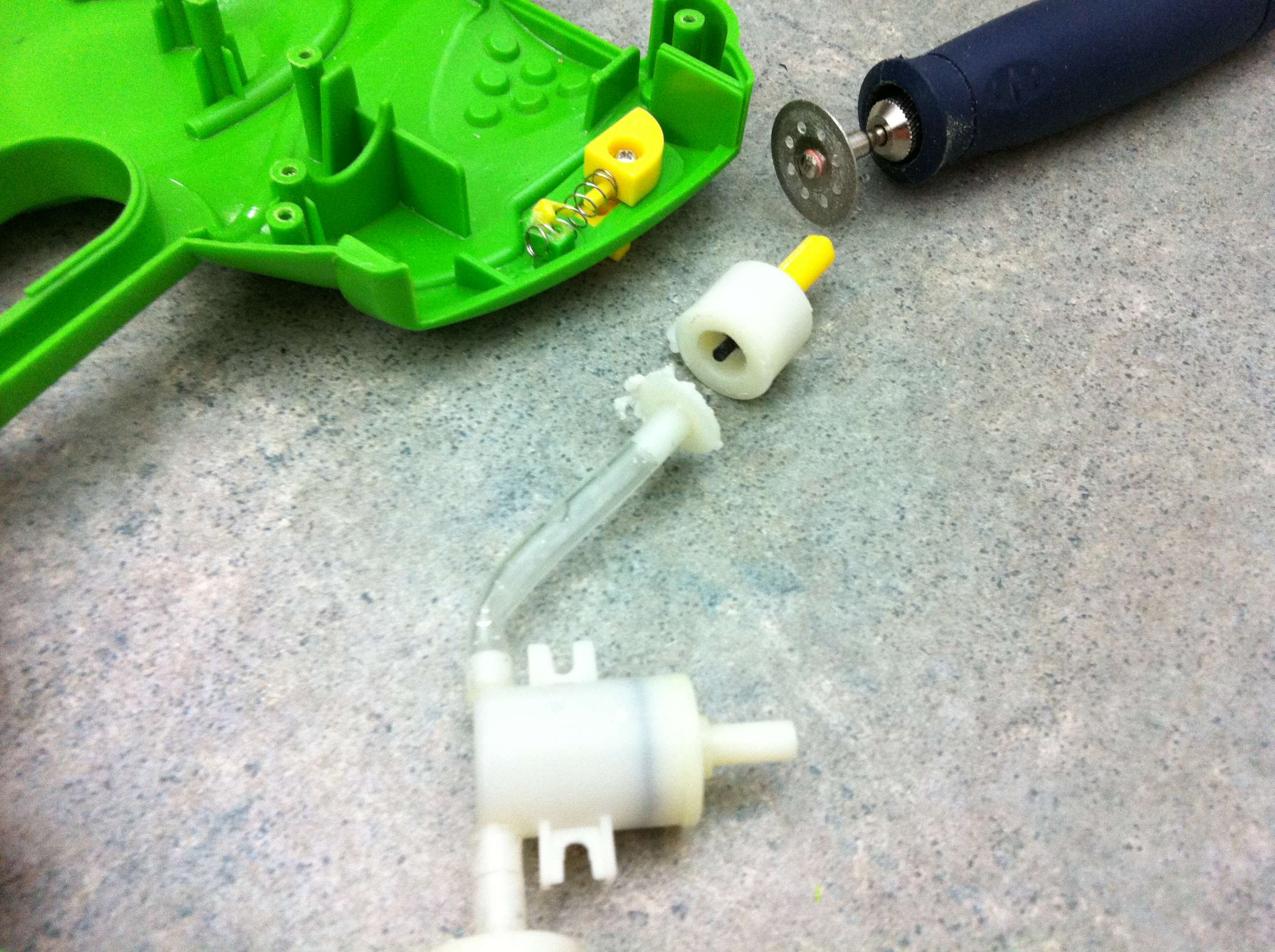 I Dremeled out the original nozzle and shoved it into a 1/2" CPVC coupler. 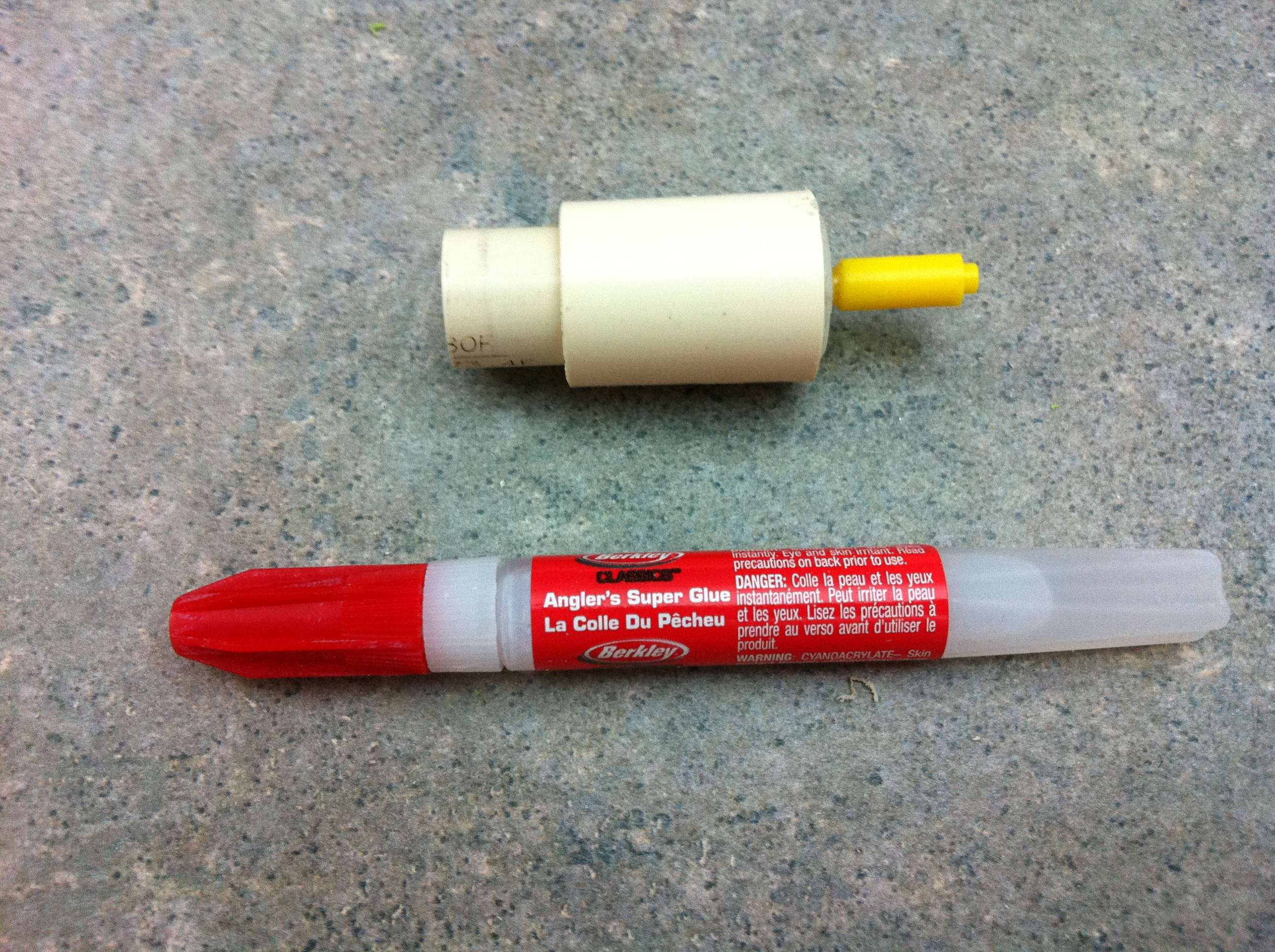 That's a piece of CPVC sticking out the back so I can attach it to the coupler. 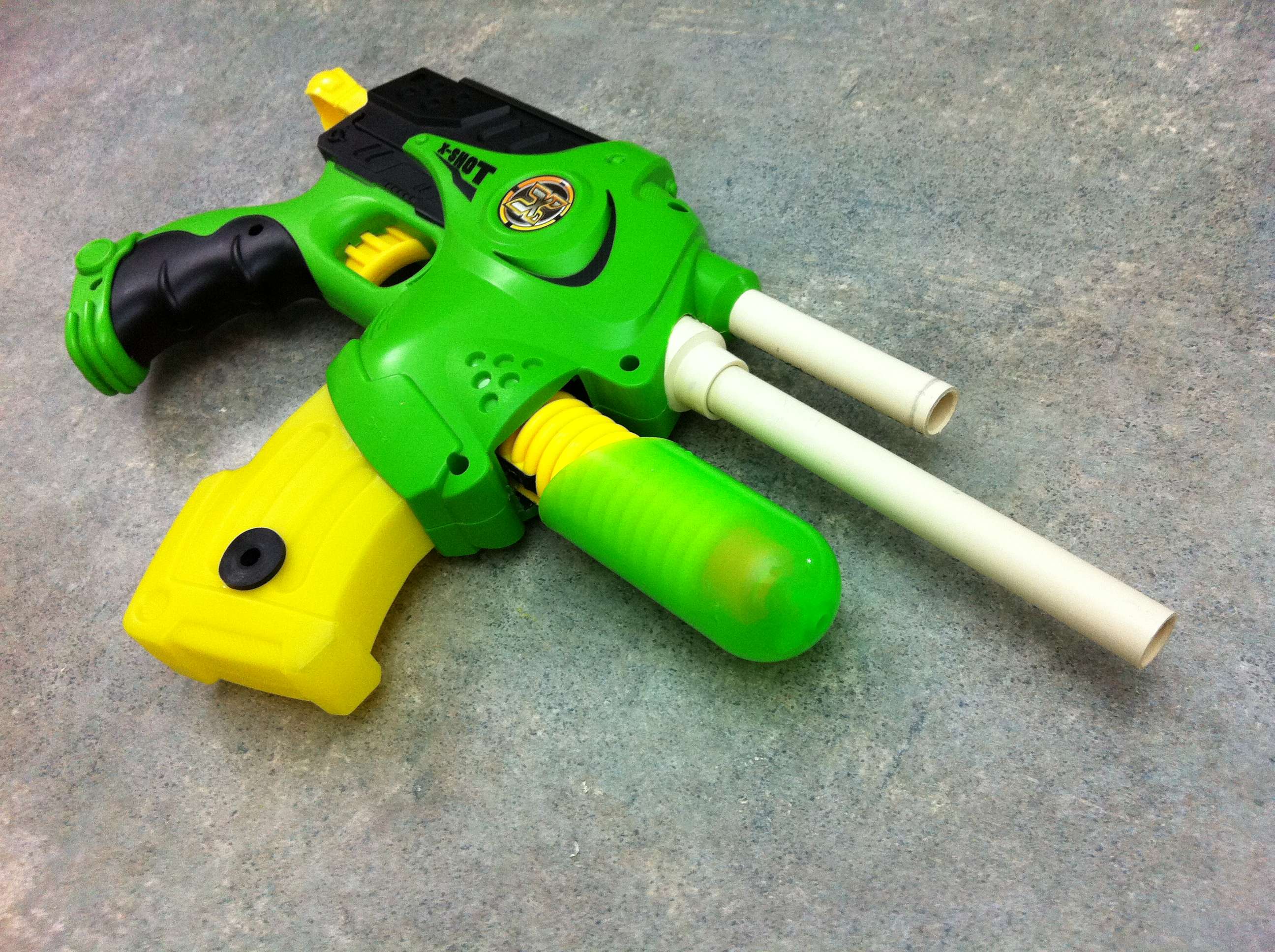 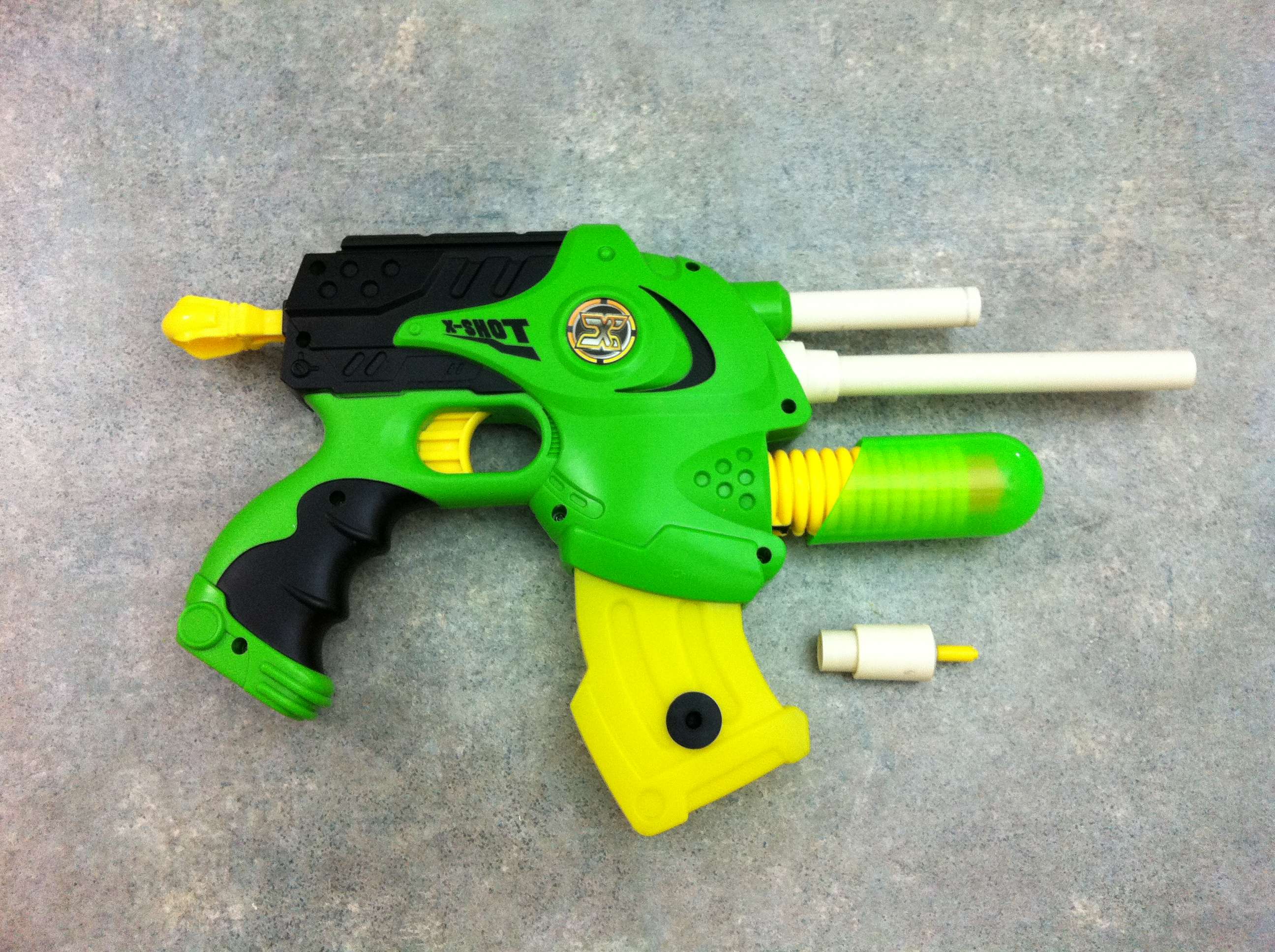 ...with the water nozzle attachment: 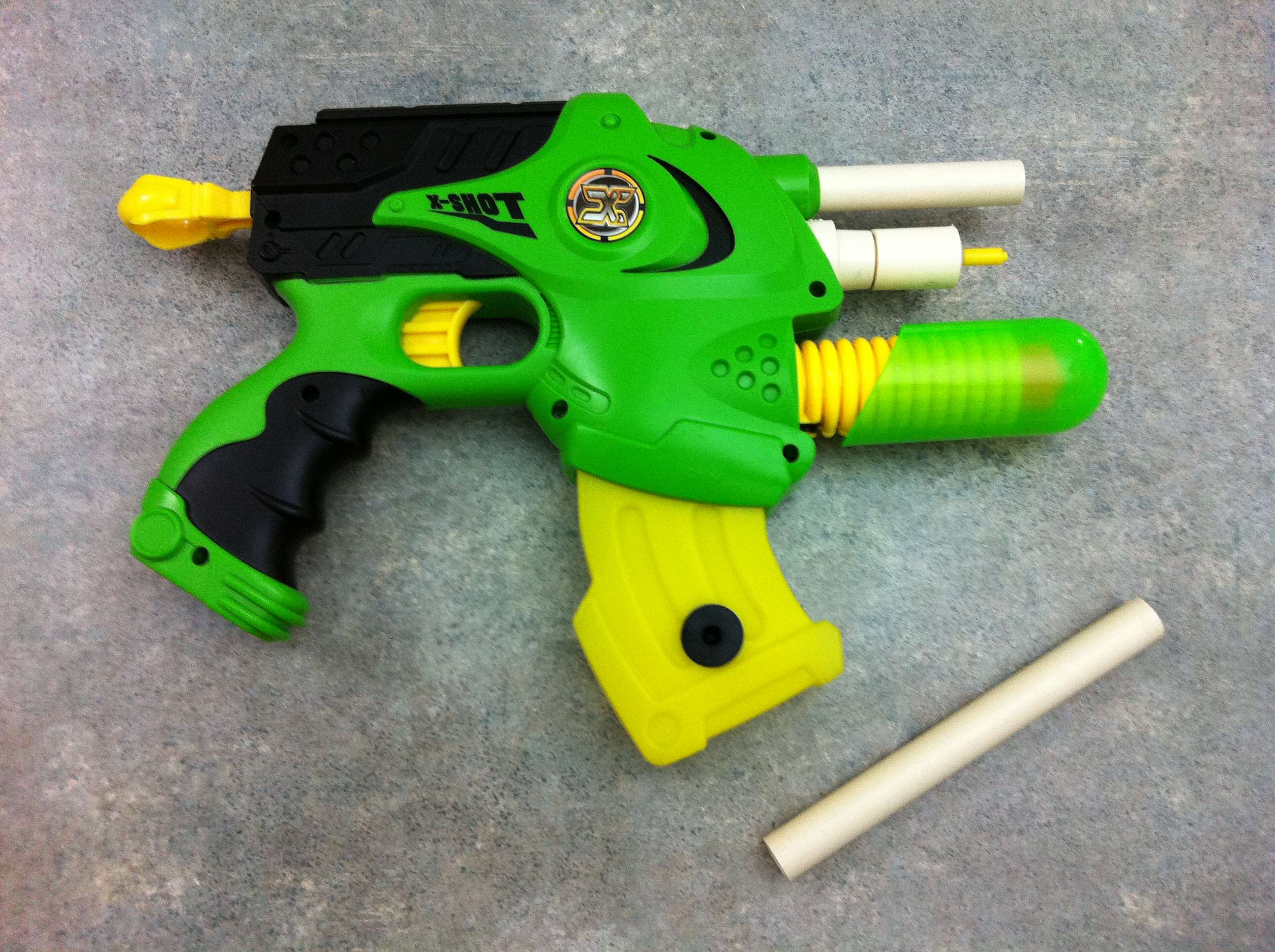 Not a game changer but a fun little challenge and project for under $15.


...and just in case you're wondering, firing a dart with a full water reservoir does not work so well. It's either or, I'm afraid.

That is a very interesting mod. I especially like the new water tank part, Good job makeitgo.

Good job man. I think this is very interesting, especially with a water tank too. I really like that part. That not only could it shoot darts but also water. Score...well except on cold days.

I saw this line of blasters on Urban Taggers and was wondering when mods would make their way to the Haven. I am actually looking forward to some of their new models, like the over-under-shotgun looking thing and their bow.