Okay, since there seems to be a bunch of rare vintage blasters being modded and overhauled lately (Rogue's Lightning Blitz, pSyk's Tech Target and Sawtooth, Drac's Defender 3 Pistol, Knd/Ace's original release NiteFinder), I thought I'd follow suit with a lesser known blaster from 1994, the ChainBlazer. A kind of mini-Arrowstorm. 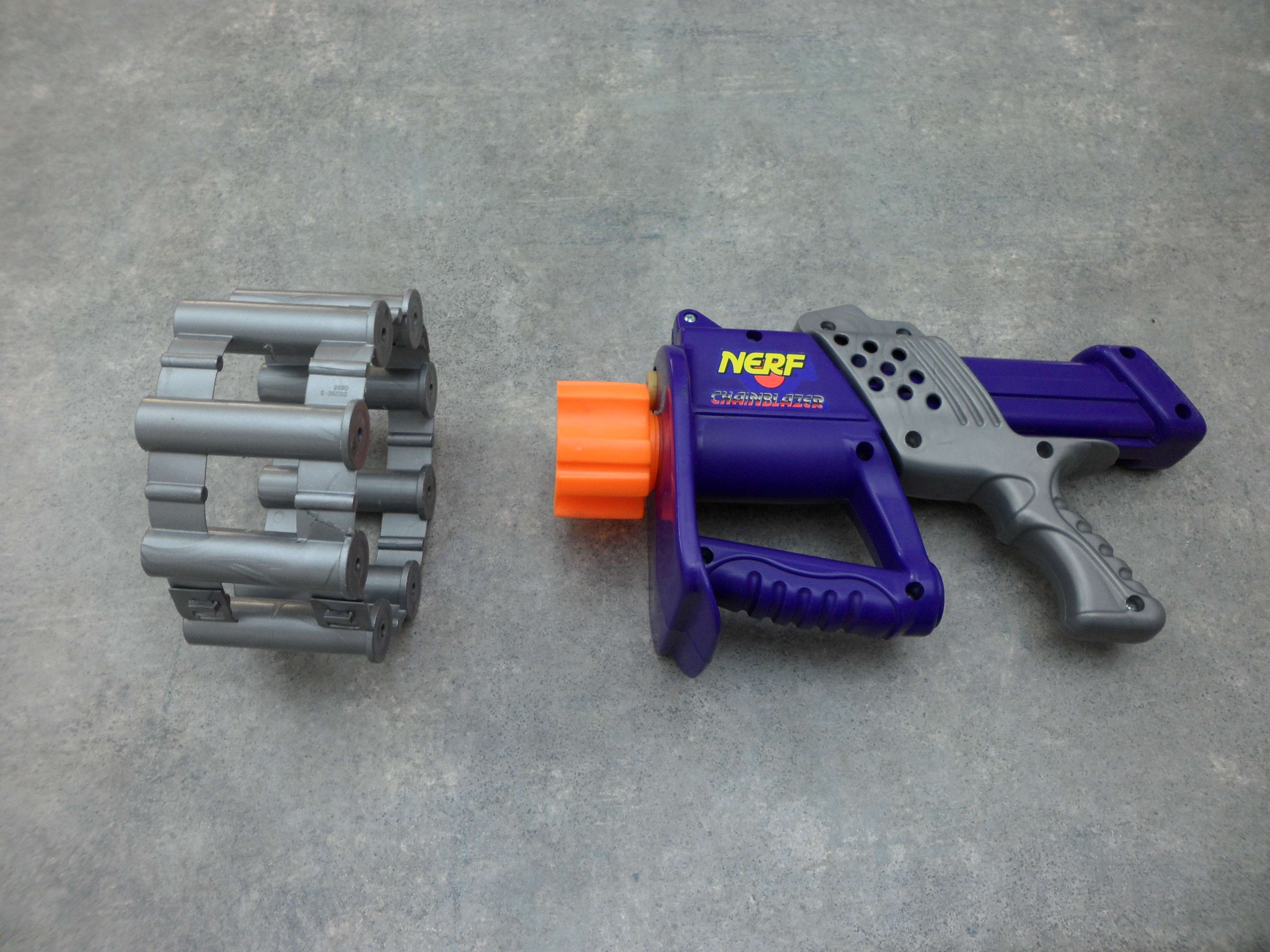 I found this during one of my thrift store hunts. The orange cover flap was missing and it wasn't priming properly. But what was cool was that it actually had the chain....although I won't be using it.

Upon opening it up, I was able to determine why it wasn't priming properly. The hook for the return spring on the plunger tube catch was broken. Meaning, that since the plunger tube failed to return before the plunger catch released, no air was being directed towards the dart. 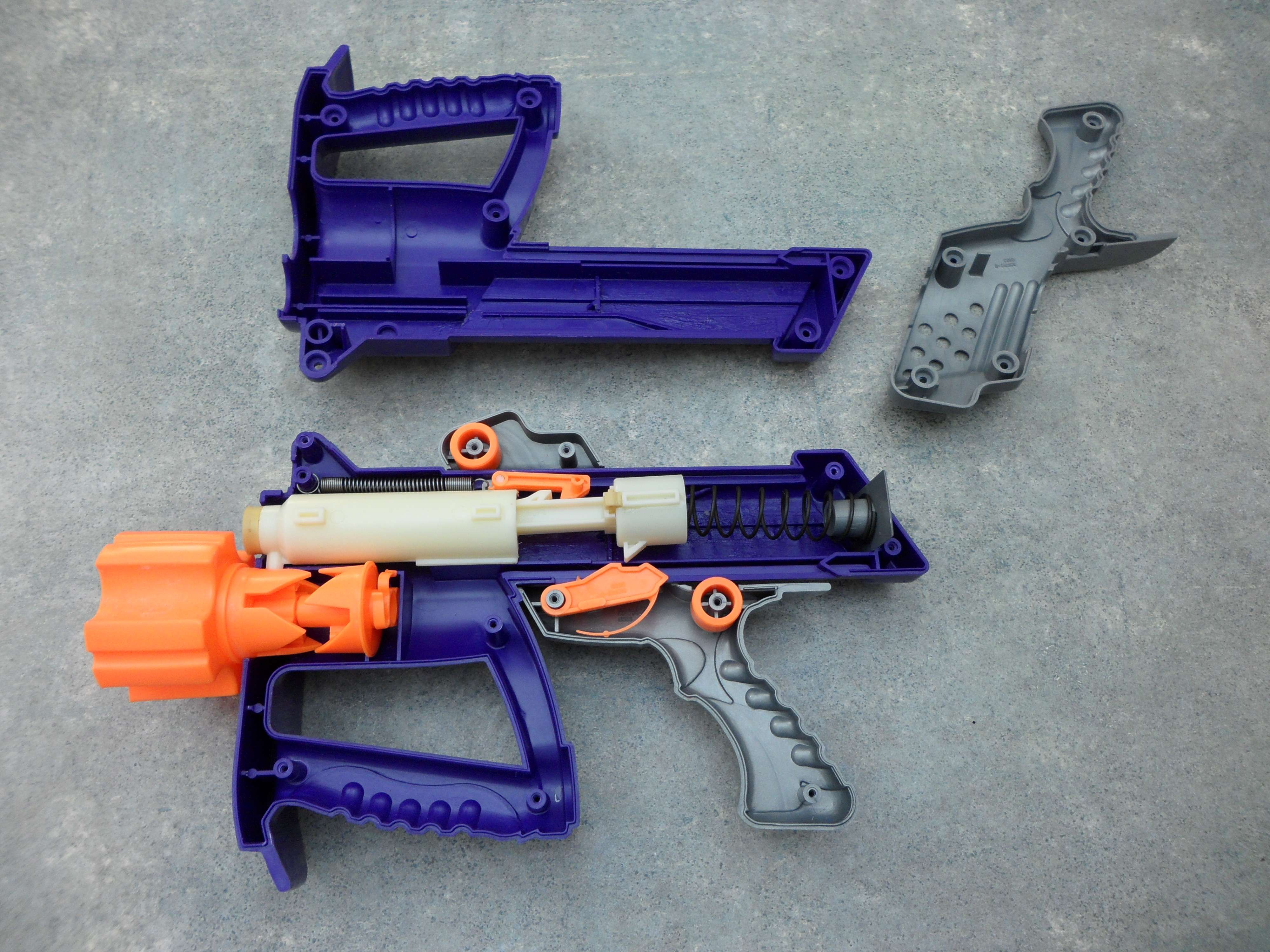 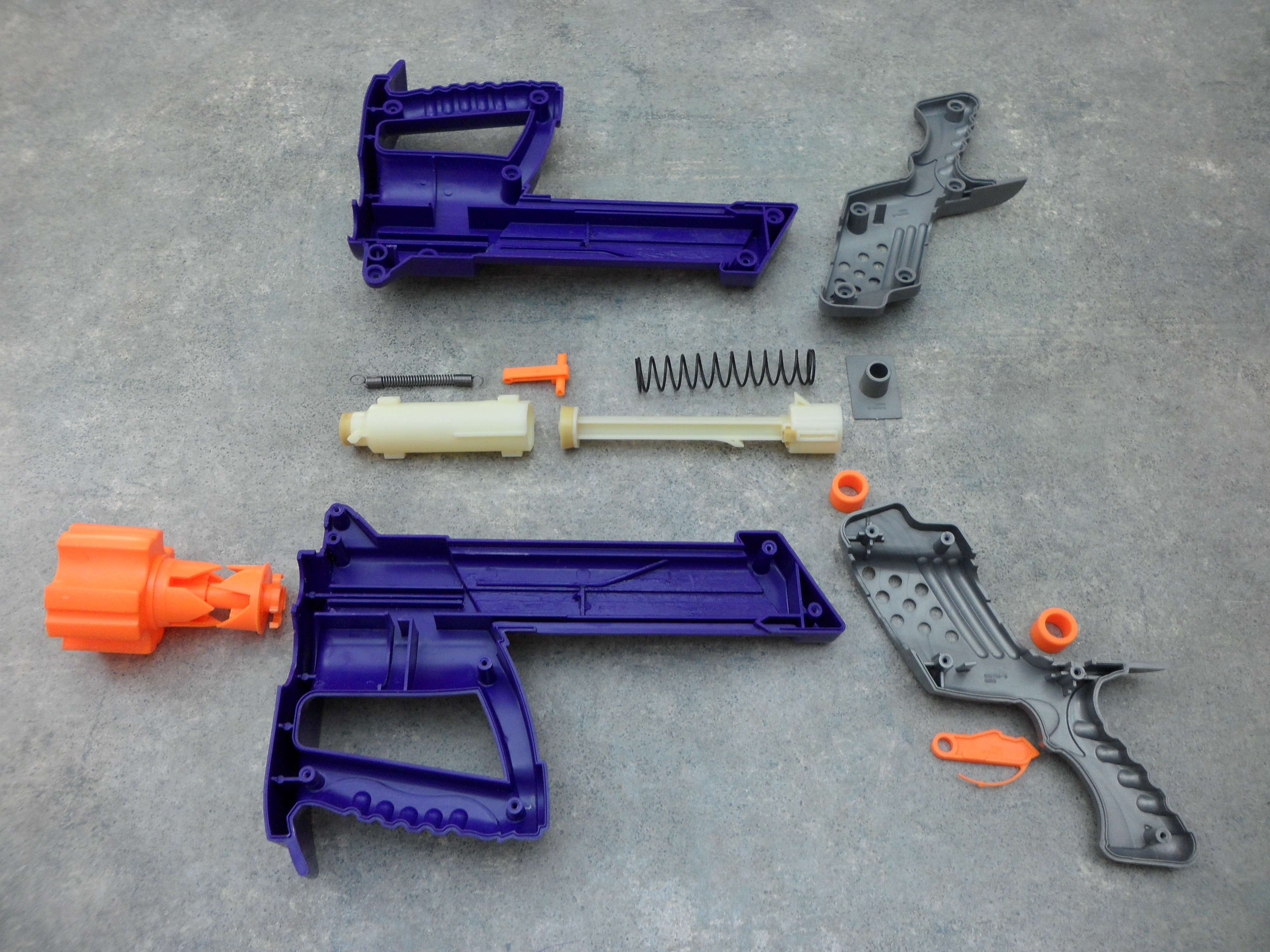 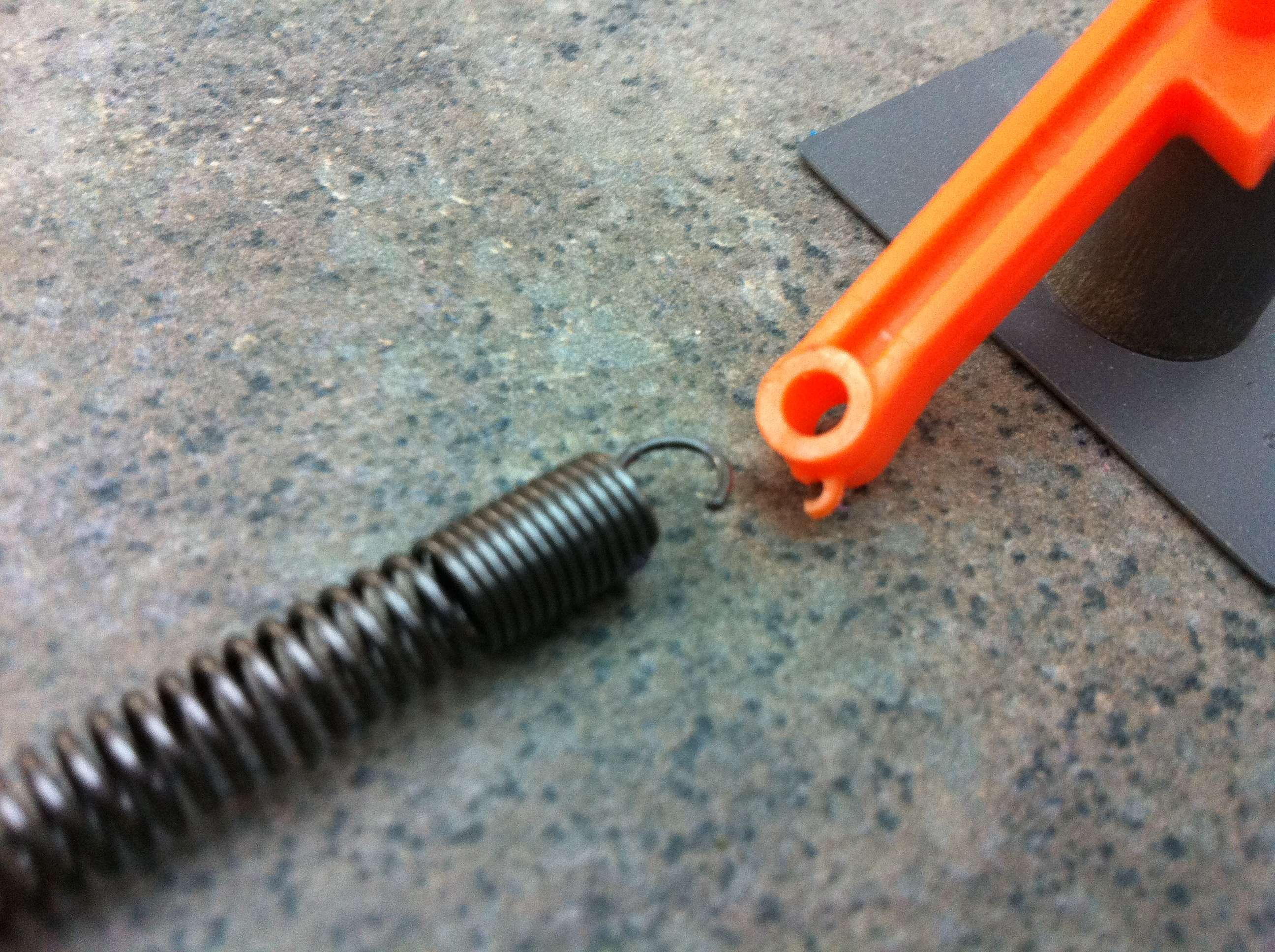 An easy fix for this was to Dremel a small hole in the support for the plunger tube catch. 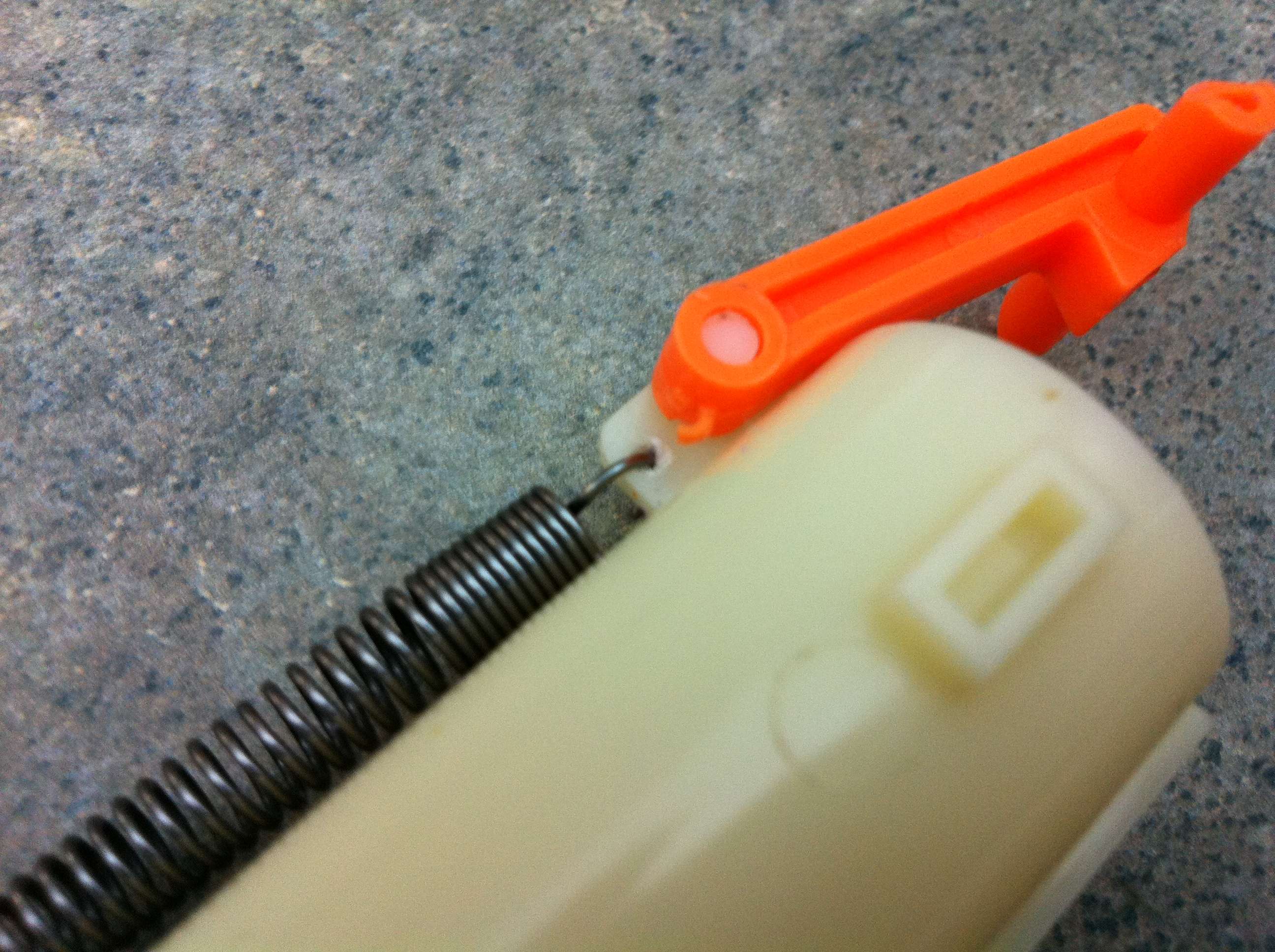 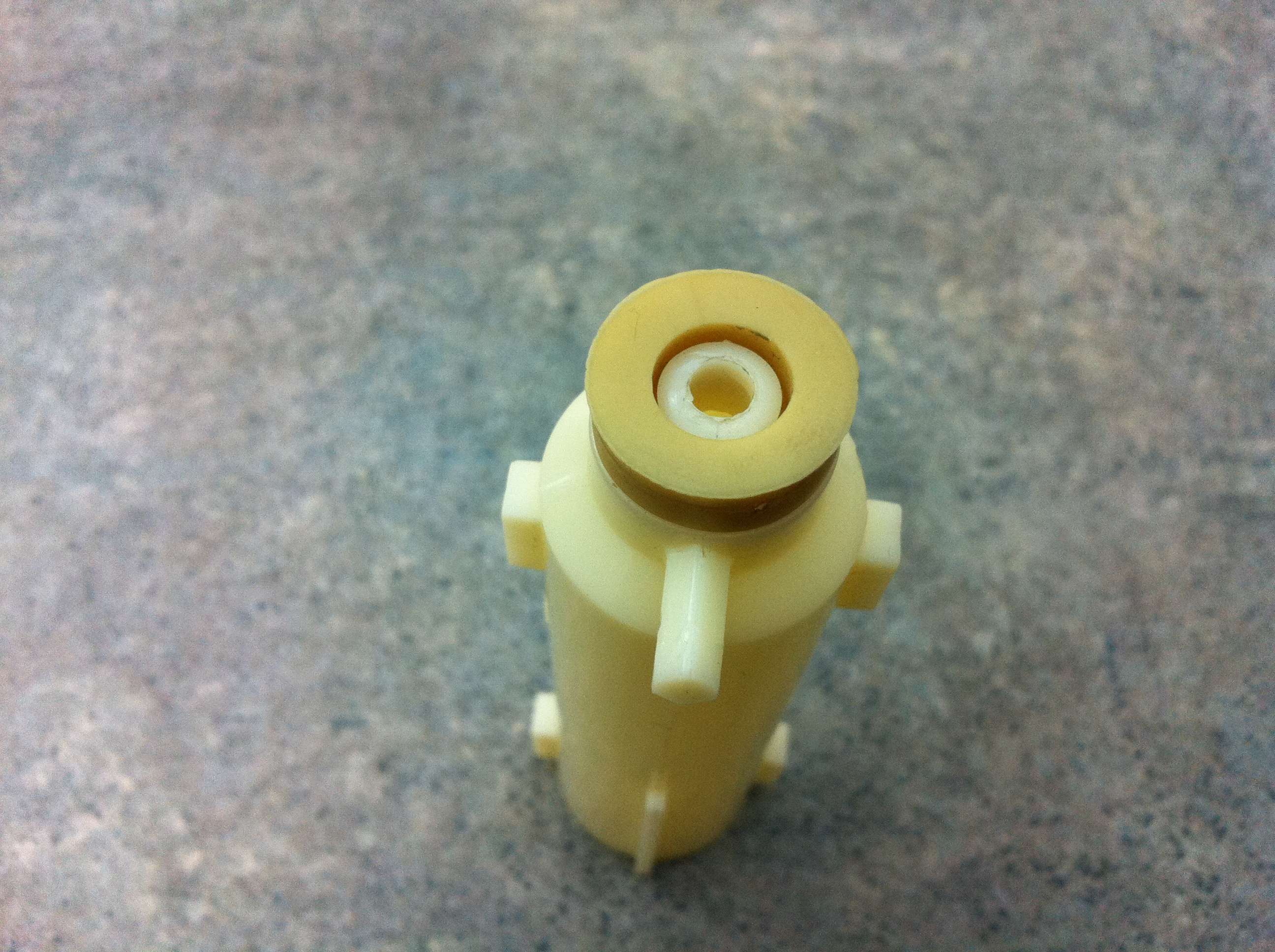 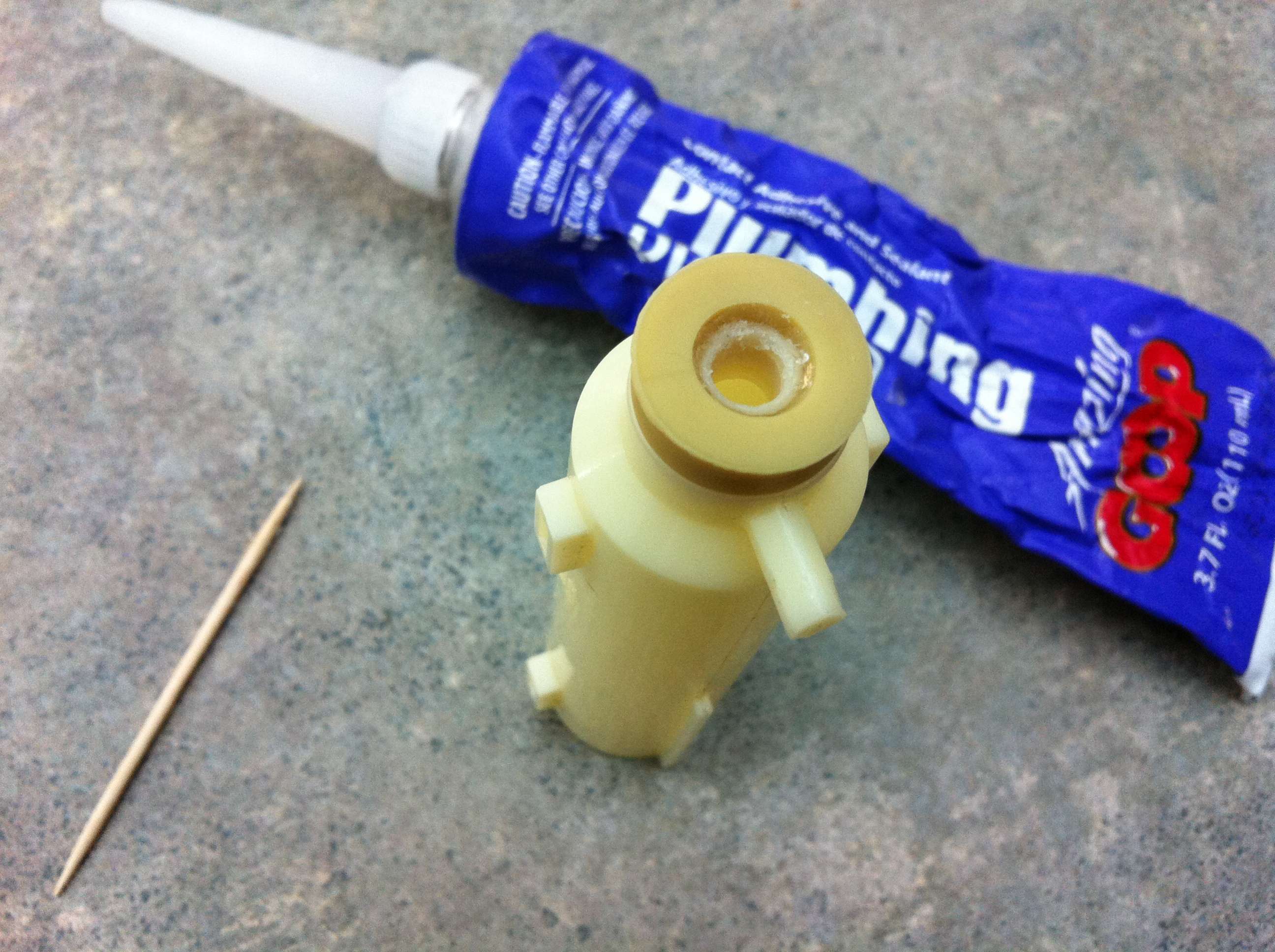 The plunger has a skirt style plunger head. I Just put hotglue within the crevice to help push it a little wider creating a better seal. 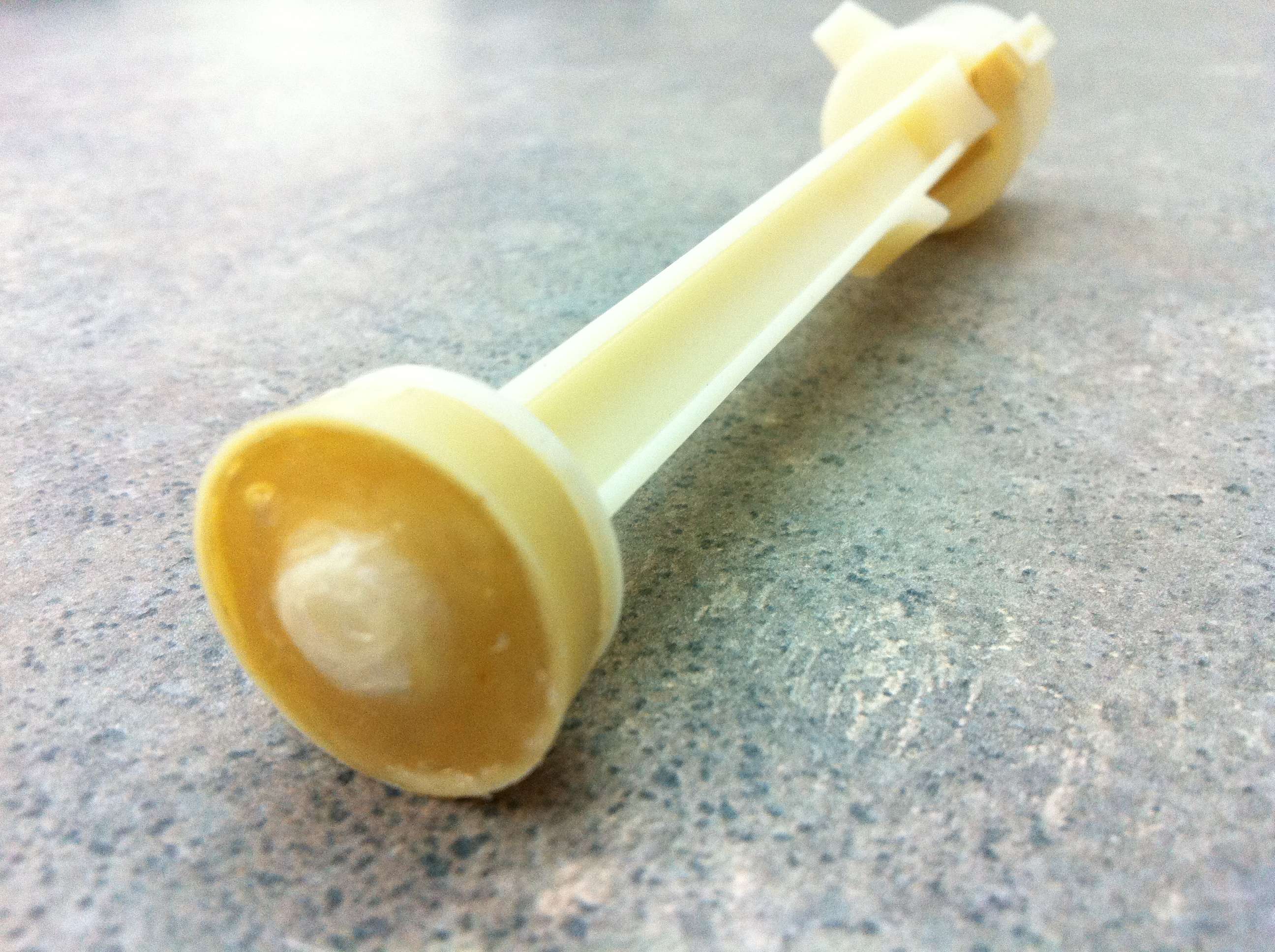 The stock spring is actually pretty strong for this blaster so I chose not to replace it with something stronger. Therefore I also decided not to do anything to the very interesting catch mechanism.

What I did do, however, was cut a small piece of 1/2 inch PVC to pre-compress the spring a little more. 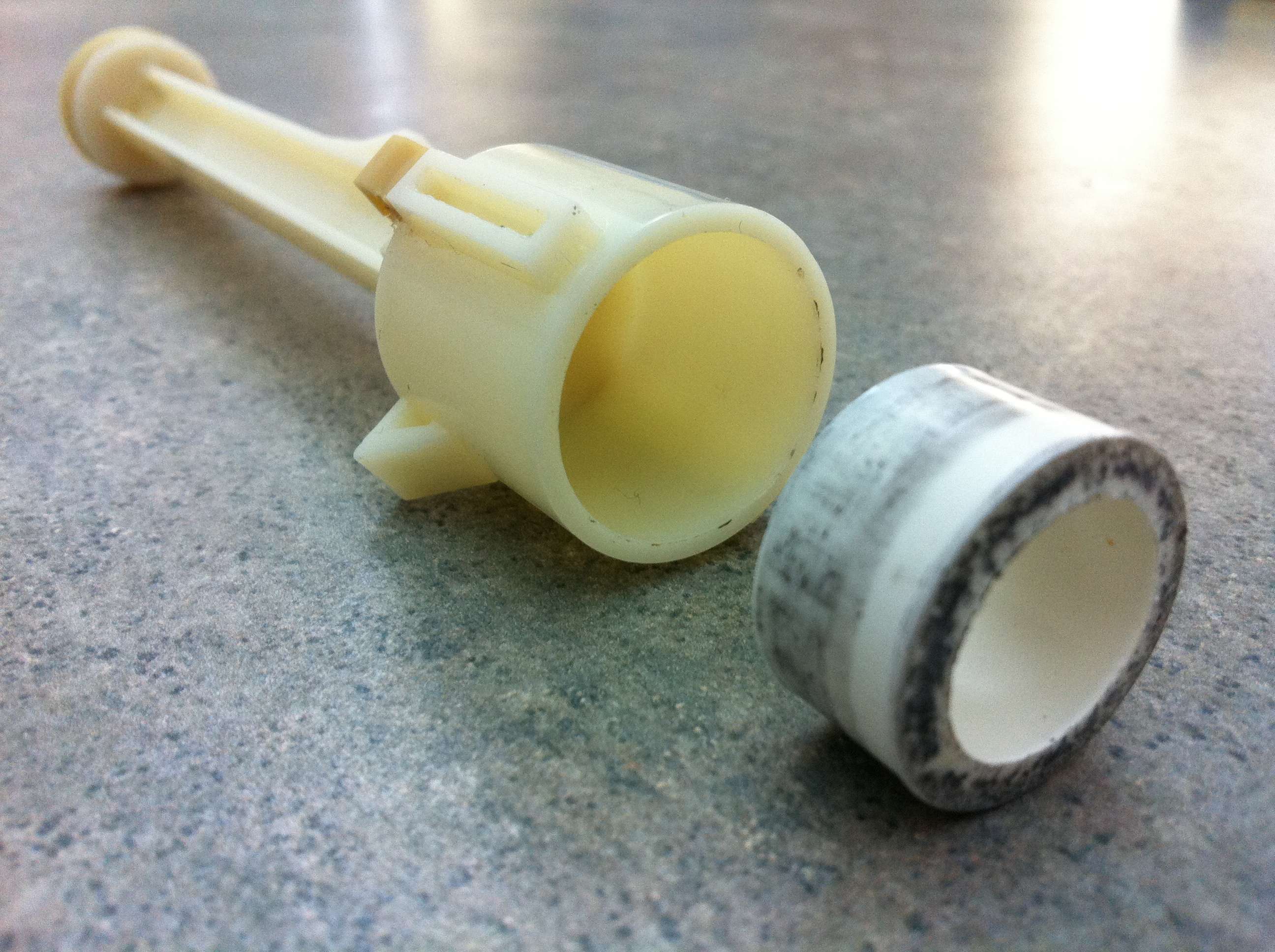 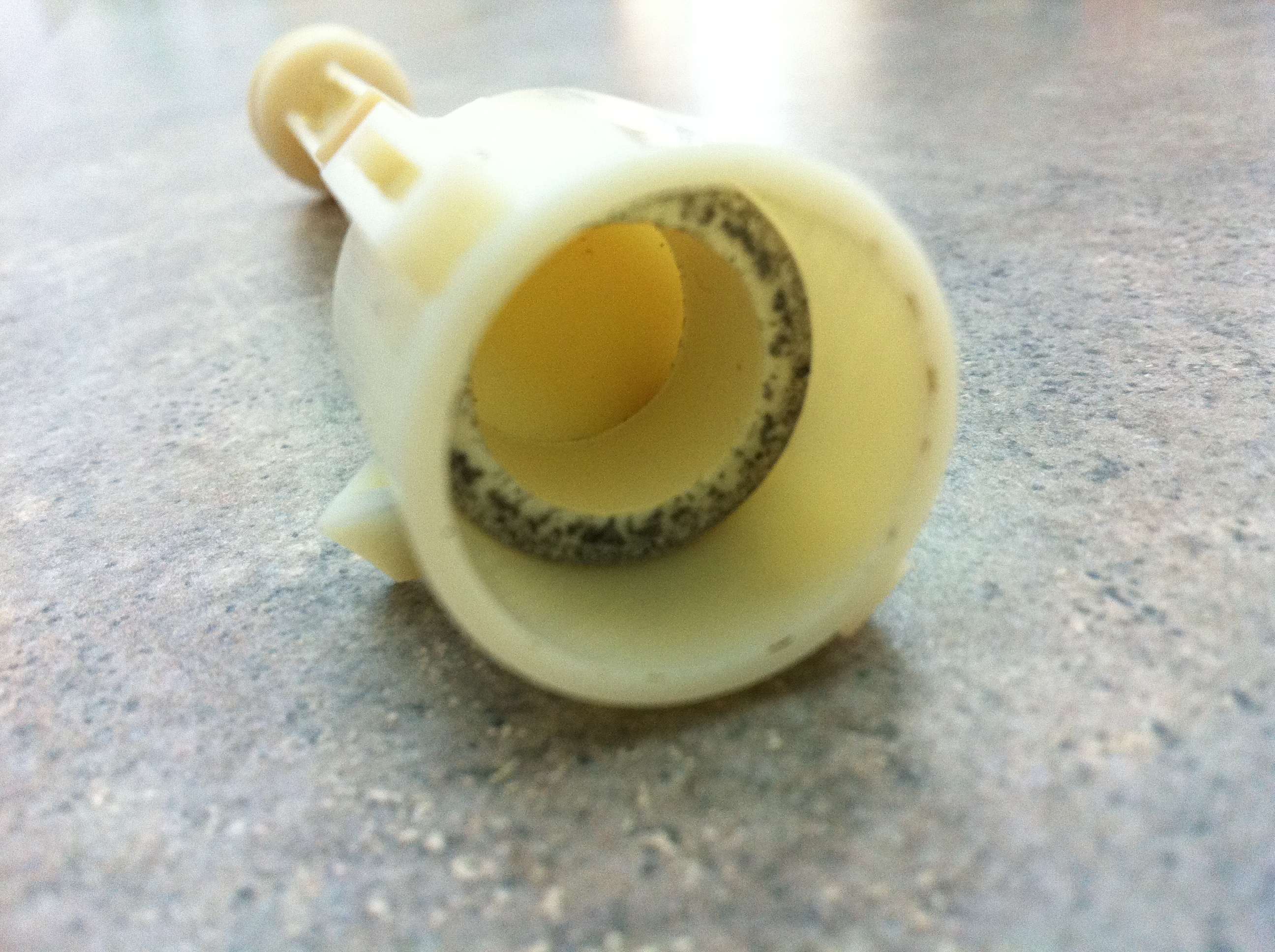 After putting it back together and testing it out, I moved on to the turret and barrels. Frost Vectron did something very similar WAAAAYYYY back but he used pieces of 1/2 PVC and CPVC.

I chose to use 3/4 inch aluminum with 1/2 inch CPVC nested inside. My reason for this is 2 fold as you'll soon see. The aluminum sheaths have been cut to a length of 4.2 inches. The CPVC were all cut to 4 inches. 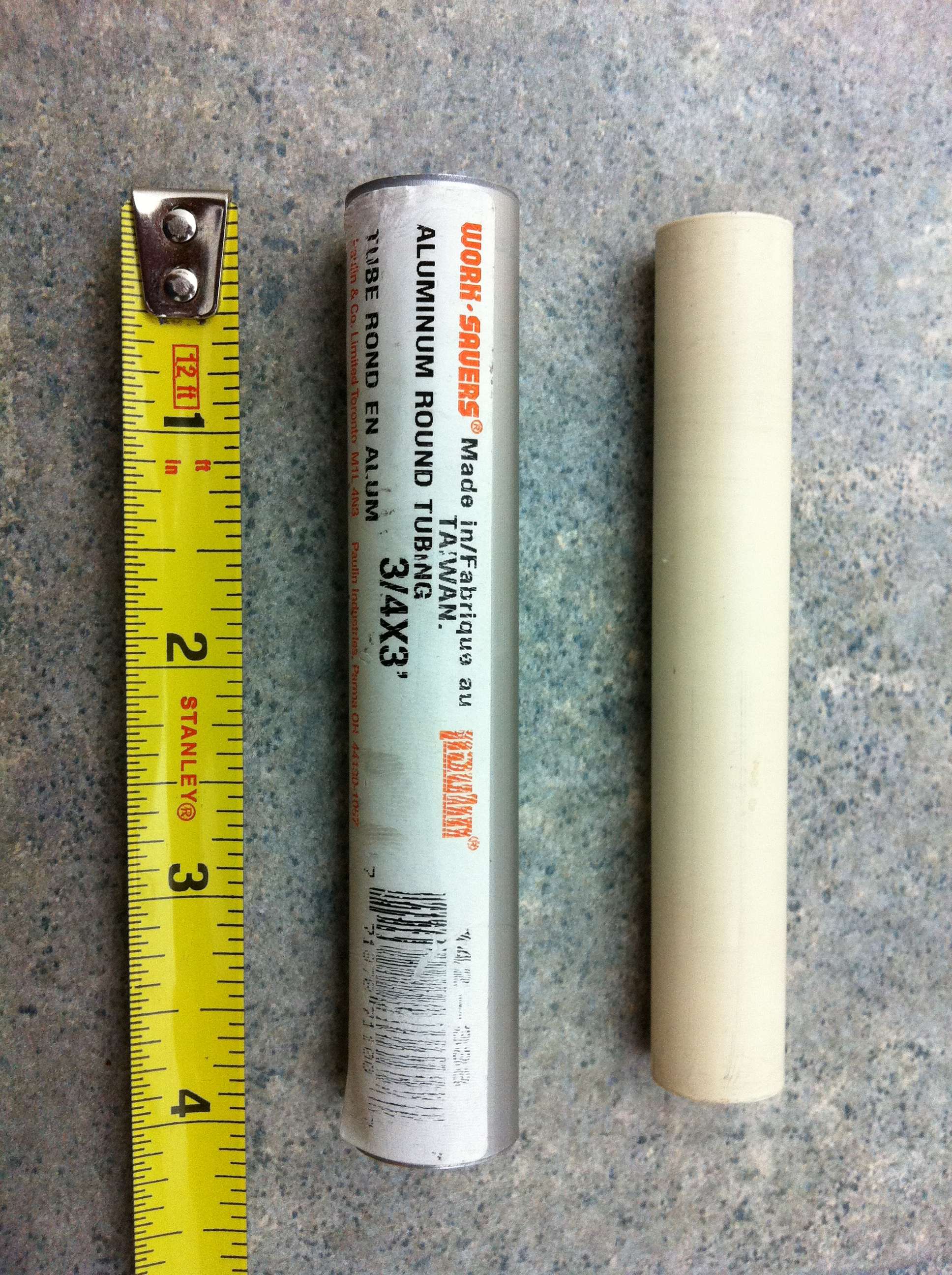 The CPVC nests perfectly inside the 3/4 inch aluminum (breech potential). Frost had to shave down the pieces of PVC for the CPVC to nest in porperly. The aluminum tubing made this much easier. I also used a pair of scissors to bevel the CPVC for smoother/easier loading for the darts. 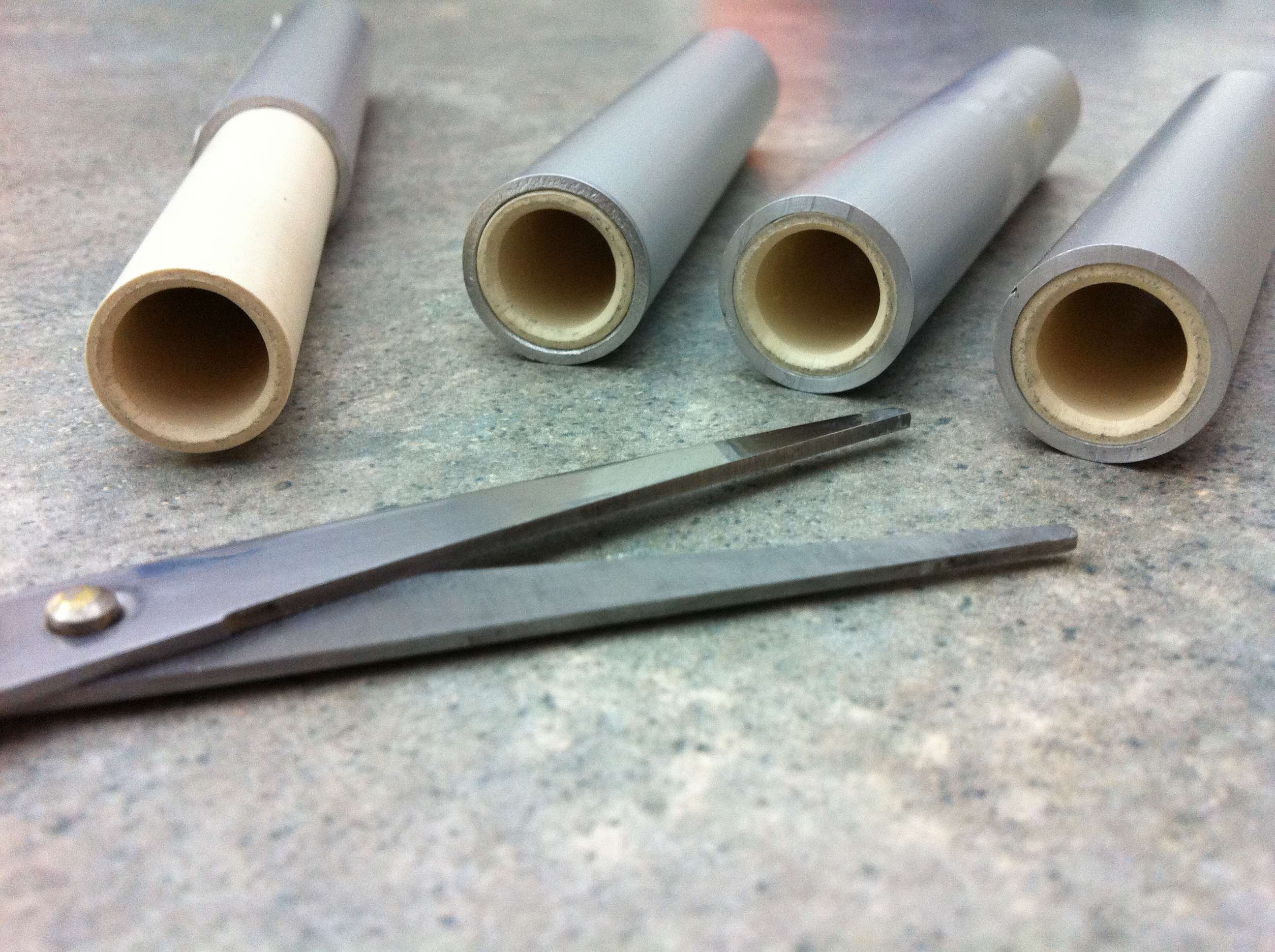 Sanding the surfaces to be bonded, I used a combination of super glue and hotglue, to connect the barrels to the turret. 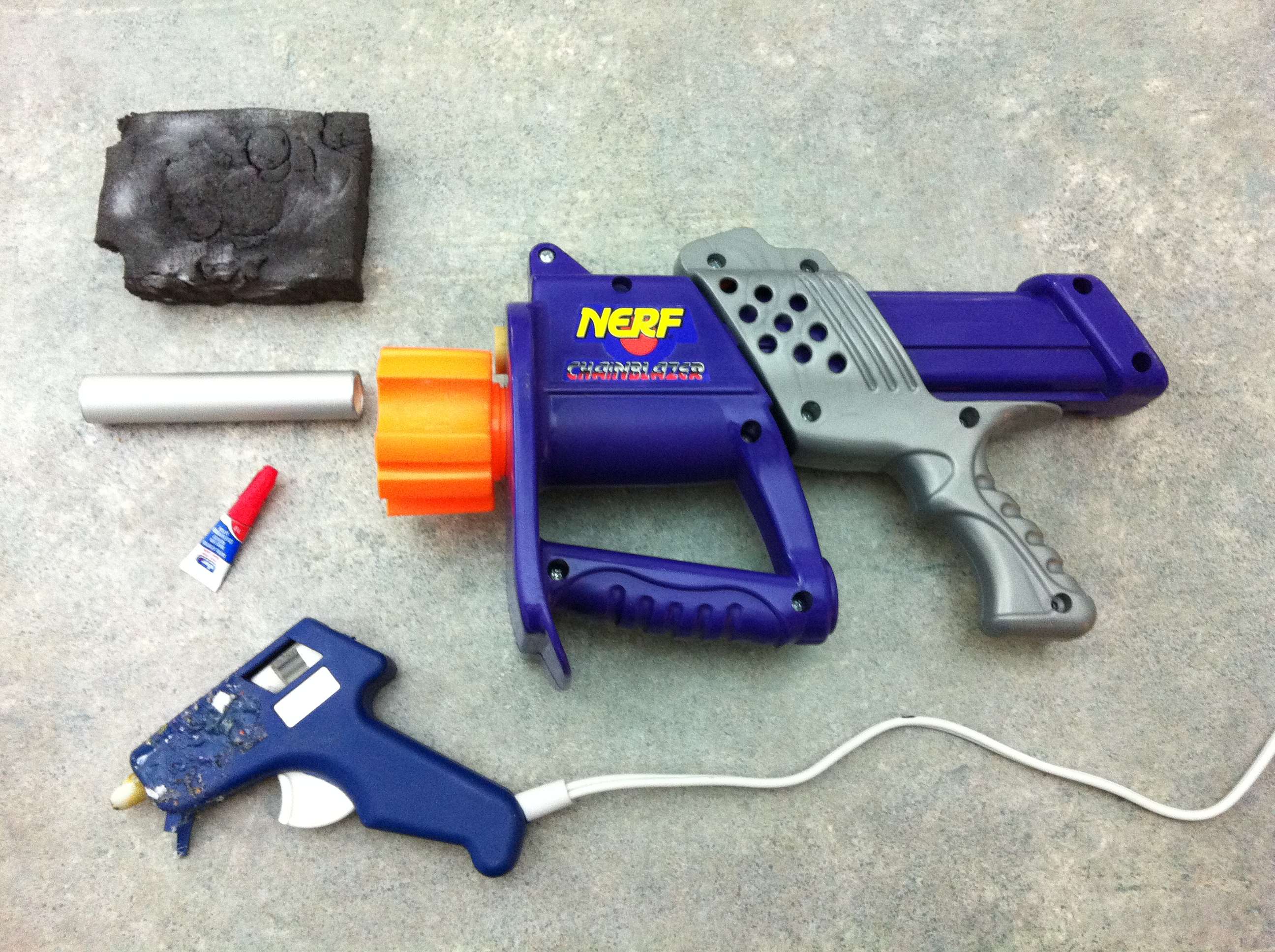 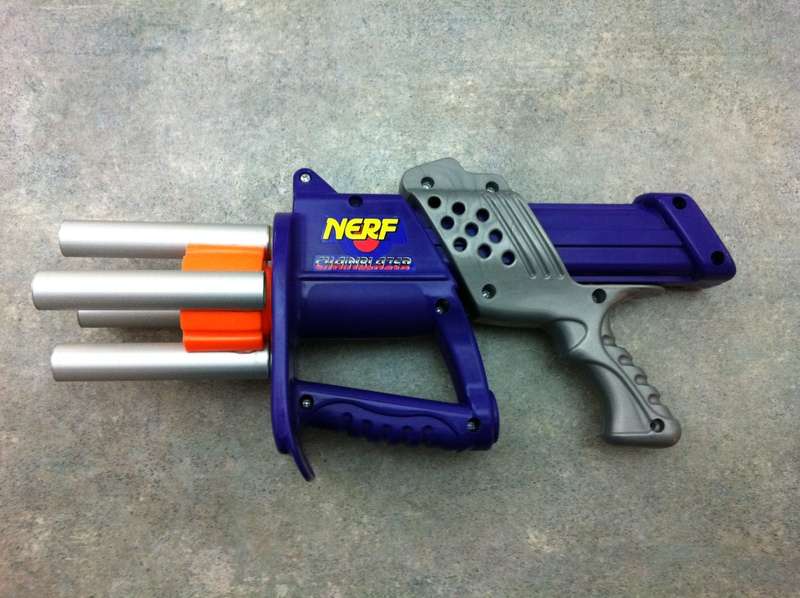 A close up reveals where and how close the barrels need to be to connect properly to the plunger tube seal. About half way from the turret to the main shell. Also note how perfectly center the aluminum lines up with plunger tube seal. 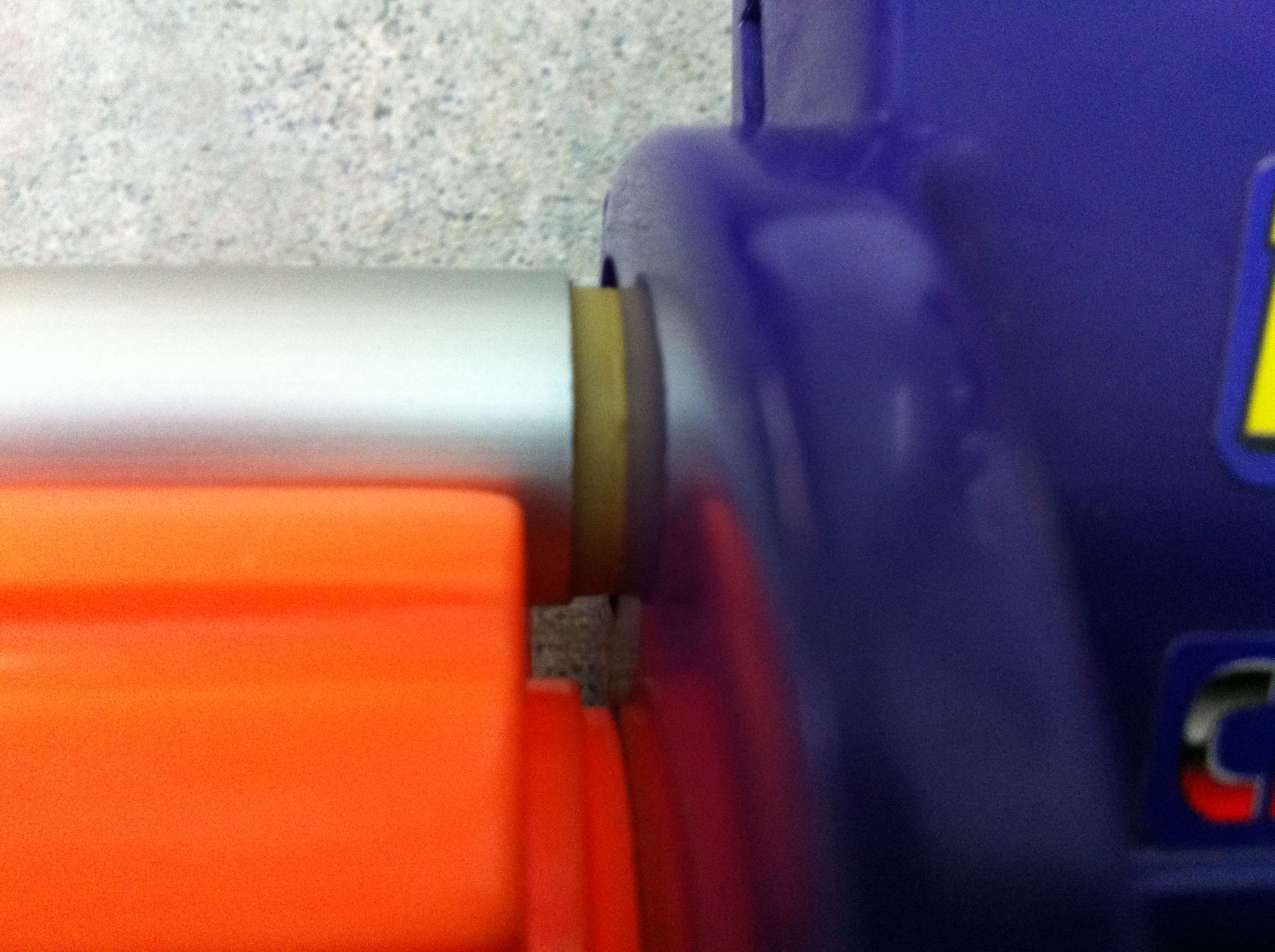 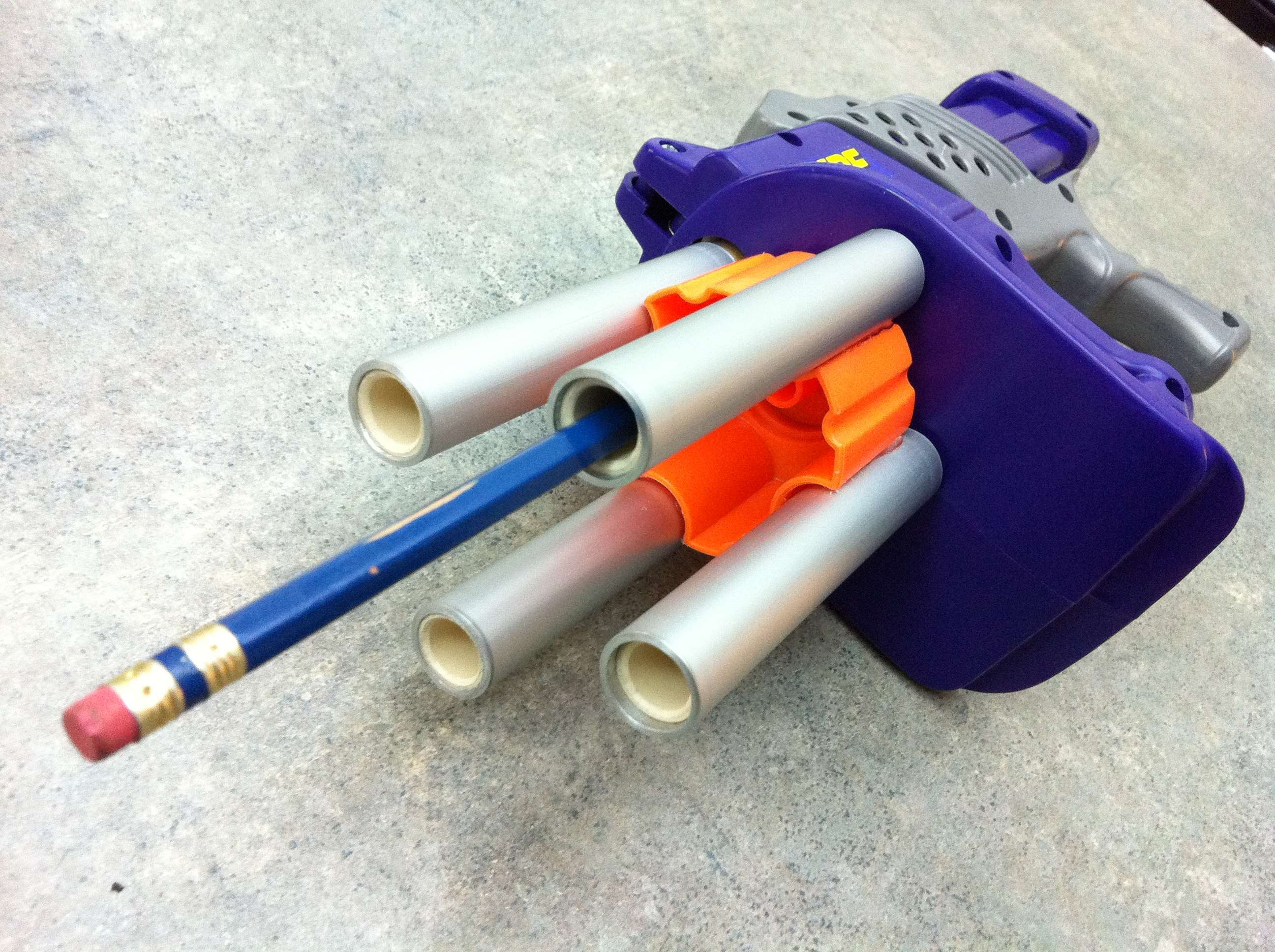 What would a turreted blaster be without rear loading holes? 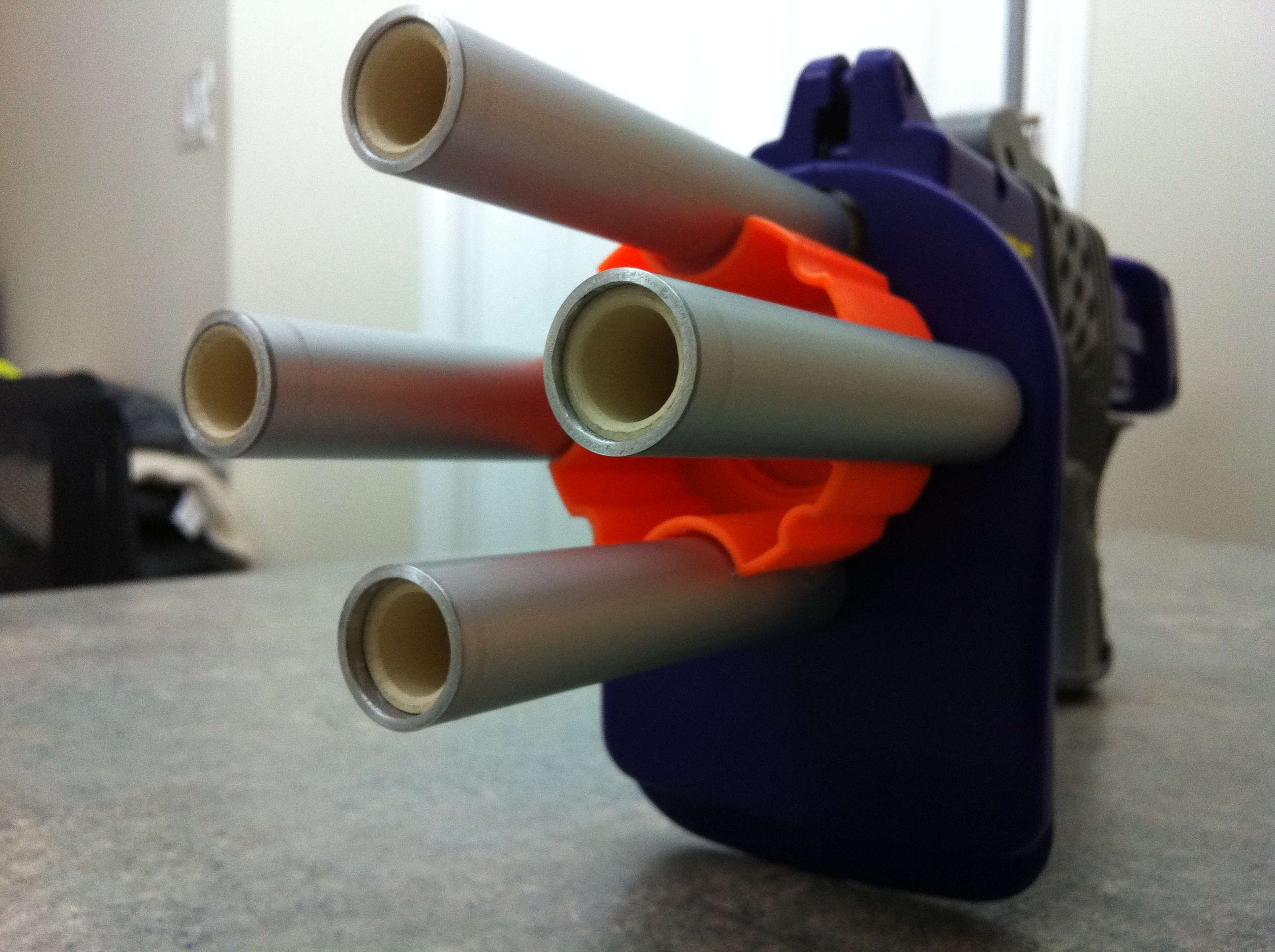 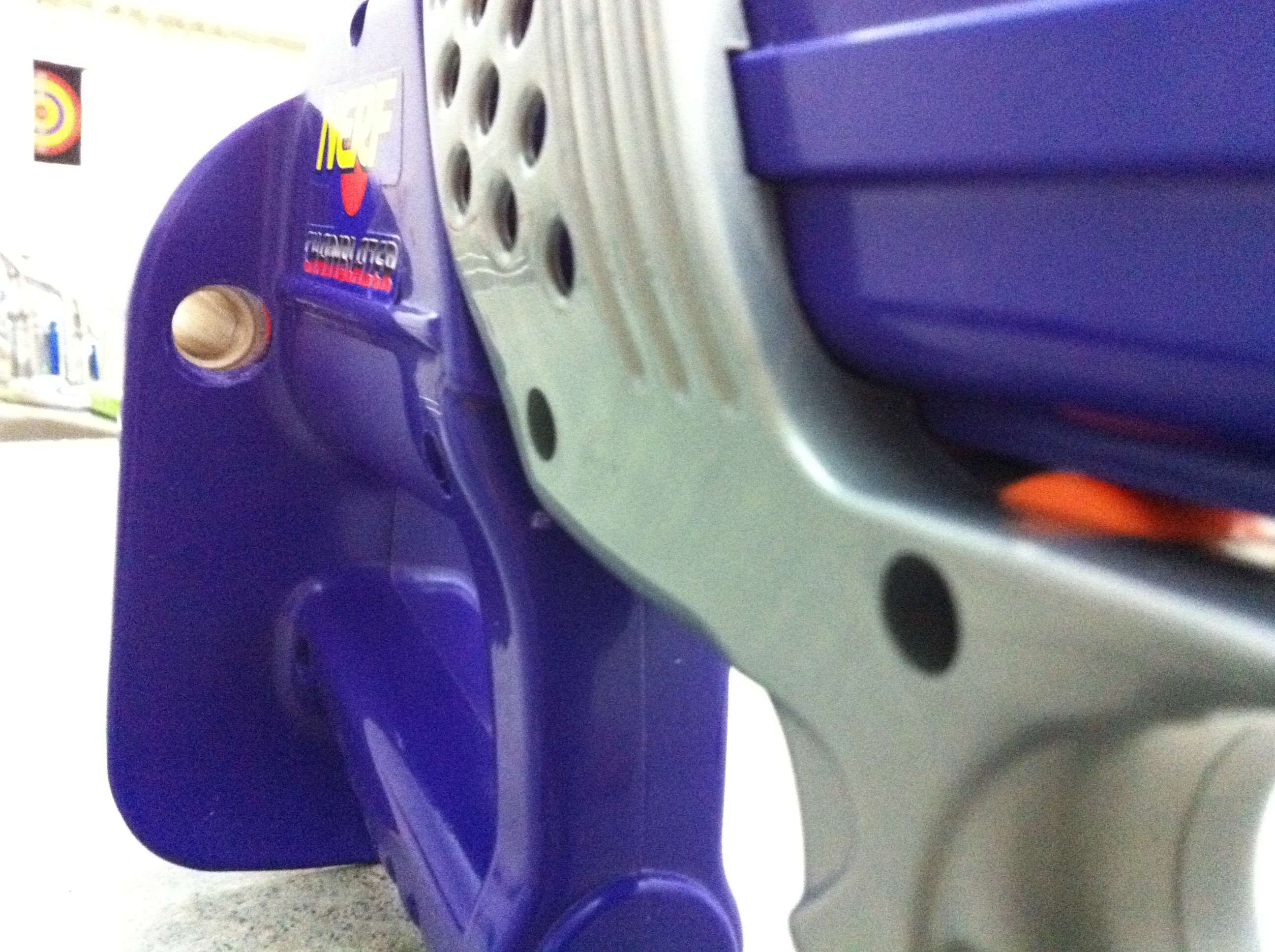 ...Now, I did say the reason I chose the aluminum was two fold. Here's the other reason. 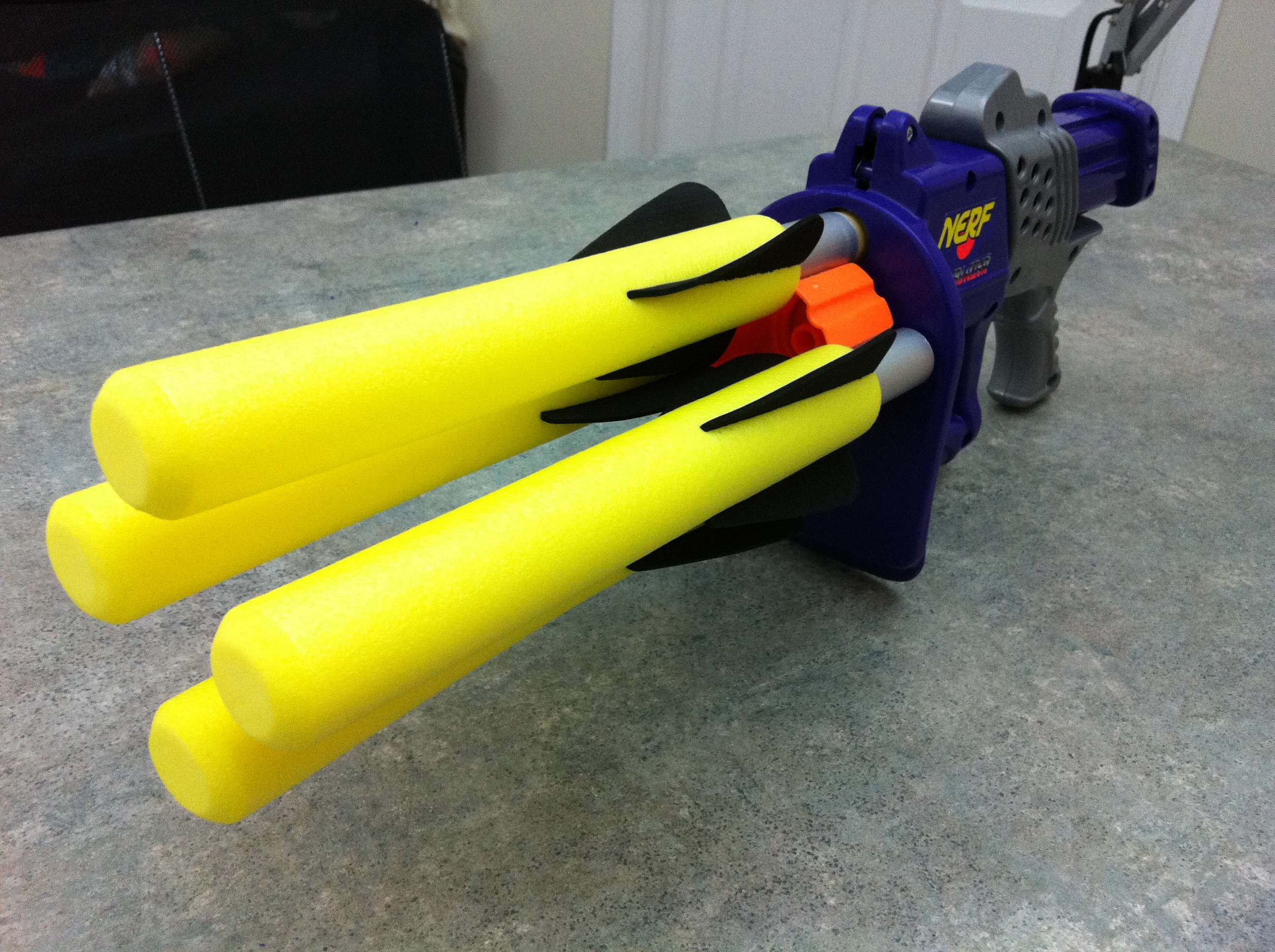 Since the ChainBlazer is like a little Arrowstorm, I thought, why not? Now my ChainBlazer can fire darts and arrows. 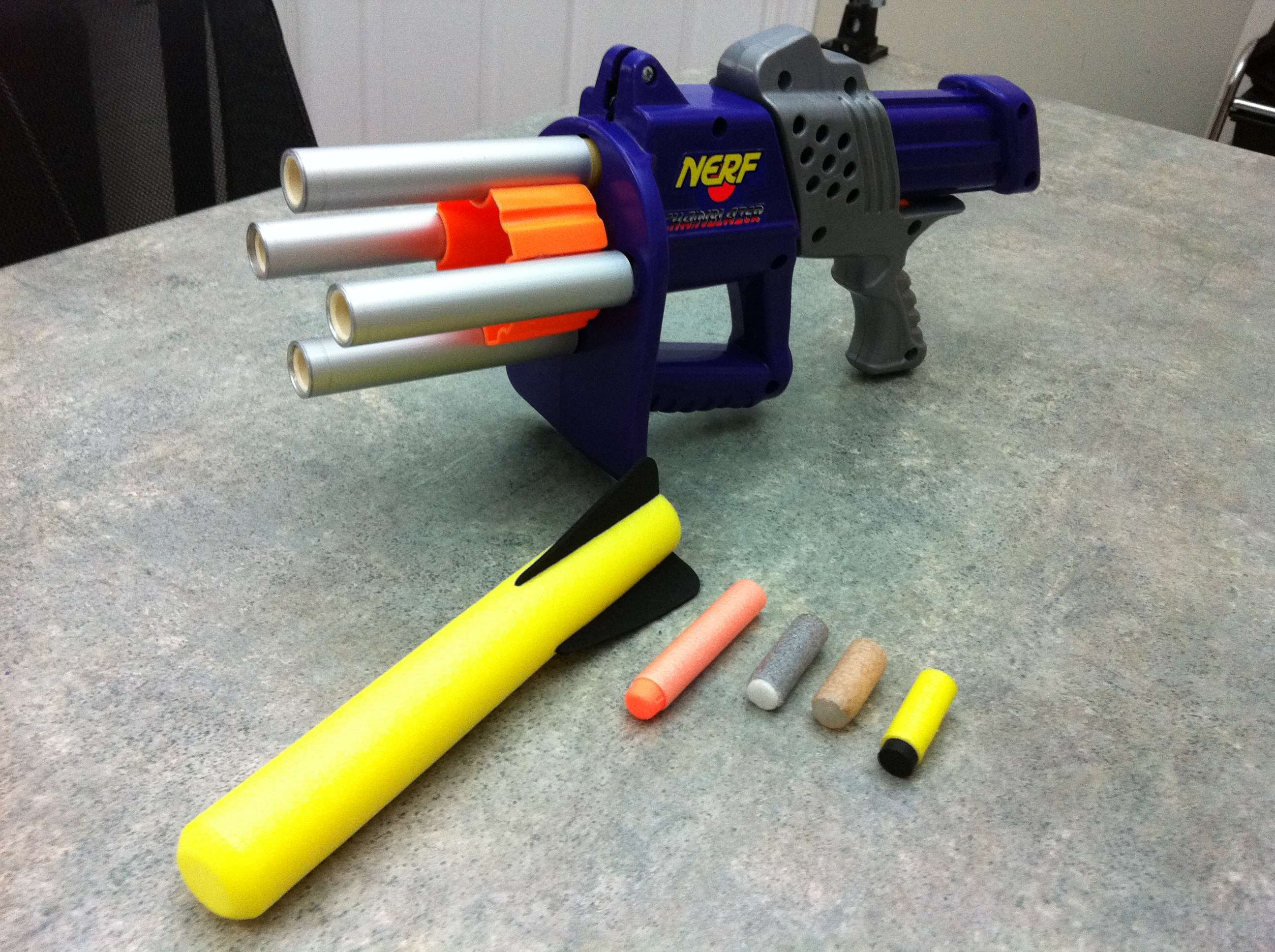 AWESOME! I love the creativity and thought going into your mods! Great thinking with the arrows!

Great job! I'm a big fan of your mods, they are quite creative. My favorite part is that it eliminates the chain (Mine always had issues). The aluminum looks great too.

This is cool, I want.

You got it. I also used scissors to get a nice score. Patience is the key.

Why does the chainblazer deserve anything?

Well, it was one of the first to have really good rate of fire, thanks to having a chain, and it's easier to use and aim than a Razorbeast. So I'd say it was a step in the right direction towards eventual grandchildren like the vulcan.

I love the mods that improve the guns i wanted as a kid but stay true to the spirit. Just for painting it you get my approval. Awesome mod regardless.

This is awesome. While it's not primary worth relative to what everyone else uses (4Bs, Homemades, etc), It's small enough to carry around as an effective secondary.