I'm giving the inspiration of this mod to KND Operative and his LIKEABOSS Nite Finder mod on Youtube.

I've done quite few NF mods in the past but I hadn't done one in a while. Mainly because I don't like the way they look. But after watching KND's video, I thought I'd try something similar. In his video, KND uses 1 1/2" PVC. I didn't feel like paying $14 for a 10' length of PVC so I went to the dollar store and grabbed this instead for $1.25. 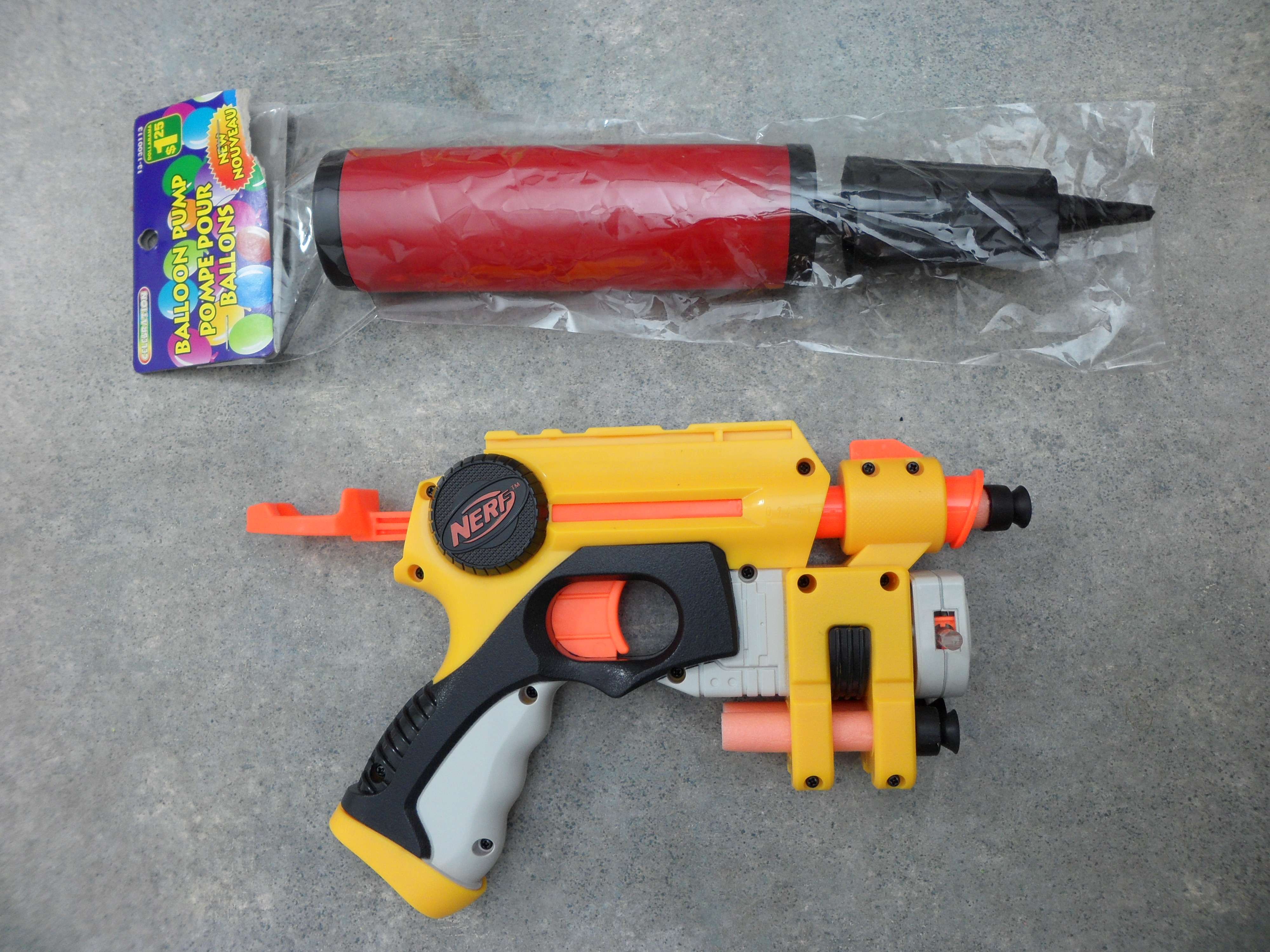 Okay. First thing I did was remove the bottom cap. The one without the nozzle. It's glued on so I used the ancient secret boiling technique to loosen the glue bond. 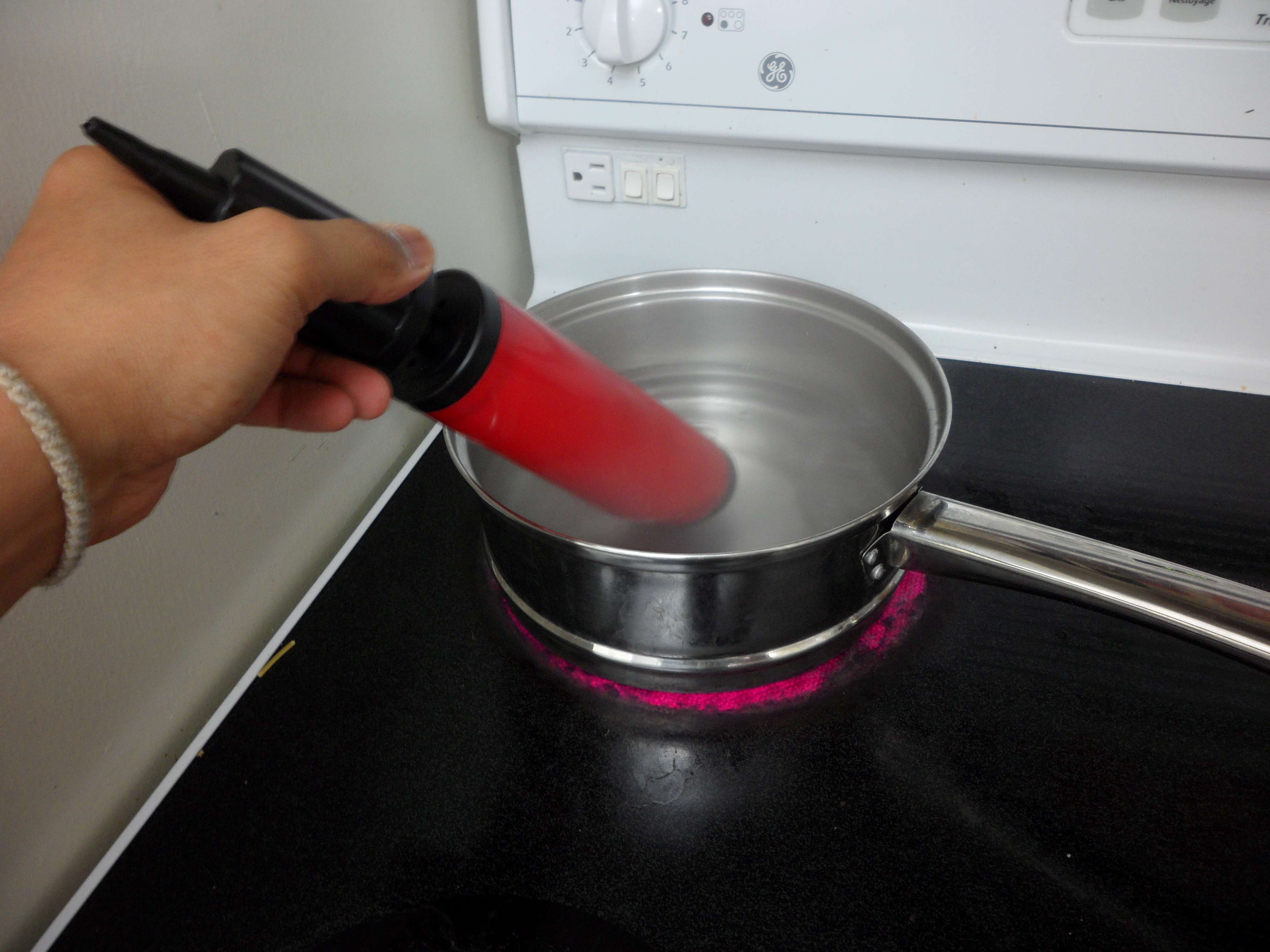 I left it in there, rotating it every few seconds for only a minute. Then I rushed it over to the sink and ran it under cold water. This pretty much kills the glue. This is particularly good for taking apart stubborn water blasters. 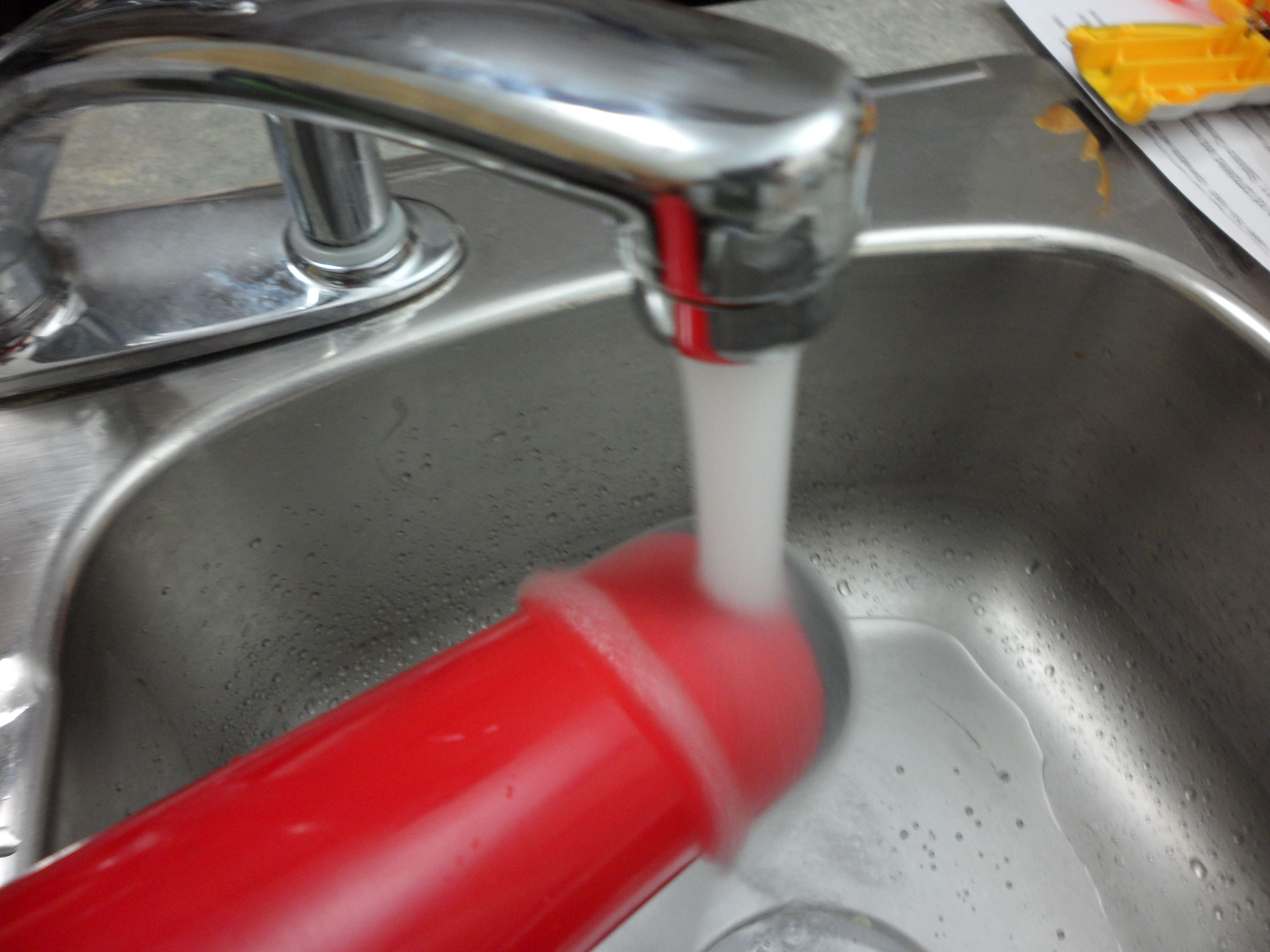 Next, I squeezed the end until a small opening appeared and continued around the circumference until the cap just popped off. 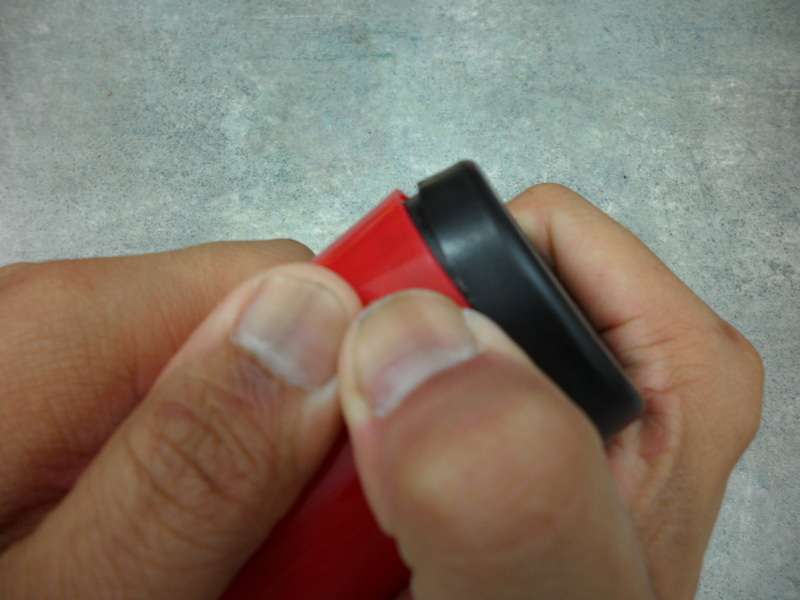 Next was the pump handle. Not the cap. Just the handle. This was really easy. I just gently flexed the connection in either direction until the glue bond cracked. Haha... Made in China. 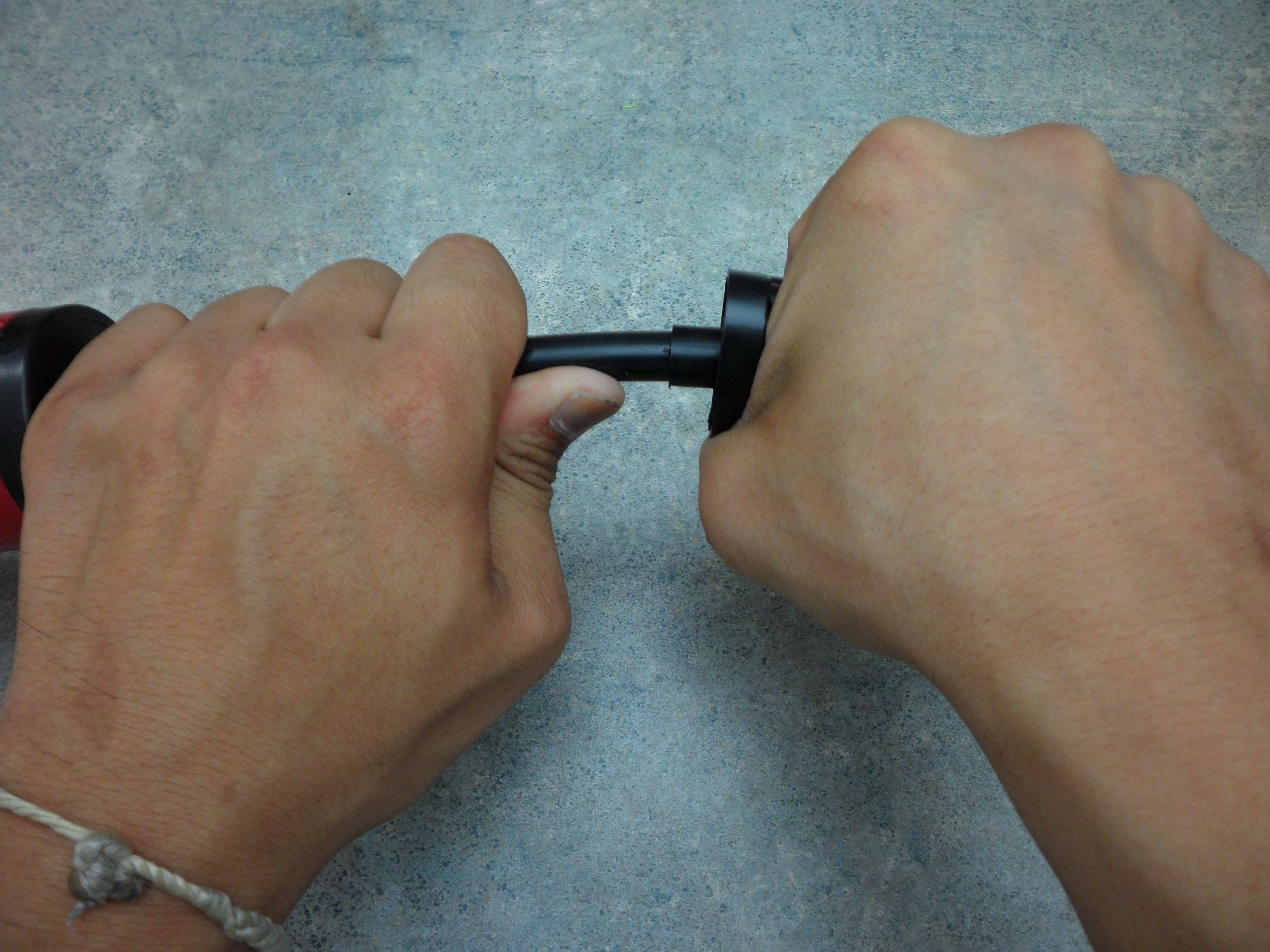 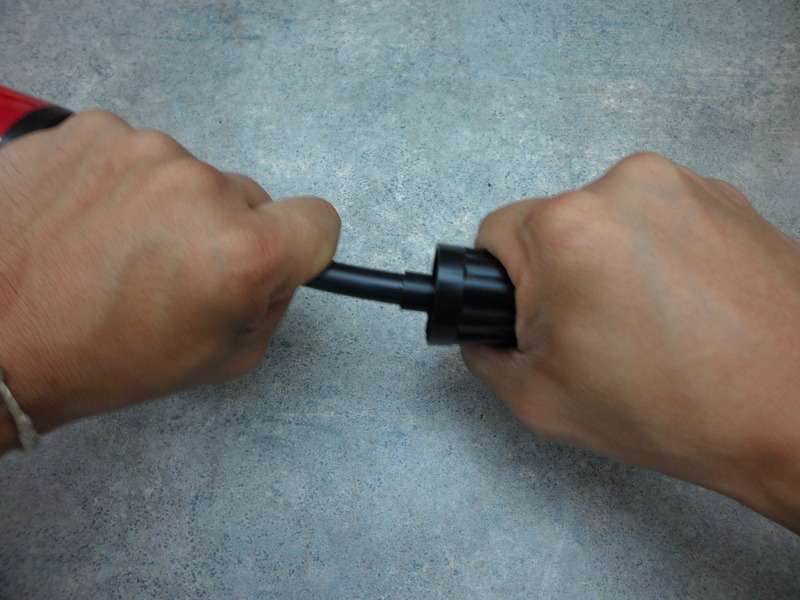 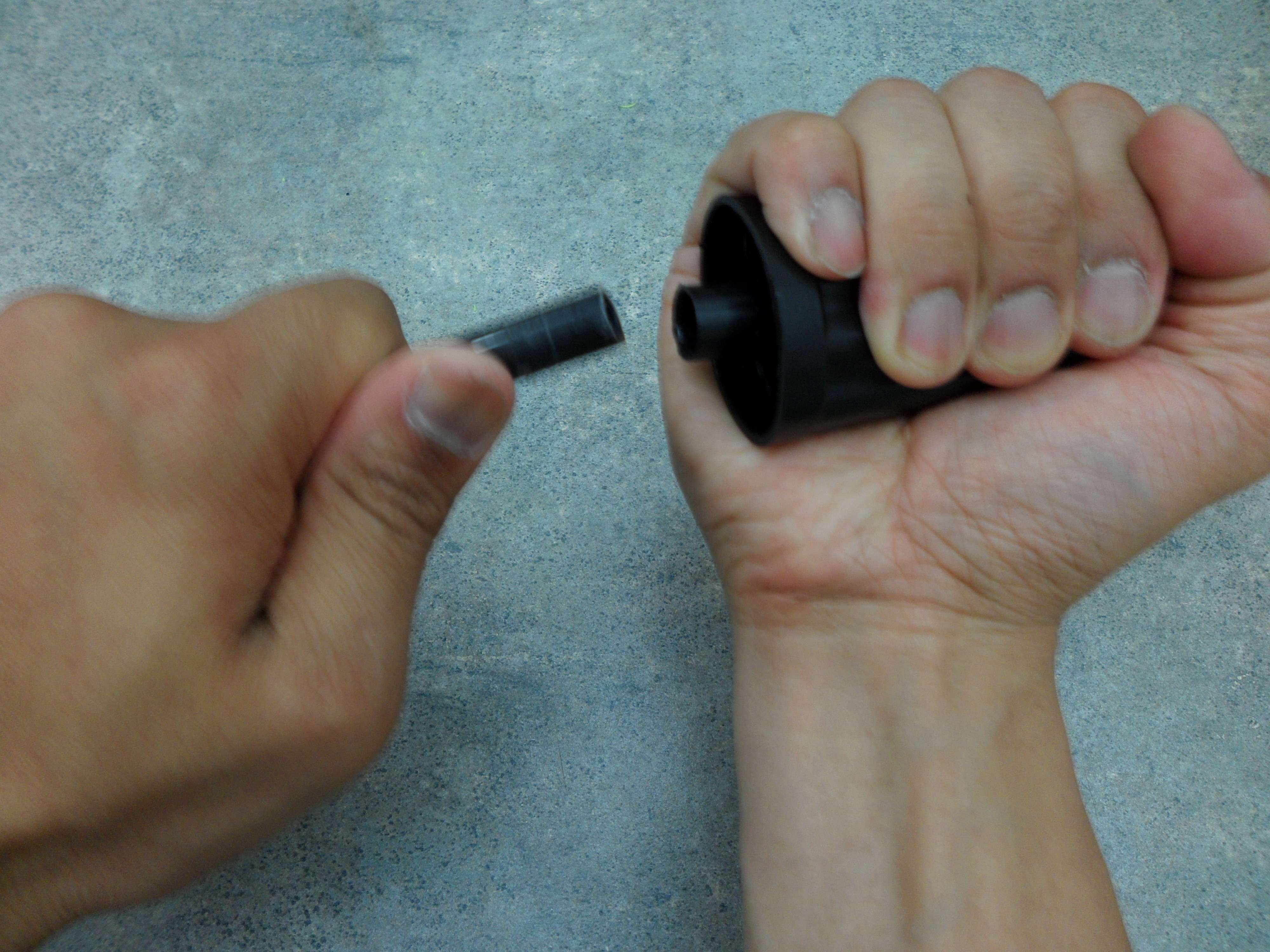 Here we go. All the pieces we need and all cleaned up. 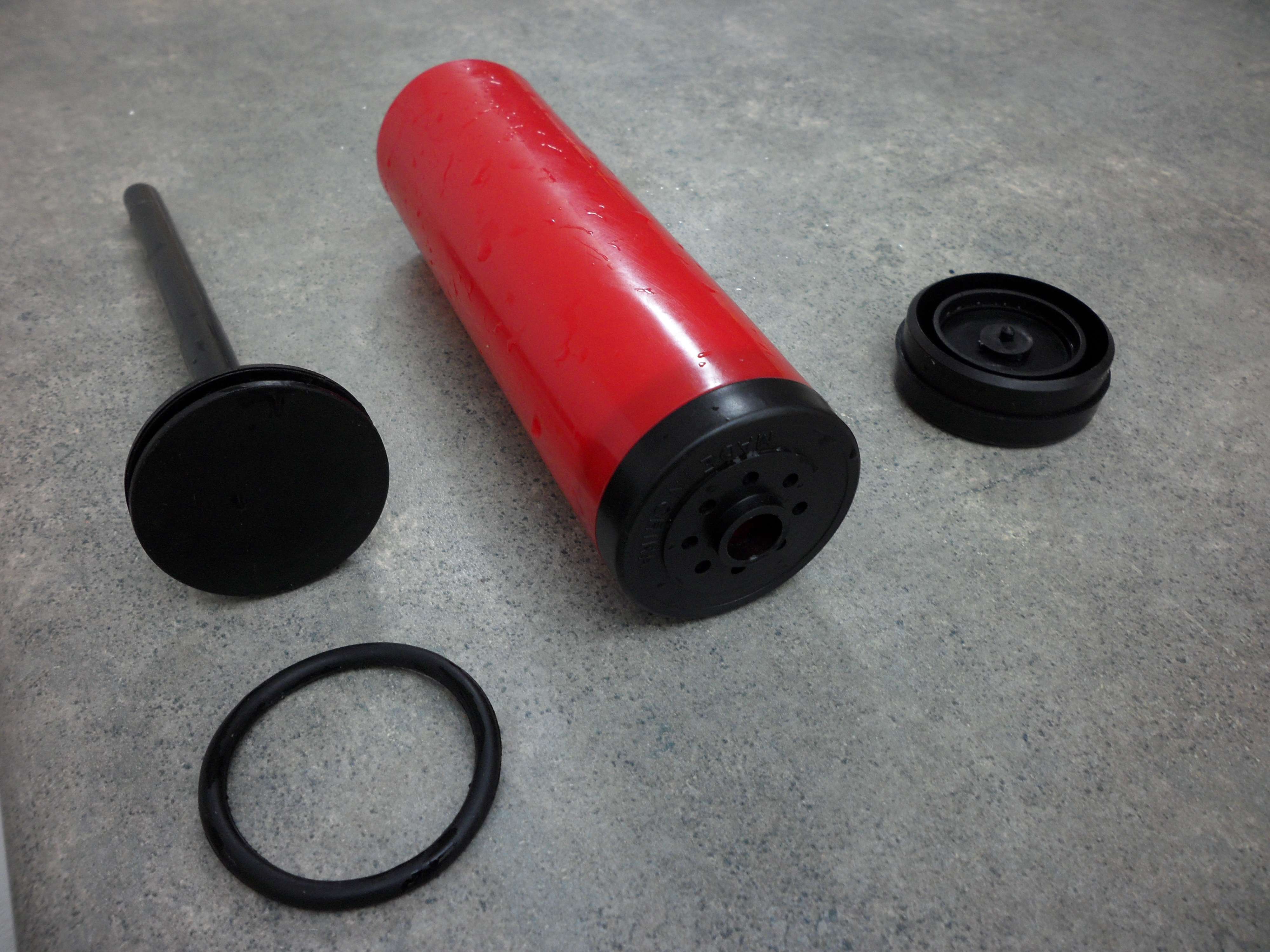 Next I used couplers of my choice. Sanded everything down and JB Welded the couplers over the convenient plunger tube hole. 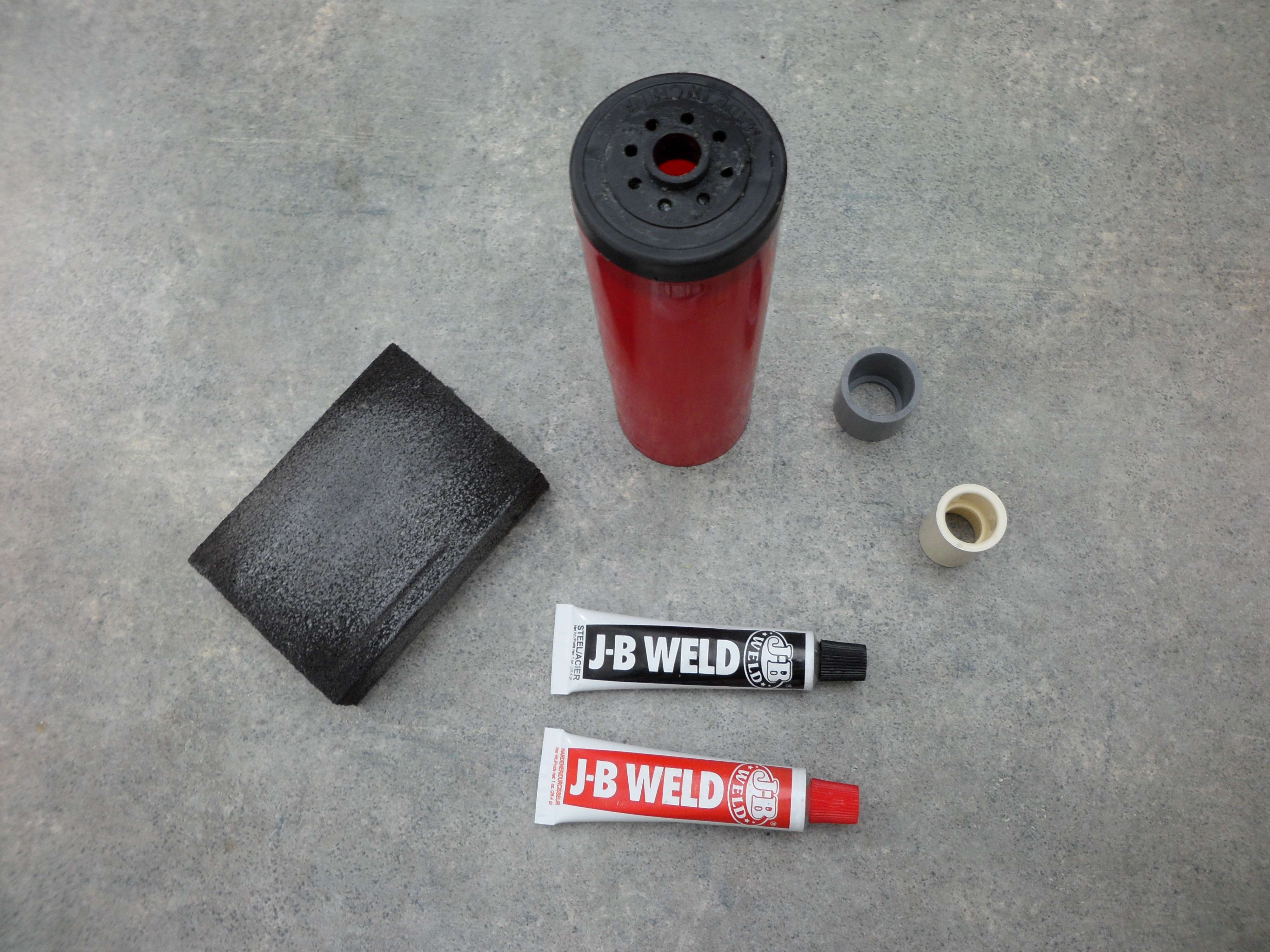 I set that aside to allow to cure. 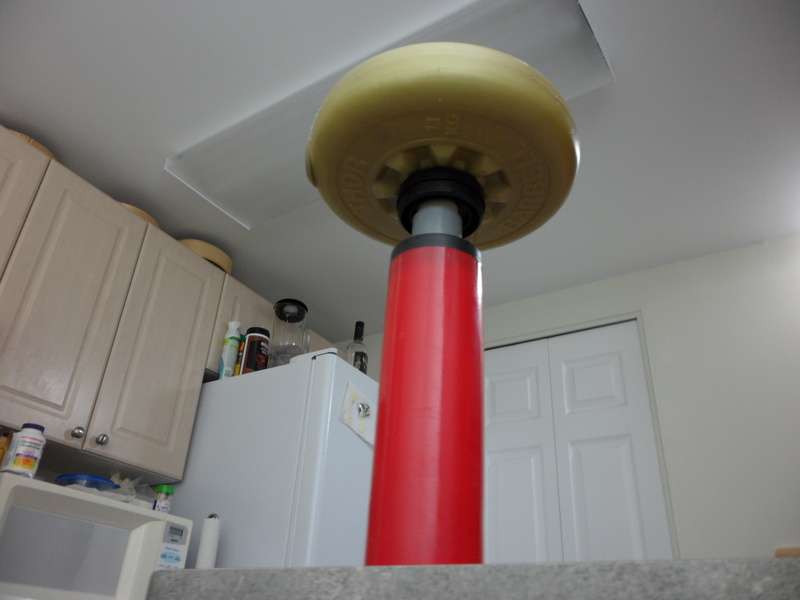 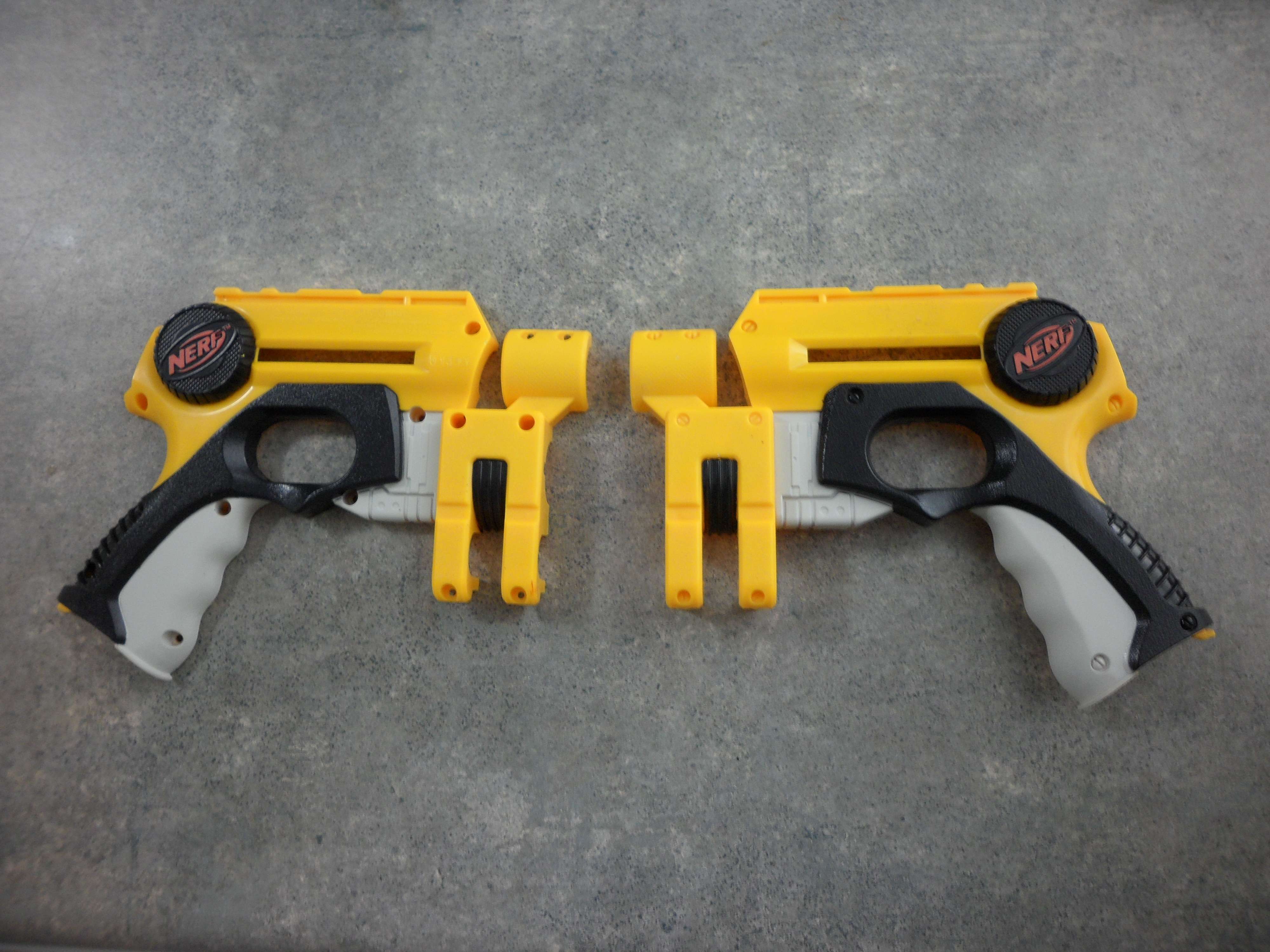 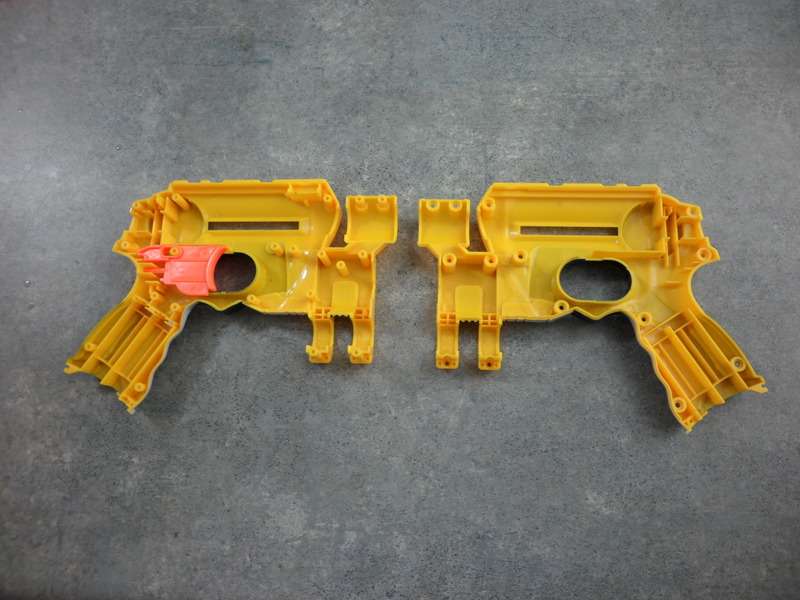 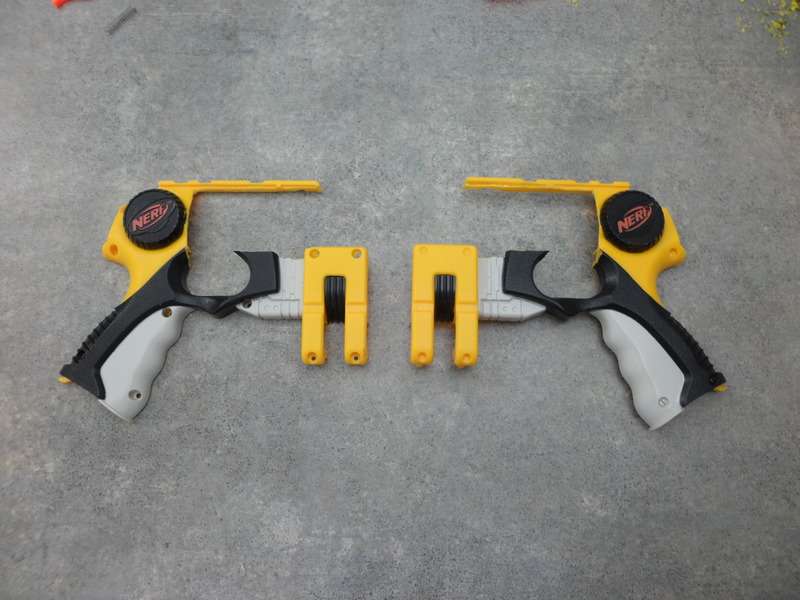 I didn't do the as per usual minimization because as you can see, there wasn't much left. I needed all the surface area I could to make sure my new plunger tube had something to secure to. In case your wondering, the plunger tube is 1 7/8" OD.

I also had to cut down the trigger.

Dealing with the end cap, it came apart like so. I dicarded the 2 little pieces. 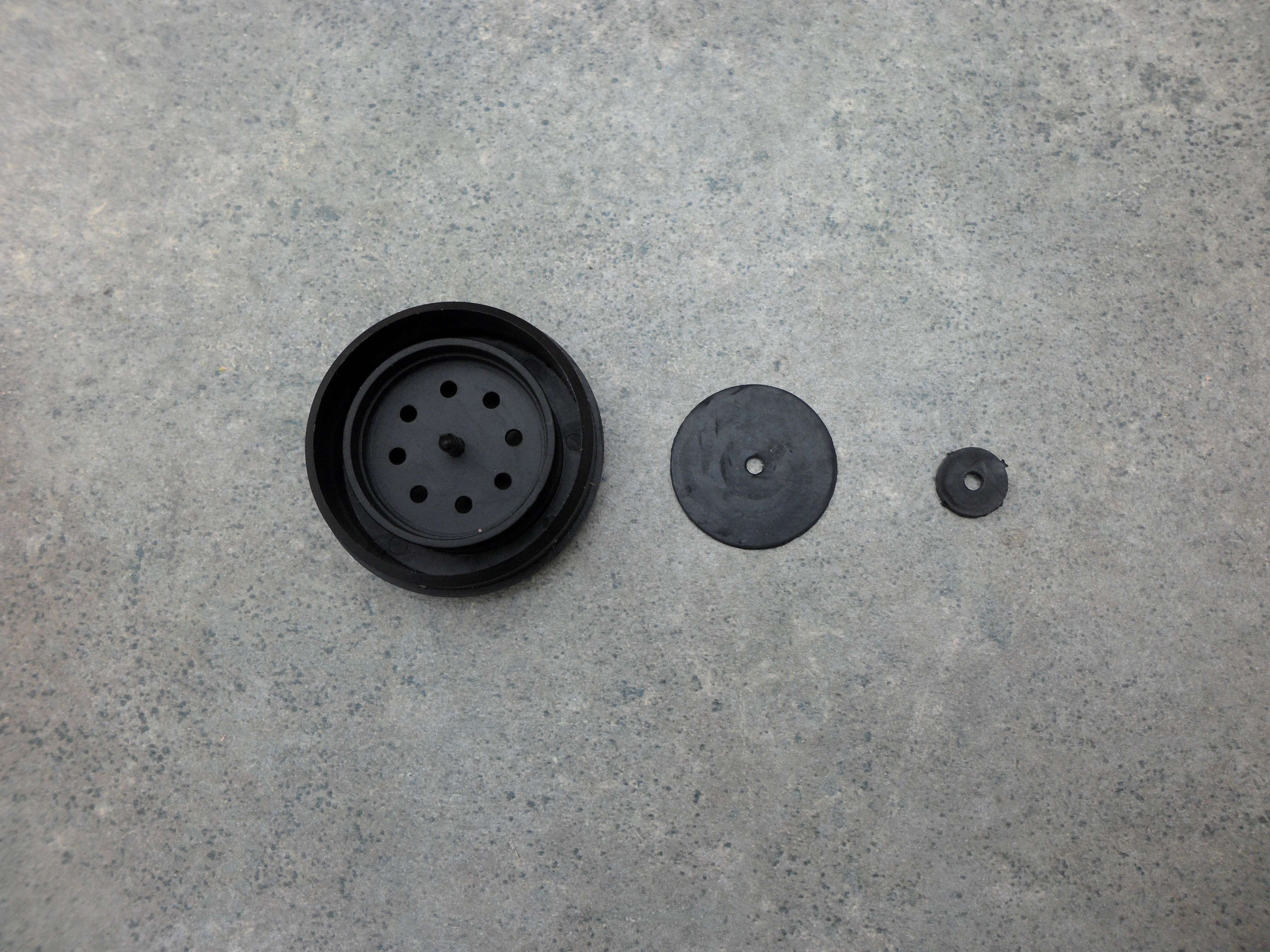 Then I Dremmeled a hole for the plunger rod. not too big because the spring needed some where to rest. 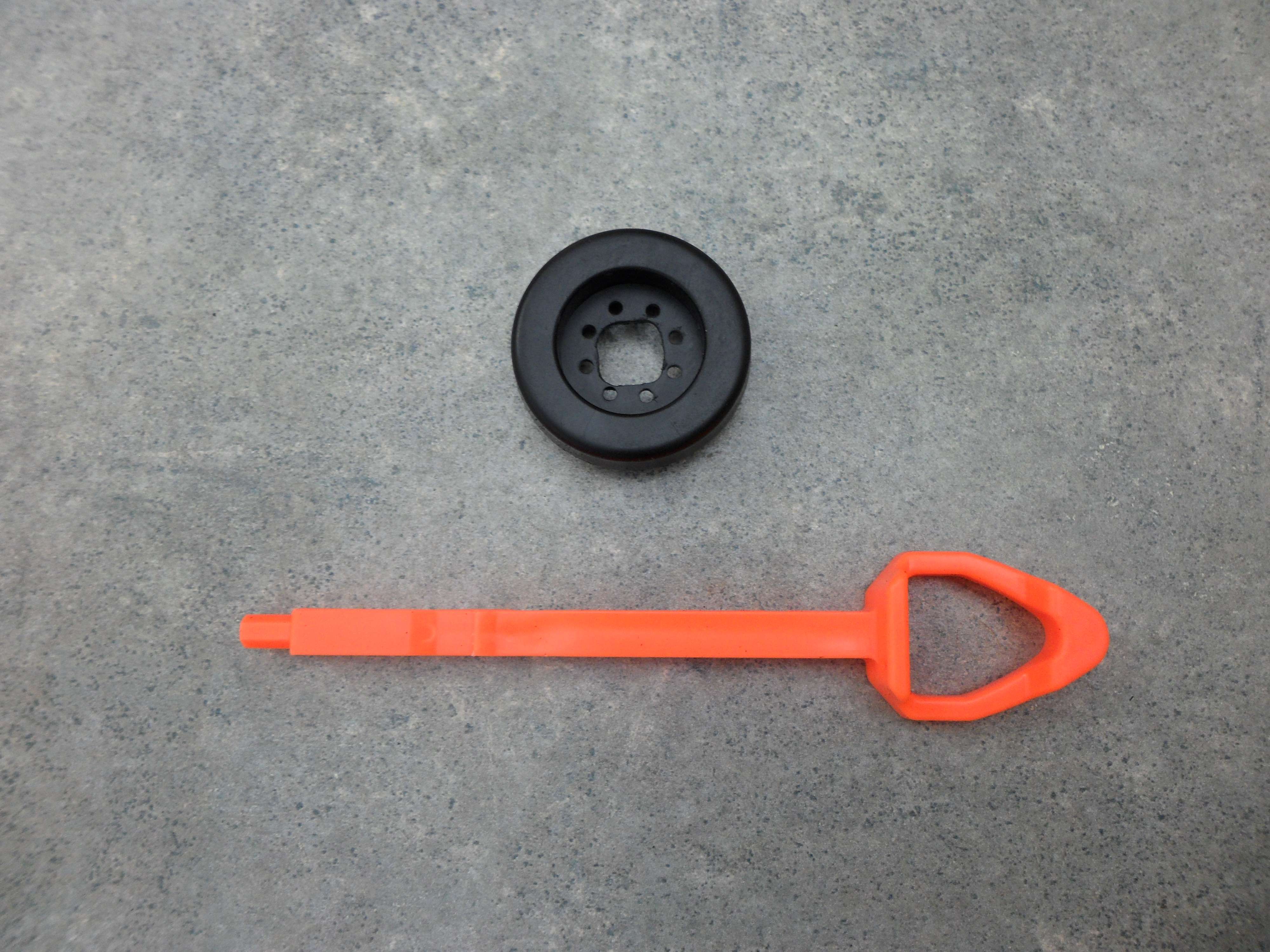 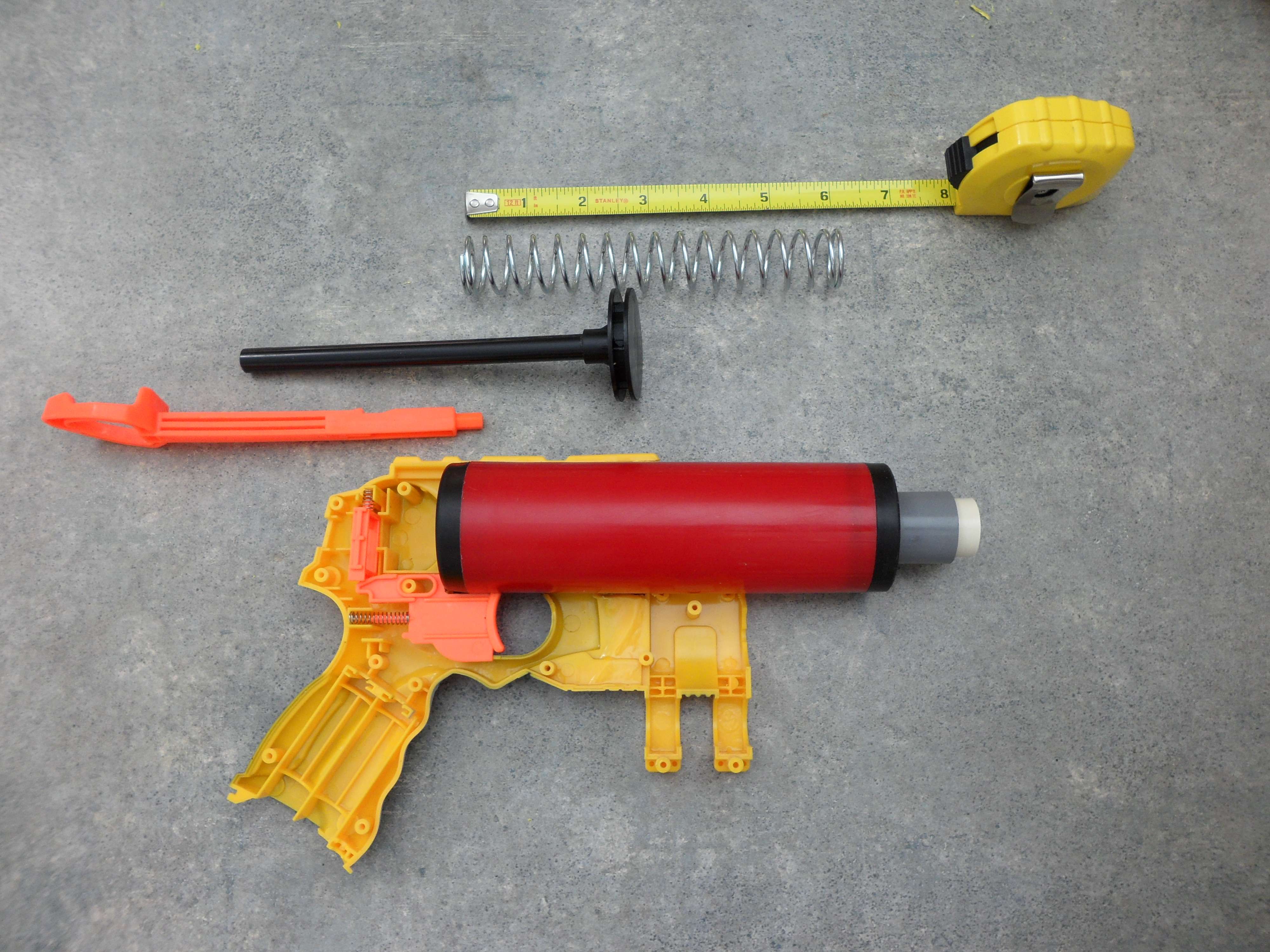 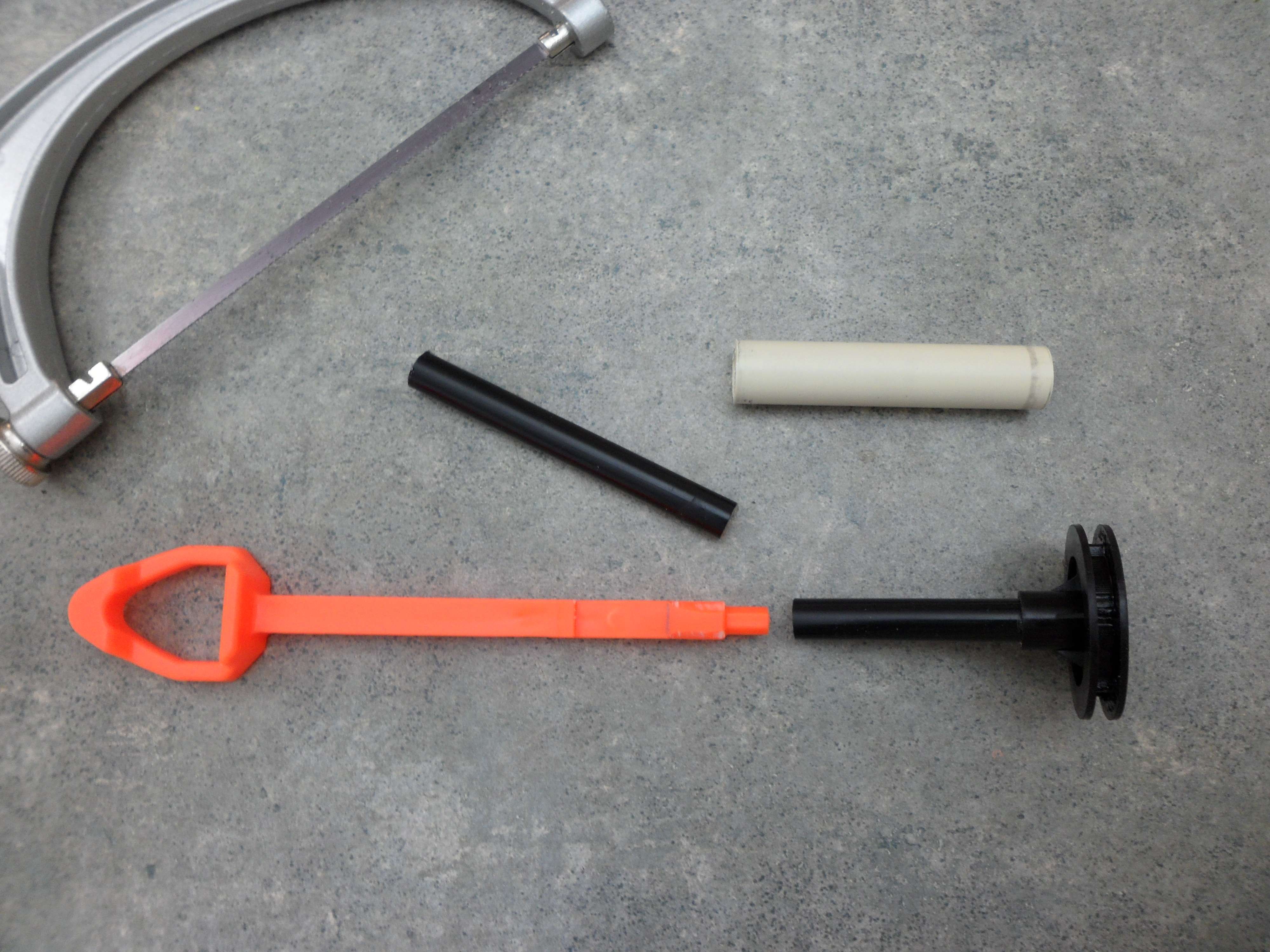 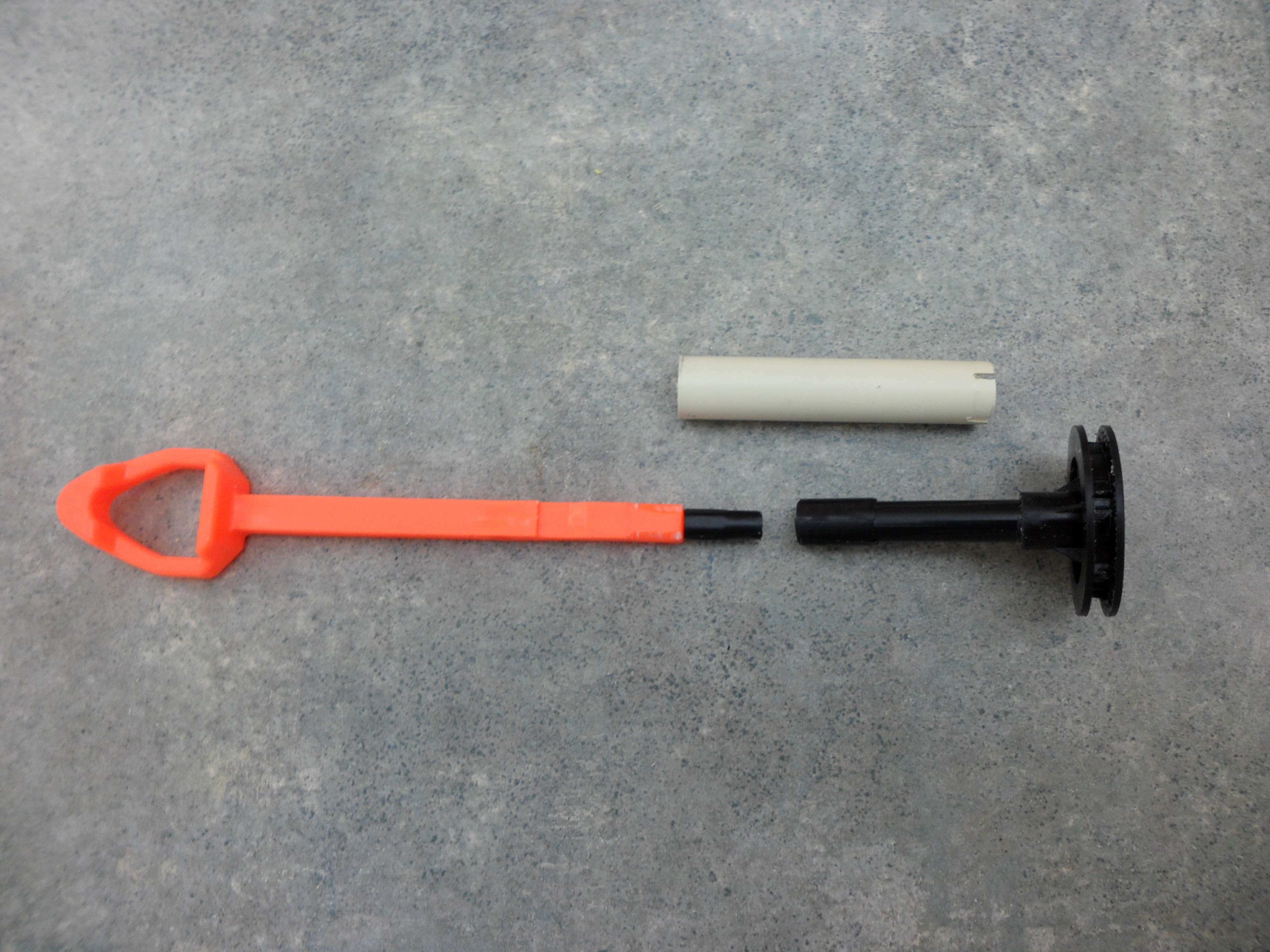 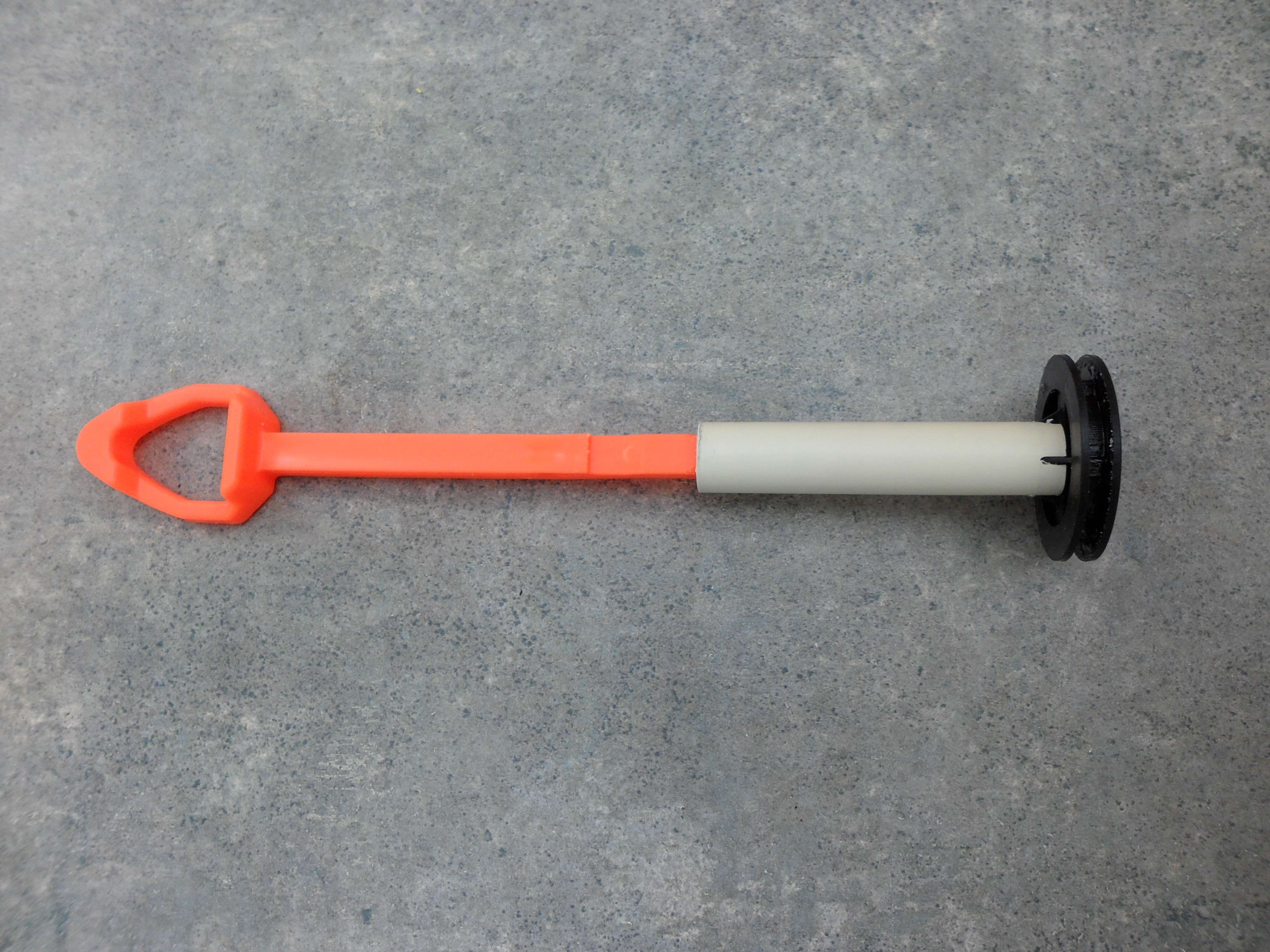 I used JB Weld to bond the 2 halves and an air restrictor as securing pegs.

Here's what the plunger rod looks like put together. Note that I added a 1/2" of 3/4" CPVC to create some pre compression. 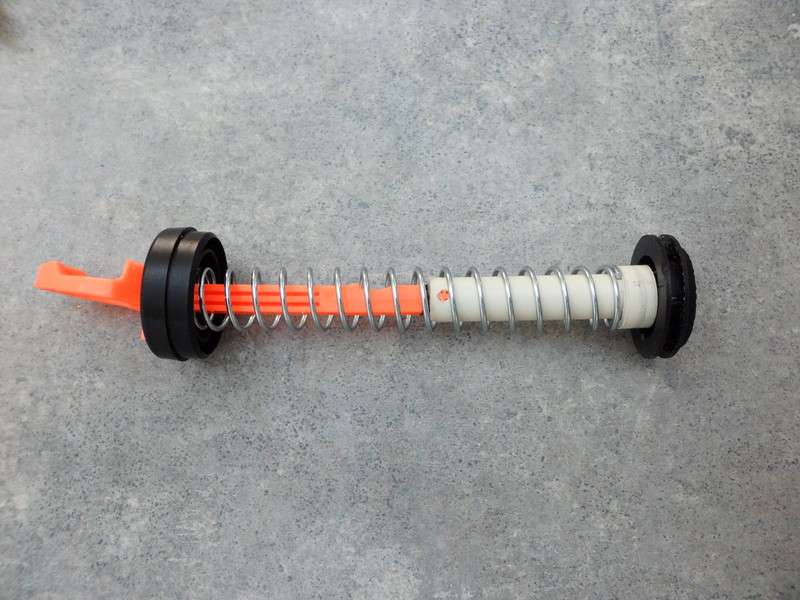 Now with the plunger tube. 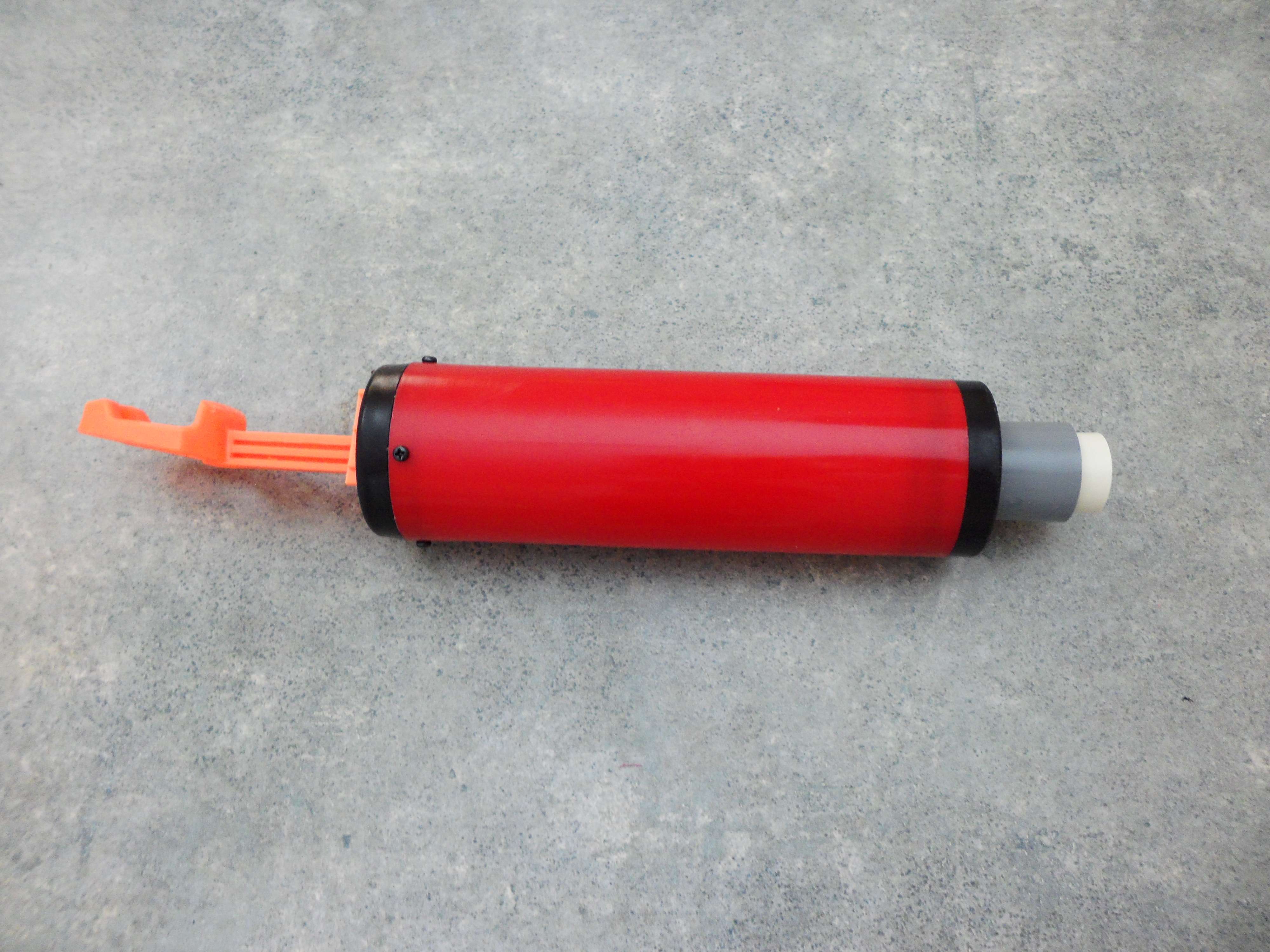 A close up reveals, I screwed the whole assembly shut. This makes things a lot easier from here. Plus it allows me the abiliy to open it back up again. I used the screws that are no longer needed for the NF shell. 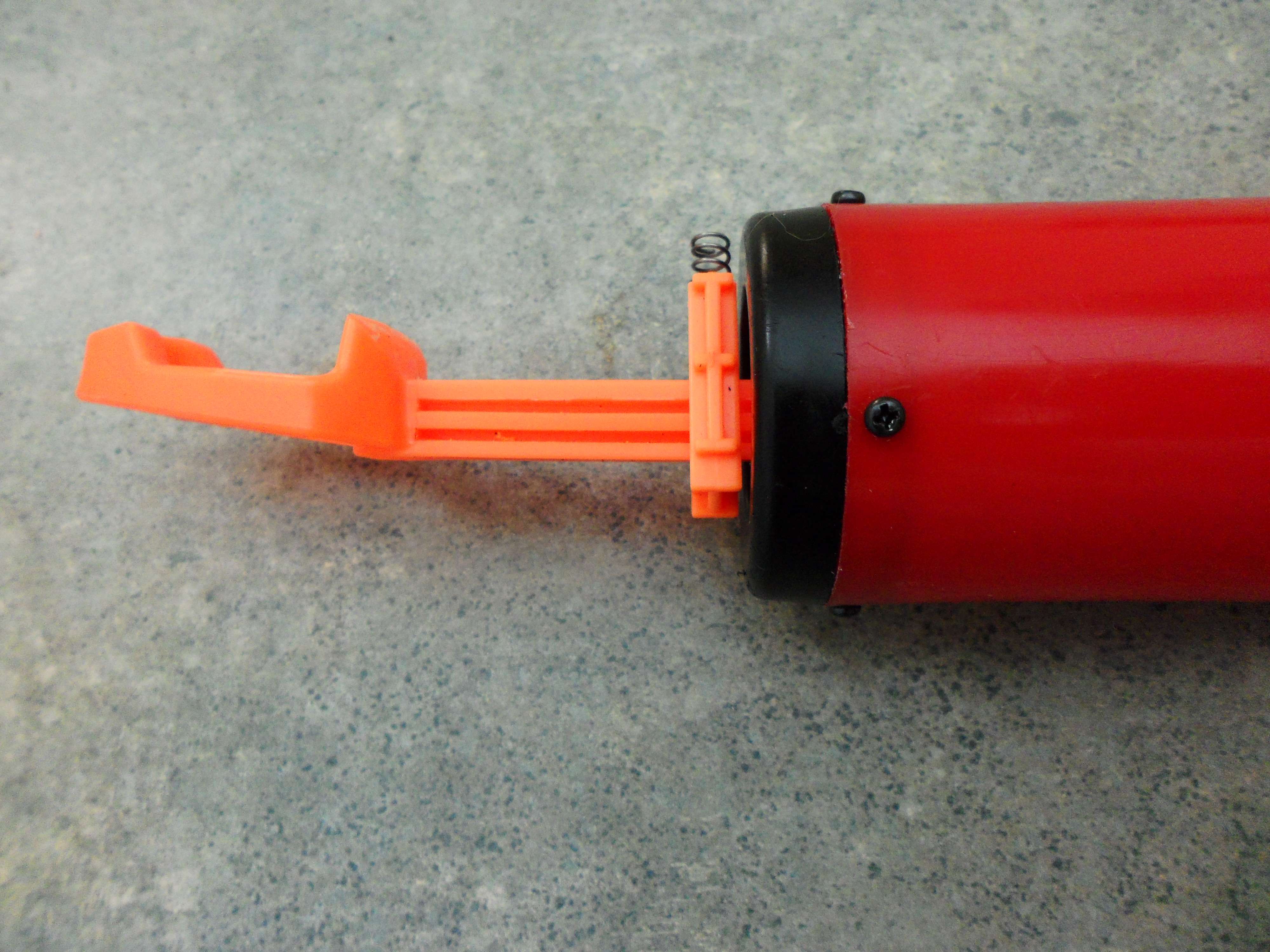 Putting the whole thing back together becomes rudimentary at this point. 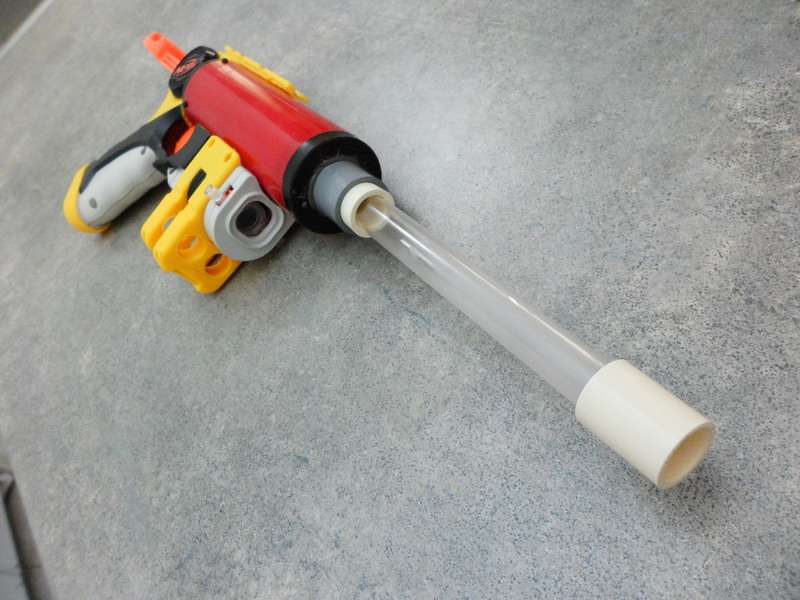 The irony of this write up was I had to blow up those balloons the old fashioned way.

I really like this. it reminds me a lot of my BigFinder. Plunger tube replacement with pumps is a great idea and I hope this tred carries on.

That actually looks nice. I love the black and red scheme on the new plunger tube too. Keep up the good work while I go hunt for a similar balloon pump.

I love all of your "crazy" mod ideas! Did you make those shell cuts with a dremel? They look so clean! Amazing work, as usual, Makeitgo!

I love all the mods you are coming out with, keep up the good work!

Wow, this is extremely clean. And the choice of pump was stellar - you didn't even need to install a front bushing! Major props!

Very clean! I like your method of attachment much better than how I did it in the 'bargain'. By shaving down the shell pump sizes are much less finicky (since you can just customize it to whatever pump you're using).

I do not understand why the seal is so bad though, when I started using pumps as plungers I found that the seals are almost always perfect. Could this have to do with your use of a dual action pump? Perhaps the O-ring is jammed in the 'backstroke' position letting air around it. If you ever revisit this I suggest a cheap ball pump. Those normally utilize skirt seals which only seal in one direction, and so are perfect for this application.

I also really like your use of the original plunger rod. The end result is that this is incredibly clean, it almost makes me want to swap out hot glue and e-tape for actual viable connection techniques! Great job!

My hardware store sells every PVC/CVPC size in 2ft or 10ft lengths. Great mod just needed a better seal and your good.

Not that I don't need more grinding in my life.

I guess I've never used a balloon pump, but is it possible the seal just isn't very great to begin with? Pumping up a balloon isn't the same as pumping up something like a bike tire or nerf gun, and they might want a bad seal to protect against overpumping and popping the balloons.

It actually looks pretty nice with the plunger tube sunk down into the trigger area, and easier easier to do then raising the catch up like I attempted to do a while back with a similar plunger tube replacement. I'll have to see if I still have some of the parts around, thanks for the ideas!

Another mod well done MIG. You are so creative in your mods that I never get tired of them. I have one question though. How do you have time to do all these mods?

Another mod well done MIG. You are so creative in your mods that I never get tired of them. I have one question though. How do you have time to do all these mods?

It's an illusion. I've actually done the past few mods over 3 weeks. Most of them only took me 2 to 3 hours. It's the write ups which take a long time. Basically, I bank a few mods then when I have time, I'll do a write up(s). Over the past few weeks I've done 4 relatively small mods including this one. I did the write ups but just post them days after each other. To me they took 3 weeks to do. To the public it seems I push them out every other day.

Nice. Super simple mod that almost anyone can do.
I love how everybody's making writeups on replacing Nitefinder plunger tubes. Pretty much shows that you can make a Nerf blaster out of anything.